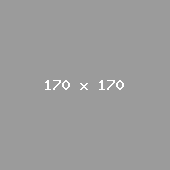 Cary is the person that will cut through the trendy business-speak and help define what the real goal is. A fan of function over form, his charge is to ensure that creative doesn’t mask the need and that the work is focused on results.

Too honest at times, he believes the world could benefit from some more ‘old-fashioned’ and less ‘bright and shiny.’

Cary is active on several community boards and causes, including volunteering as a board member for little league and coaching youth basketball and football.

He was a founding member and the initial Chair of Fusion:Bangor, an organization developed to connect and inspire young professionals to become active and engaged in their community.

He has served as a multi-term city councilor, is a former Mayor of his home town Bangor, and founded the Mayor’s Coalition in Maine.

In the summer, he can’t get to camp fast enough. In the winter, you’ll find him trying to keep up with his kids while avoiding trees on the ski slopes.

He can juggle, make wine, can say the alphabet backward, thinks A1 is a national treasure, swings a baseball bat in the office during phone calls, and once took home a trophy in a stand-up comedy competition.

But the role he loves best is being blessed to serve as a proud husband and dad to a happy and healthy family. He lives in Bangor with his wife Tori and three children – Maddie, Serena, and Spencer.