Google's July core update is more volatile than June's, Apple is in hot water with advertisers over privacy updates for iOS 15, Google weighs in on website revamps hurting rankings and Facebook brings revenue value for publishers. 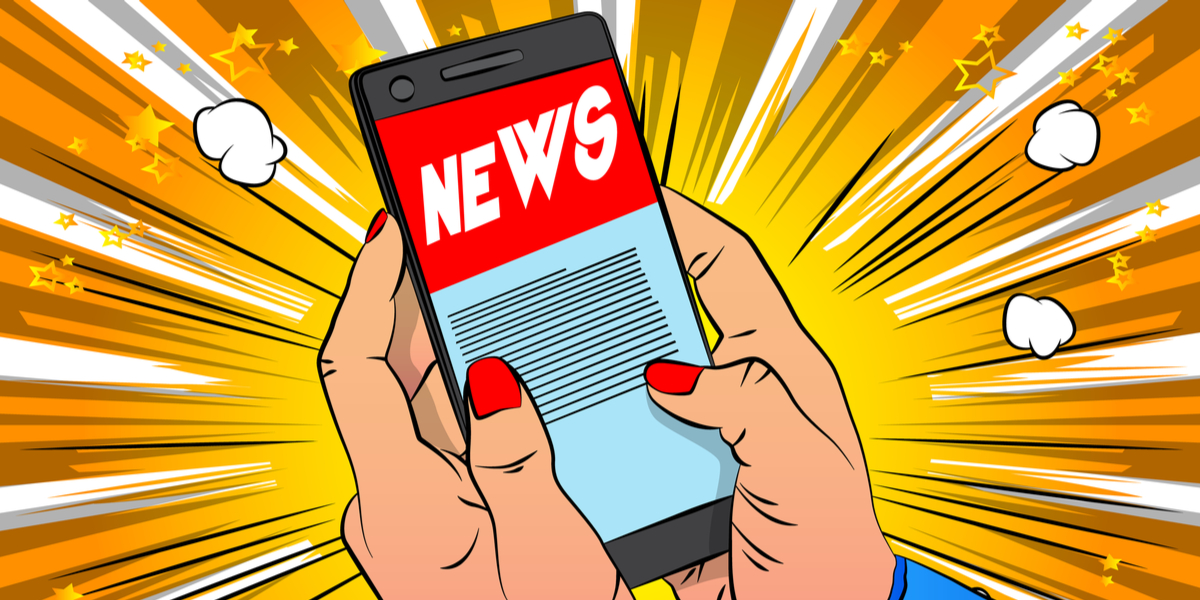 Sure, none of us can say we did something as wild as fly into outer space last week. But that doesn't mean we can't give ourselves a good ol' fashioned pat on the back for all of the hard work we did put in to achieve our most aggressive traffic, leads, and sales goals.

We're not astronauts, but we are daily and weekly results warriors, right? So, let's arm you with the digital marketing and sales news you may have missed last week. That way you can continue to make smarter decisions faster this week ...

1. Google's July core update more volatile than the one in June (via Search Engine Land)

Let's get you up to speed on what the heck this bit of news is about. Although be warned that (per usual) Google has been pretty tight-lipped on any details while also saying there's nothing to be concerned about.

What does this mean for you? Well, Google is right in that they make a lot of core updates throughout the year. Of course, right now is a much more volatile time with Google as these core updates also overlap with the page experience update that began its rollout last month.

So, for now, stay focused on creating the best content possible for your ideal buyers and optimizing your business website's user experience. And try not to panic or overreact too much as you see potential fluctuations in your website traffic.

As we covered previously, Apple iOS 15 has already been making waves with marketers and newsletter creators because it promises to cut off access to tracking data about how marketing audiences react to and engage with emails:

"In the Mail app, Mail Privacy Protection stops senders from using invisible pixels to collect information about the user. The new feature helps users prevent senders from knowing when they open an email, and masks their IP address so it can’t be linked to other online activity or used to determine their location."

Now, advertisers and the ad tech industry overall are upset. They say that Apple is making broad, sweeping changes that negatively impact pretty much everyone except for Apple:

" ... [Apple] can change the rules within its ecosystem with minimal financial risk to itself while imposing a severe impact on other ad tech companies. By turning its rivals’ (read Google and Facebook’s) key revenue source into a liability while wooing consumers with a privacy-first message, Apple has become the leader of the very market it publicly decries."

Meanwhile, Apple CEO Tim Cook is adding fuel to this fire by calling the behavior of advertisers "creepy."

Whenever you go through a website redesign project, your goal is likely to increase traffic, leads, and sales. Duh. As a result, one of the biggest outcomes we fear of a website redesign is accidentally doing something that hurts how well our content ranks in search results.

In a recent "Office Hours" hangout, a website owner asked a question targeting this very issue. Previously, they had "revamped" their website without hurting their rankings. However, this time around, they weren't so lucky, and they experienced "extremely negative ranking changes in Google search."

Unfortunately, before answering, Mueller did not clarify what was meant by "revamping" the website. That said, here is what he shared:

“In general these kinds of things I would look at on a per website basis. There is nothing on our side that is kind of saying that … if a website is revamped then we must change its ranking ...

“But the main thing that I would watch out for when you’re doing a revamp is to make sure:

“That the URLs stay the same as much as possible so that you don’t change the URL structure.

“That the internal linking stays the same as much as possible.

“That the content and the layout on the pages stays the same as much as possible.

“And if those technical elements are essentially aligned, then from our side the only thing that we see is that maybe the website is a little bit faster now because you’re using a faster infrastructure.”

4. Facebook is No. 1 in revenue value for publishers (via IMPACT)

We took a deep dive into some data from Digiday last week about how much revenue and brand-building value publishers get out of different social media networks.

So, what did the data have to say?

“For publishers, there is no contest here because 49% of publishers reported that Facebook is either "valuable" or "extremely valuable" in driving revenue. In contrast, Twitter (which I know grabs a lot of headlines) is actually driving the least ... even below TikTok.”

Only time will tell:

“Of course, this picture may change since Twitter wants to double its revenue to $7.5 billion by the end of 2023.

“Quite frankly, I don't see how they do that effectively without figuring out a way to make the platform valuable to the most prolific content creators of all: publishers. As someone with her own personal brand, I love the stuff they're innovating, features-wise, for individual and independent creators.

“But as someone who also works for a publisher, I'm curious when we're going to have our day to shine.”

Inbound marketing help: My traffic and leads are down — what am I doing wrong?

What is a featured snippet? [Definition + Examples]