Google lays out new timeline for cookie-blocking piece of their Privacy Sandbox Initiative, Instagram expands timeframe for analytics, 'funny' seniors imagery could hurt your bottom line, and post-pandemic interpersonal skills are rusty in the workplace.

I was last-week-years-old when I learned that Bill Murray's iconic character of Carl Spackler in Caddyshack was originally written as a completely silent role with no lines. Obviously, once Bill and his schtick were cast, that changed ... but can you even imagine that film without moving, heartfelt lines such as:

"Licensed to kill gophers by the government of the United Nations. A man, free to kill gophers at will. ... Who's the gopher's ally? His friends. The harmless squirrel and the friendly rabbit."

Anyway, that wasn't the only big news story. Here's what you need to know about the top digital sales and marketing stories you may have missed last week, so you can continue to make smarter decisions faster this week ...

1. Google releases a fresh new timeline for the Privacy Sandbox Initiative (via Google)

Google created their Privacy Sandbox Initiative with a singular vision:

“The Privacy Sandbox initiative aims to create web technologies that both protect people’s privacy online and give companies and developers the tools to build thriving digital businesses to keep the web open and accessible to everyone.”

This sounds great – in theory. However, the PSI has also left a lot of publishers, website owners, marketers, and advertisers feeling completely stressed out, if not outright angry, because of the changes Google is proposing to achieve this vision.

For instance, blocking the third-party cookie on Google Chrome is a big part of achieving the mission of a more private and open web ... and not everyone is happy about it because it could have serious, negative impacts on the bottom lines of companies that rely on third-party cookie-tracking for ads, personalized content, and more:

"Google wants to wait a bit, Apple and Firefox believe the crisis is already too big and have already started blocking third-party cookies — perhaps before there’s a viable replacement for some use cases (and in some cases, they may not want there to be one).

"The battle is big and the rhetoric is getting sharp. People accuse Apple of wanting to smother the web in favor of a walled-garden App Store. Others accuse Google of wanting to maintain an ad-tracking dystopia.

"Google worries that cutting off cookies now will encourage bad actors to switch to harder-to-stop fingerprinting methods, but then everybody notices that it’s awfully convenient that Google doesn’t want to stop ad tracking until later." (Source)

Especially since Google is saying that, even with new replacement technology, no company, publisher or advertiser should expect the same level of individual user data to be available. That time is over, as the future of the web will be private.

To further aid impacted website owners, publishers, advertisers, regulators, and other interested parties, Google published a revised timeline last week that breaks out when they envision all of the different pieces of PSI being completed:

Admittedly, there's a lot of technical jargon in that little calendar view. But, at a high level, here's what you can expect:

Google also noted in the FAQ that the timeline will be updated monthly and:

"It’s difficult to forecast how long the open, public process for developing a new web technology might take, as the new APIs may receive a lot of feedback or require multiple testing cycles. These extended discussions and testing stages often produce better, more complete solutions, and the timeline for testing and ready for adoption of use cases might change accordingly."

This is a tiny bit of news, but still, it's exciting.

As we talked about a couple of weeks ago, Instagram is considered one of the most valuable platforms for brand-building if you're a content publisher: 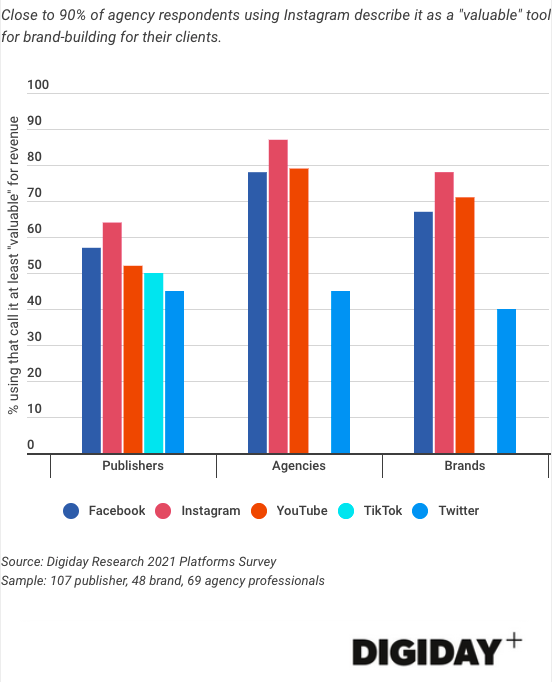 Fun fact! If you're publishing content on a regular basis as part of a larger inbound marketing strategy or They Ask, You Answer-based approach to inbound, you're a publisher and that tidbit of information applies to you.

Now, your insights into how well you're performing on Instagram are about to get much deeper: 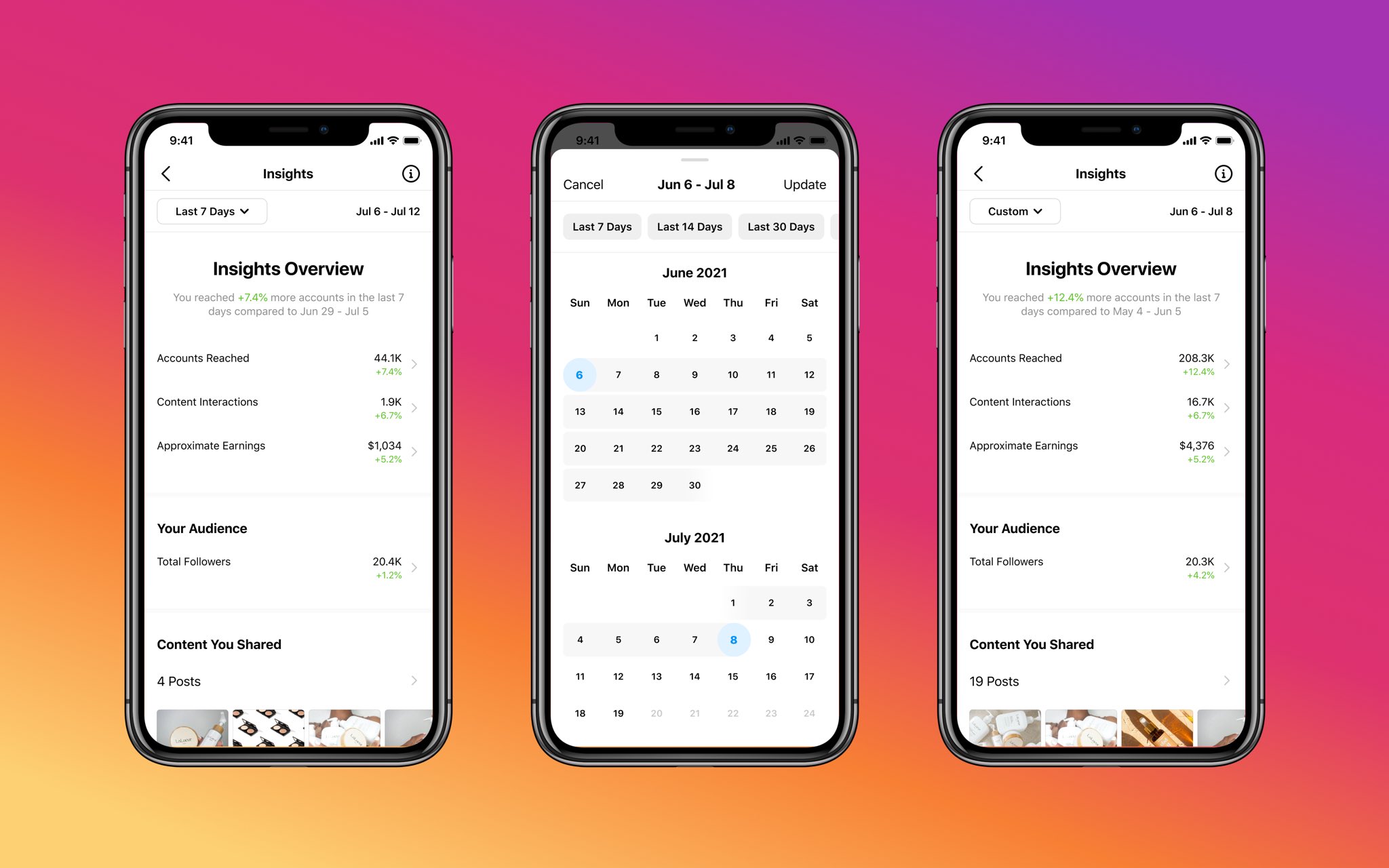 According to Instagram, they're expanding the metrics reporting window from 30 days to 60 days. They're also planning on expanding that window to 90 days "later this summer."

3. Data: 'Funny' seniors imagery is not only demeaning, it's inaccurate (via IMPACT)

Photos of seniors humorously perplexed by technology are not only a meme culture staple, but they're also often used by well-intentioned marketers to get a laugh – but new data from Google spotlights how misguided these images are:

Again, if you've adopted a They Ask, You Answer approach to inbound marketing to drive more sales, you need to pay attention to this bit of news. Remember that the pool of ideal customers you have – the "they" asking all of those questions you're answering in your content – are likely more diverse than you think.

🎓 IMPACT+ course: They Ask, You Answer fundamentals with Marcus Sheridan

We spent more than a year wishing for life to just go back to normal, as the COVID-19 pandemic wreaked havoc on every aspect of our lives – personally and professionally.

Now, with The Big Quit, and as employers and employees struggle to realign expectations around remote work and what constitutes normal working hours, there's another challenge on the horizon:

“Employees’ soft skills didn’t disappear during lockdown, but they did lie dormant and will need dusting off and refreshing as people return to the office ...

“[Helen Jambunathan, associate insight director at U.S. and U.K.-based employee behavioral experts Canvas8] cited how soft skills around areas such as body language will need to be addressed as people move from a virtual-only world and start meeting clients and senior colleagues face-to-face again.

“'This will be a key part of adjusting to in-person interaction,' she said. 'On Zoom, we’ve been using purely verbal and facial cues, but when returning to the office, we suddenly have much more information to work with.'”

It's a fascinating read and a reminder of how nuanced our "return to business as usual" approach needs to be; we're not simply navigating lifestyle and office-reopening procedures.