The folks at Berry Insurance faced a challenge. They knew that insurance was something that everyone needed but no one knew much about. Even worse, people associated insurance with the worst moments of life: accidents, injuries, and disasters. Would inbound marketing really work for a small independent insurance company? Would people even want to read about insurance?

As it turns out, the answer was yes.

The Berry Insurance team was already committed to educating its buyers, dating all the way back to when the company was founded in 1922 by Joanna Berry. But the majority of that teaching occurred over the phone or across the desk from a client as they were working through choosing insurance plans.

But the commitment to educating buyers became the company’s top priority in 2017 when Kaitlyn and Chris Pintarich purchased Berry Insurance from Joanna’s grandson Bob Berry.

At that point, Berry’s website was like most local business websites: focused on telling prospects how great the company was without really talking about the problems they solve for people. Kaitlyn knew she needed a new website, but she had her hands full. She was heading up the marketing department herself while also running the company.

Kaitlyn sought advice from an insurance marketing consultant who encouraged Kaitlyn to attend a conference in Hartford, Connecticut.

The conference was IMPACT Live 2018.

During the conference, Kaitlyn heard from speakers like Zach Basner, Chris Duprey, and Marcus Sheridan; all of whom described the value of They Ask, You Answer: When companies committed to becoming the most trusted voice in their industry, they could take control of their sales and marketing.

Kaitlyn’s recollection of IMPACT Live is short and sweet: “I was blown away,” she says.

But Kaitlyn had one looming problem: “I left with a million ideas I didn’t know how to implement.”

After trying to implement They Ask, You Answer on their own, Kaitlyn and her team hired IMPACT’s coaches and trainers to help bring the framework to life at Berry Insurance.

Bringing marketing in-house with They Ask, You Answer

Kaitlyn’s first step was to hire a full-time content manager, Corin Cook, who could begin producing three educational pieces of content each week to answer the most important questions buyers have about insurance.

Corin came in and hit the ground running.

“It really is helpful to have a content manager because it really is a full-time job,” says Corin, “It’s more than just writing content; You have to talk with your team and figure out where the needs are, you need to know the strategy is working. I want to make sure a piece covers all the questions readers have so they’re not left wanting more.”

To get Corin up to speed on all things content marketing, They Ask, You Answer, and to develop a content strategy, she attended weekly, one-on-one meetings with an IMPACT trainer.

“Working with my content trainer has been great,” says Corin, “He’s really helped me take a step back and work on a strategy to make sure my content actually works, which is important to me. I could write all day, but I won’t feel like my work is valuable unless I feel like it’s making a difference.”

Building trust in the sales process

“Since implementing They Ask, You Answer in sales calls, we made it so much quicker and easier for our clients to understand insurance, it was painless,” explains Vice President, Chris Pintarich. “When people call us up, they’ve already looked the info up on our website. When we get on the phone with them, they’re basically spouting all the information we need, and then we’re able to go to the underwriter with everything and get right back to them.”

“They Ask, You Answer has changed my role,” says Shelly Moscatelli, client success manager. “I’ve been in the insurance industry for eighteen years now. We get asked a lot of the same types of questions repeatedly. But now, before I get the chance to speak to a prospect, most of their questions have been answered through the content already.”

Implementing They Ask, You Answer with IMPACT’s help has transformed my business.”

The kind of results that change lives

So what kinds of tangible results has Berry Insurance seen since first embracing They Ask, You Answer as their company’s guiding philosophy? 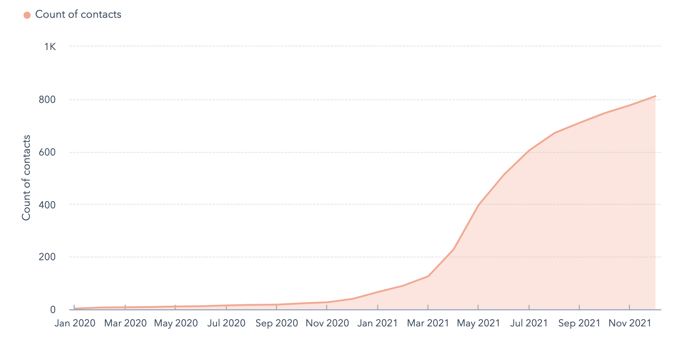 A shift in company culture

But as Kaitlyn says, the most significant changes Berry has felt in the past few years since embarking on this journey aren’t all leads and revenue-based. They’ve experienced a shift in their company culture.

“We have seen so much growth — and not just in revenue — but in the way our team interacts with each other, in how we cross-train, and how we collaborate so much better now.”

When pressed, Kaitlyn is more than happy to share what it really takes to be a They Ask, You Answer success story.

“For business owners to really succeed,” she says, “they have to have, in their value system, a desire to help. If you have that, then you will succeed. It’s just going to be innate in you, that desire to help customers and help people in whatever way shape or form that you can, you will succeed at They Ask, You Answer.”

Insurance may be hard to comprehend, but the wonderful people at Berry Insurance are doing everything they can to make the process as helpful and hassle-free as possible for their customers — and anyone else with insurance questions.

Because as Kaitlyn likes to say, “People don’t buy insurance, they buy peace of mind.”

Berry is poised for long-term growth

Berry Insurance has seen such a transformation in their business through They Ask, You Answer that even though they’ve created well over 100 pieces of content, when most businesses would begin to back off, they’re instead doubling down.

“We’ve seen such incredible growth that now we need to bring on another account manager in our personalized department,” explains Kaitlyn, “we’re looking for a commercial lines executive on our commercial lines side, and I see in the very near future that we’ll need to bring on someone else full time in marketing. And that’s incredible considering never once did I think we’d need a full-time content manager. It’s just not something insurance agencies do.”