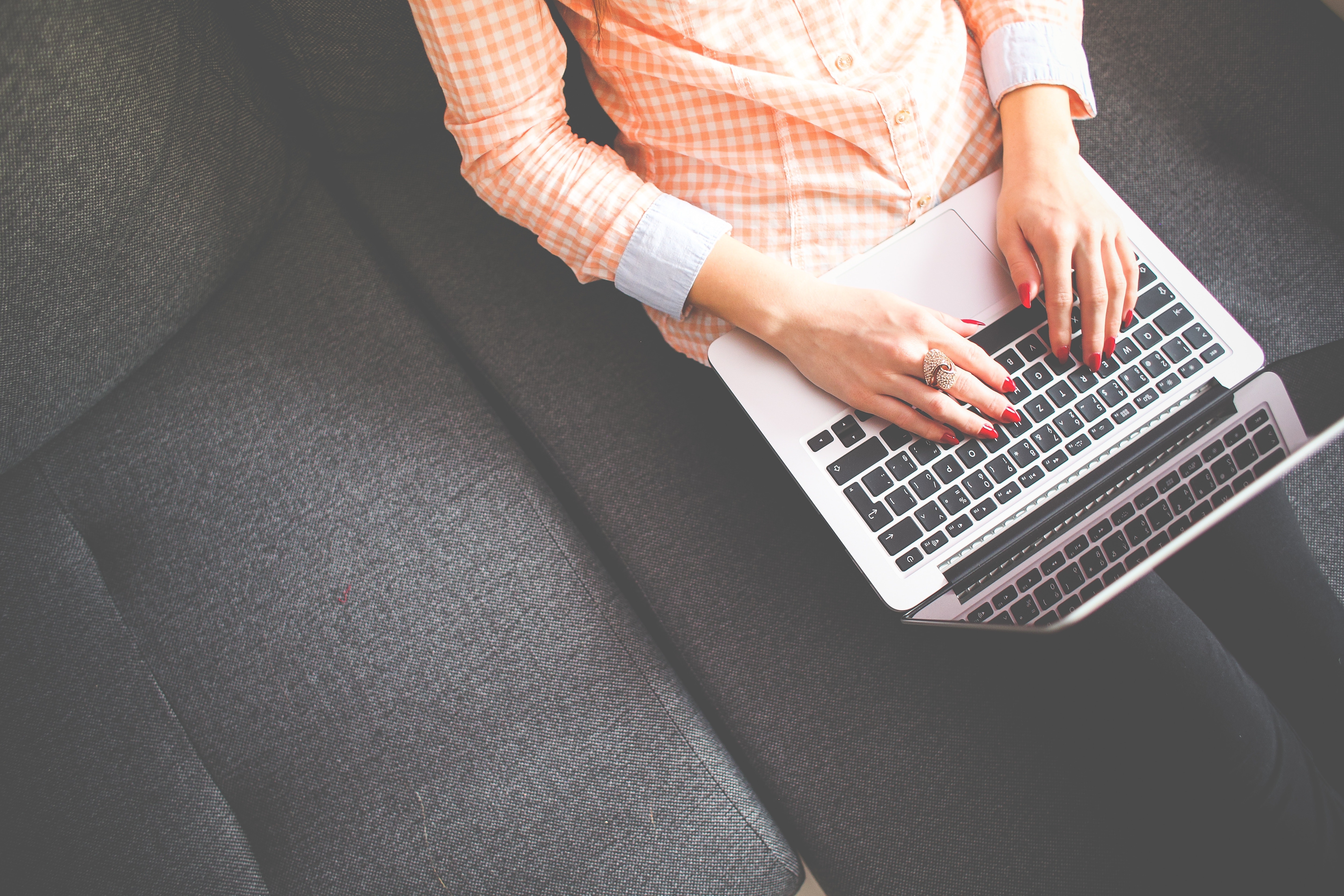 Even though I’m a writer who can sometimes make 1,000+ word counts look as easy as riding a bike, don’t be fooled by my graceful exterior.

Not only do I not know how to ride a bike (gasp!), I also find myself mentally pulling my hair out when I’m under a deadline to produce blog content for work.

And there’s nothing more frustrating about the blogging process than writing an introduction.

There's so much riding on your introduction, you know? If you don’t nail it, all of the expertise-laden goodness nestled within the body of your article will go unseen and unloved.

Yet somehow, even though an introduction should be fairly short and an invitation to readers to hear more about what you really want to talk about, it’s one of the hardest things to write.

So, today, I’m speaking to those who struggle in the blog introduction department. The huddled blogging masses who are tired of blinking cursors that mock you with each blip, because those inspiring introductory words and phrases won’t just fall out of your head and onto your screen, as if by magic, like they’re supposed to.

Your days of sadness are coming to an end, my friends, for here are three easy blogging tips to kick-off your blog articles, when you’re feeling uninspired… or for when you need a little nudge in the right direction.

Virtually all blog articles fall into one of two categories -- you're either answering a question or solving a problem.

And, in most cases, there is some level of urgency behind the intent of that reader, who is either asking the question or seeking out a solution to the challenge they're experiencing.

For example, let's say someone is struggling to have a tough conversation with a colleague, and they're looking for advice on the best way to have that conversation.

You could be really boring and start your article with:

But, holy cannoli, is that also boring and utterly lazy.

Whenever you're dealing with any sort of topic where you know your reader may feel a sense of negative urgency, one of the best ways to introduce your topic is by playing into their agitation by painting a detailed picture of how they feel.

You're all smiles over coffee with your team in the morning, but inside you're filled with dread.

Even though you know avoidance only makes things worse, you've been putting off having that conversation with one of your coworkers for days -- or maybe even weeks.

Whether you're delivering critical feedback about performance or confronting someone about their behavior or an incident, it's totally natural to feel nervous having these types of conversations with a coworker or a direct report. They're not supposed to feel fun or be something you look forward to.

(I know from experience, as I've been on both ends of those conversations myself throughout my own career.)

There are, however, time-tested strategies that will make it much more likely that your own conversation -- while still challenging and often delicate -- will have a productive outcome.

So, take a deep breath. Here are a few of our favorite tips that will help you navigate through this tough conversation.

Beyond the fact that it's more interesting to read, this style of introduction is a winner for two key reasons:

If you don't want to be that direct, you can employ the same strategy but as a hypothetical:

Stop us if you've heard this one before.

Molly shows up to work with a pit in her stomach. She has to confront Jack, a member of her team, about not pulling his weight on a work project for their leadership team.

She's got loads of project management experience, but she's never worked with someone where this has been an issue, so she's not sure how to handle the conversation.

She wants to be firm and clear with Jack, and she knows the outcome she wants is for him to start contributing as he should have been from the start.

But she's also worried about being too harsh or worse, being too nice, and she doesn't know how to frame the issue in a way that is productive and doesn't result in Jack being angry or unwilling to resolve the issue.

This scenario plays itself out over and over again in offices across the country, because tough conversations -- either with peers or direct reports -- come with the territory of being a working professional.

But what are the best ways to manage these conversations? And what are the most common mistakes people make when confronting their colleagues?

In this article, we're going to share with you our top strategies for ensuring these tough conversations result in productive outcomes.

Before you embrace this strategy, a word of caution. You need to be hyper-aware of the context of your article before you go all-in on the "paint the picture" style.

For example, your ideal customers might be annoyed by such an approach and prefer a more direct introduction, without a lot of fluff.

So, evaluate your audience and your topic before you go down this road.

Now, if what inspired you to step up to the keyboard is your own personal experience, don't be afraid to tell your story.

I'll use the tough conversations topic we used above to show you what I mean:

"Ugh, this isn't what I signed up for," I remember thinking to myself.

I was sitting at my desk with my head in my hands, as a first-time people manager at LivingSocial in Washington, D.C.

I remembered being so excited when I had first been promoted a few months prior. I was ready to be a leader who empowered others to do their best work through positivity, and who was known for being there for her people.

Now, I had to sit down and talk to a person on my team to give them a written warning and put them on a performance plan.  I was not looking forward to it.

It was the exact opposite of everything I had wanted out of my new role, and I spent the entire weekend leading up to it feeling sick to my stomach and dreading that conversation.

Today, I'm a little older and (hopefully) a little wiser. At the very least, I've got a few gray hairs that will delude people into thinking I've matured somewhat throughout my career.

But between that first test as a people manager and today, I've had to have a lot of those conversations. (And, if I'm being honest, I've been on the receiving end of a few, myself.)

That performance conversation of yesteryear wasn't a big ol' party -- those types of discussions rarely are -- and there are a lot of things I probably could have done better.

But through that experience, and many others that followed, I've learned a lot about what works and what doesn't in those situations.

While there should never be a day where you get excited to lay into someone who works for you (or with you), the following tips and strategies will help you have tough conversations in a way that are as positive and productive as possible.

Similar to the first strategy, I'm establishing who the article is for and the problem I'm trying to help solve. I'm also creating an opportunity for the reader to see themselves in me and to forge a personal connection with them, even though we're not face-to-face.

This style is great for topics where you're addressing a challenge or a problem where the readers may be a bit nervous to express vulnerability or admit that they don't know how to to do something.

By making it personal, you're validating how they feel and making them feel less alone. So, before you've even told them how to make the pain go away, you've already made them feel a bit better.

The key, however, is provide just enough detail to make the story real enough for your readers, without going overboard.

Share only the details and thoughts that move the story forward, so you can get to the point.

If you don't have a story, you can still get personal with a confession.

Well, you don't have to look far to see that in practice, since that's exactly what I did for this blog post, when I admitted that I hate writing introductions just as much as the next guy or gal -- even though content is my freaking job.

It's not Homer's The Odyssey, but it's still a great way to dive into an article in a way that creates a human connection between you and the reader and demonstrates you understand what they're going through.

If you're not a big fan of story-telling, but you have a lot of thoughts and feelings, you can set the stage for your article in a direct way by sharing a big, bold opinion through a response to something else.

For example, maybe you've read an article that you either entirely agree or disagree with. Or maybe there's a long-held belief or misconception out there you're been dying to correct.

If that's the case, don't tap dance around it.

Lean into the fact that you have an audacious opinion and shout it from the virtual rooftops. (No one ever stood out from their competitors by playing it safe or sounding like everyone else.)

"The customer is always right."

Whenever someone says this to me or to their team as a way to motivate them -- even in jest -- I want to shake them. While I understand the good intentions behind it, that ubiquitous nugget of fortune cookie-esque wisdom is a destructive mentality for business leaders to embrace or share with their people.

Recently, Liz Murphy published an article in which she said, "Don't get overwhelmed [with the idea of pillar content], it's worth it."

She's one of the smartest people out there when it comes to inbound content strategies, but in this case, I have to respectfully, but also passionately disagree.

You should be panicking about pillar content. Loudly. It's a big waste of time and effort, and here are the top five reasons why.

Remember What an Introduction Is All About

And you need to do all of that in a way that's easy to read, doesn't bore people to death, or gets out of the way fast enough so your audience can get to the good stuff.

Whew. That's a tall order for a few paragraphs.

Don't worry, though. If at first you don't succeed, skip your introduction and come back to it later. Just because it's the first part of your article doesn't mean you have to write it first.

In fact, some of my best introductions only came together after I had time to work through my ideas in the body of the article.

If you need content marketing inspiration, all you need to do is listen

Business blogging in 2021: 5 highly effective tactics for the new year