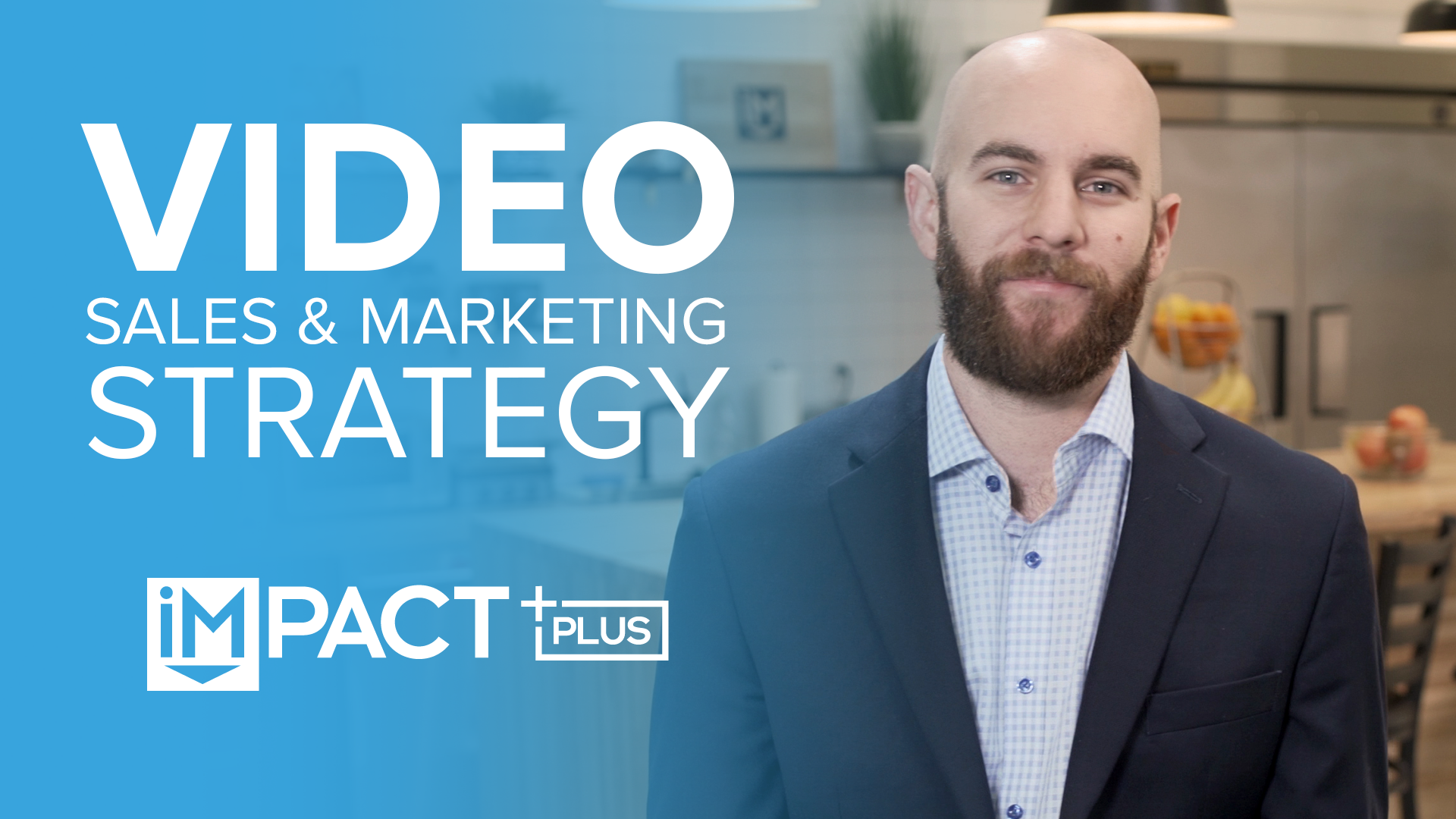 Bernie Sanders is firing up the Millennial crowd, Beyoncé releases her 6th album "Lemonade," and the Paris Agreement on climate change is signed in New York.

Holy cow, this is gonna be good.

Over the next several months, everyone from homegrown marketers to multi-billion dollar companies to grassroots organizations were streaming live, and people were responding in kind.

By summer 2017, 20% of videos viewed on Facebook were live broadcasts.

Words like “revolutionary” and “game-changer” were being bandied about by the media, and everyone was happy as a clam creating video content in a free and easy way.

Cut to three years later and the initial frenzy has worn off a bit.

We know that last year Facebook assessed there had been 3.5 billion live broadcasts since the tool was introduced. Giants like Entertainment Weekly, Bloomberg, Martha Stewart, and the NBA are still regularly using the platform.

Facebook followed up by rolling out Watch in 2018 to highlight live shows and episodes, and to make it easier for consumers to find live videos. Facebook Live how-to guides abounded.

A quick search of live videos on Watch shows that local news outlets and national news channels like ABC News, PBS NewsHour, Sky News and NowThis are taking advantage of the changes in the way people are consuming television and news these days.

Buzzfeed claimed its Facebook Live viewership decreased significantly last year and is turning its attention to Twitch instead.

For better or for worse, Facebook Live has also been thrust into the spotlight due to its abuse and misuse, such as the streaming of a rash of police shootings in the U.S. More recently, the mass shooting in Christchurch, New Zealand, was broadcast live on Facebook as well, with Facebook responding with a vague proposal of user restrictions.

Despite all these concerns, when you add up the sum total of the benefits of Facebook Live, along with the fact that we know first-hand that our clients are still seeing phenomenal success with the platform, does Facebook Live still matter for marketers?

The short answer is yes.

If Facebook’s aim with Facebook Live was to engage all 2.32 billion users and have normal, everyday folks streaming themselves eating breakfast or walking their dogs, I’m not sure we’re there yet. (Sidenote, do we even want to be there??)

But, for businesses, brands, and marketers, Facebook Live is still a relevant tool. Here’s why.

There’s no denying that.

We’ve all seen the statistics and know that video is on the rise with no signs of stopping.

Facebook Live lets businesses create video content quickly, for free, and to a huge audience. These videos have been proven to drive page engagement, and video content is being rewarded by Facebook’s algorithm…a notoriously hard nut to crack.

These days, ultra-slick produced video still has a major place at the table, but it’s the kind of down-and-dirty videos that Facebook Live produces that humanize brands and go viral like no other type of content. (Who can forget Chewbacca mom?)

Live Streaming Is Only Getting Bigger

You can even stream live on multiple channels or Facebook Pages with software like Restream and Live Leap.

Despite all the competition, Facebook Live is still one of the most popular live streaming channels -- and it’s easy to see why.

Facebook itself has more users than any other social media channel, and with more than 500 million of these users consuming video content on the regular, don’t you want to hop on that train before it leaves the station?

Facebook Ads is undeniably a powerful platform, and it’s even more so with video.

Whenever one of our clients finishes a Facebook Live session, we caption it using a service like Rev.com, then amplify it using Facebook Ads for TOF audiences.

Because as much as Facebook’s algorithm favors video, utilizing an ad to target the right audience creates exponentially more qualified viewers than organic alone ever could.

For things like product launches and brand affinity, this increased viewership is gold and can quickly translate into increased sales.

And, on the whole, video ads perform better than image ads.

What’s more, once someone views a Facebook Live video, they can be retargeted for other ads. Win meet win.

Users can see a tally of live viewers during the broadcast and a comprehensive overview of a Live video once it’s complete.

You can see things like total views, 10-second views, the total number of minutes viewed, and more. Not only do these metrics help you see if your Facebook Live tactics are successful in general, but they also help you determine what type of videos your audience responds to the most.

All of this information can be used to refine your strategy and see even better results.

Always Think About Your Audience First

Look, just because Facebook Live is still relevant, it doesn’t mean that we recommend this tactic to all our clients.

First and foremost, take a look at your audience and your overall engagement on Facebook.

If these numbers look good, streaming live on Facebook is definitely worth a shot.

After all, it’s quick, it’s free, and the users are there for the taking. Here are a few ways to start using Facebook Live for your marketing.

Who doesn’t like an educational question and answer session?

If you’ve got a product or service that could use some explaining, build up your industry cred even more by hosting a Facebook Live Q&A.

It can be an off-the-cuff session where viewers post questions in the feed during the live broadcast, or even better, you can create a landing page with a form to capture questions in advance of your Q&A and reap the benefits of new contacts before you’ve even stepped foot on Facebook Live. Our client Sara Harberson, a college admissions counselor, has been hosting monthly Facebook Live Q&As since way back in October 2016, and her latest session last month garnered 138K viewers and 180 shares.

Not only do these sessions provide valuable information for her audience, but they also give her a platform to promote her products and services to thousands upon thousands of people.

2. Showcase a Product Demo or Announce a New Product or Service

There’s nothing like live streaming to create a buzz around your product or service.

If you build momentum before you go live, your audience will respond with excitement and positivity.

If you offer a product that sells better if it’s shown in action, for example, Facebook Live is the perfect place to do just that.

Think of it as the Home Shopping Network of the 21st century and be sure to post direct links to all of the products you demo in the comments section under the live feed.

One of our clients, an advanced skincare eCommerce company, hosts regular Facebook Live sessions where its CEO showcases its products, performs live demos, and covers FAQs. Afterward, we amplify the video with a Facebook Ad.

The result? Their organic efforts garner upwards of $25K in sales within 24 hours. Once we amplify the video with a Facebook Ad, we prolong that sales surge and increase views and engagement.

If you’re lucky enough to have a celebrity, an influencer, or a well-respected industry leader repping your brand, get them on camera stat.

Facebook Live is a great venue for real-time questions, information, and, yes, even live mishaps and foibles.

The rawness of a live interview is what makes this type of content so engrossing for viewers.

Any Outlander fans out there? ::Raises hand:: Below is a great example from Entertainment Weekly. And here’s what happens when two high-profile personalities get together.

From make-up tutorials to birds-eye view crafting sessions, how-to videos have blown up all over the internet.

Get in on that momentum by using Facebook Live to host a how-to.

Are you a clothing company? Show how to style your clothes. Selling cookware or food items? Use Facebook Live for step-by-step cooking lessons like this example from Martha Stewart.

5. Host a Weekly or Monthly Show

If folks enjoy what you have to offer, they’ll be willing to drop everything to tune in to a regular show. If you do it right, they’ll keep coming back for more. Keep it fresh, keep the content engaging, and make sure your hosts really know their stuff.

Don’t Knock It Till You Try It

Okay, so…yes, this is all to say that Facebook Live is still relevant for businesses.

Is it something to hang your entire video marketing strategy on? Probably not, but live streaming isn’t going away anytime soon. Certainly, video isn’t.

So if you’ve spent time building your audience on Facebook, why not reach out to those fans with a live stream?

As with all good marketing, if you give your viewers something valuable, they might just pay you back and then some.

How To Hire an In-house Videographer: Selecting and Interviewing the Best Candidate

How to Do Small Business Video Marketing

How to Create a YouTube Channel for Business (+ Examples)

How to Get YouTube Subscribers: 12 Tips to Increase Your Fanbase