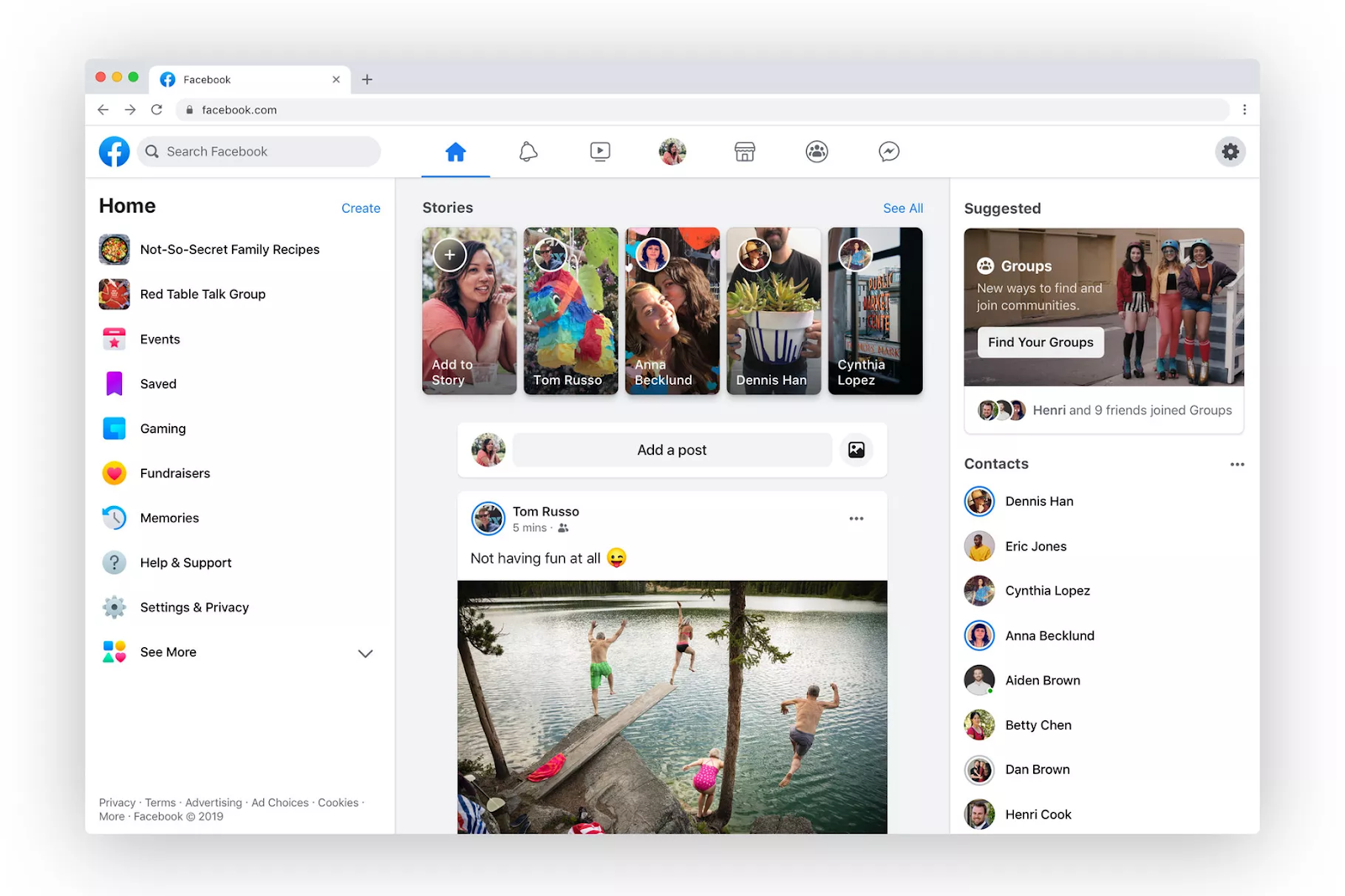 After years of seemingly trying to “reinvent” themselves in an apparent attempt to monopolize the social media landscape, Facebook is getting back to the basics.

During day one of F8, Facebook’s annual conference for developers and tech professionals, the social media giant announced changes to the platform that will enhance the features people are actually using: Events and Groups.

Now, this was a refreshing change of pace from Facebook.

Over the past few years, it seems as though they’ve been trying to be the next YouTube, Snapchat, Ebay, or GoFundMe, while more or less ignoring the aspects of the platform that many users consistently leverage.

I was excited to see these changes come up because it’s a sign that Facebook is gaining a better grasp of what their “place” is in the social media landscape, and making conscious efforts to make those even better.

Moreover, both as a marketer and a Facebook user, these changes provide more opportunities to connect with communities and facilitate more meaningful engagements on the platform.

Personally, my main use for Facebook (outside of a public photo archive of my life) is Groups.

Whether its professional groups to network and learn from other industry professionals, like IMPACT Elite, or local community groups to gain information on what’s happening in your area (or watch people argue about trash removal/noise/traffic etc., ...does every town have this?), these groups provide great ways to connect with people you share common ground with.

If it weren’t for groups, I wouldn’t use Facebook nearly as much, and I’m sure many others can agree - Facebook reported that over 400 million of its users belong to a group that they find meaningful.

Facebook has clearly caught onto this - and as a result, they’re putting Groups front and center on the platform.

In a newly redesigned home page, users will have easy access to a “Groups” tab where they’ll see their personalized feed of updates from those they’re a member of, and recommendations to join new groups based on interest, profession, connections, etc.

This new layout will begin rolling out immediately on the mobile app and will be coming to their desktop site in a few months.

Outside of the updated News Feed design, Facebook is making more changes to the entire platform to make Groups fit more seamlessly into the platform’s model as a whole.

This will make Groups feel like a seamless extension of Facebook, rather than its own separate feature.

Additionally, Facebook is adding more features to the groups themselves to allow both admins and users to have better experiences based on the type of group.

Below are the ones mentioned in Facebook’s blog post, but we can expect that these will be expanded upon in the near future:

These updates are great additions for group admins, members and marketers alike. Groups have already been popular with brands for some time since they can better engage a much more targeted group, and push notifications directly to members with updates.

Having features like this will only create more engagement within Groups, which will help get more eyes on brands’ Facebook marketing efforts within them.

Another primary use-case for Facebook is for events - and for good reason.

Hosts can invite those you’re close with and share information about the event with ease. Guests can RSVP, ask questions, and get updates without the hassle of going back and forth with the host.

Facebook is trying to make the Events tool have greater use than just planning parties, however. They want to actually help users discover events in their area.

To accomplish this, first, the Events tab will also be moved next to Groups in the main News feed, so it's prominent for users.

Once in the Events tab, users can get a personalized feed of public events happening in their area, with a more intuitive map view to see where things are happening.

Users can also look up events by type (music, art, bar crawl, etc), and see what their friends are going to.

The Events tab will be launching this summer, perfect for finding outdoor events in your area!

This is convenient and helpful for users, but also provides opportunities for local businesses to gain exposure by having deals, themed events, or other promotions that attract new audiences.

In addition to gaining more foot traffic, marketers can use this tool to generate more registrations to live events (especially in the days leading up to it to sell some last-minute tickets), and engage with your local community that may not have found your brand otherwise.

Give People the Value They Demand

In the past few years, we’ve seen an influx of social media platforms essentially just copying popular features of competitors in an effort to drive engagement (See: everyone who has added a stories feature).

While it's worked for some in the short term, the fact is that original ideas tend to produce better, more consistent wins over replications.

It's like having a restaurant that sells all cuisines - you can’t do them all well (unless you’re the Cheesecake Factory - but they’re the exception, not the rule!).

So, it’s best to stick with what people love most and be known as the best in that area, instead of average in all the rest.

The truth is, most people will probably never use one social media site exclusively.

They may have personal preferences of one over the other, but many will still engage with multiple platforms for different things.

With that in mind, the idea that platforms like Facebook need to “win back” engagement lost to YouTube is faulted in itself. In reality, YouTube’s users likely are engaging with Facebook as well, just for other reasons.

While it’s true Facebook was once the go-to social media site, others have popped up that have taken up some of the market space.

Instead of trying to be the “top” platform, they are clearly refocusing their efforts to be the first platform that comes to mind for specific features, like Groups and Events.

Hopefully, other platforms follow suit and work on expanding their own feature sets to best serve their audience, rather than being the “jack-of-all-trades” platform.

This approach will help users, advertisers, and the platforms themselves drive consistent, focused engagement across the board.