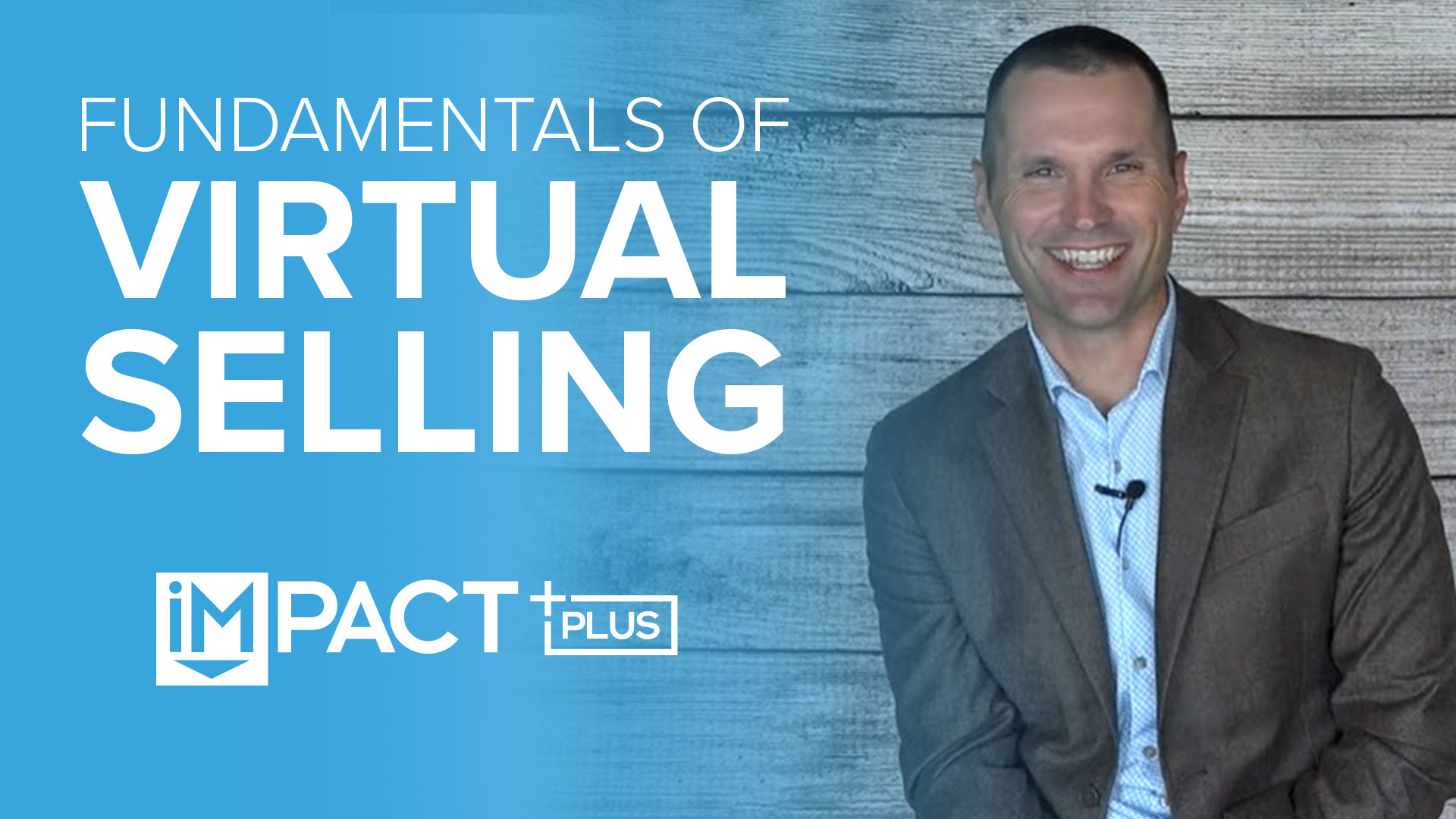 Learn how to close more deals in a video-first, virtual workplace

In this course, you will learn:

How to Role-Play Virtual Selling With Your Sales Team

I know, I know, role-playing can seem like a big, fat time-waster for sales. But, when executed correctly, it can drastically increase your virtual selling close rates.

Seriously, by a show of hands, how many of you have ever uttered out loud – or at least thought quietly to yourself with a fake smile on your face – any of the following when the option of role-playing sales scenarios was mentioned:

It kind of reminds me of the seething, side-ponytailed angst I used to feel as a know-it-all, Leonardo DiCaprio-worshipping eighth grader, whenever my English teacher, Mrs. Hagan, asked us to submit an outline as a separate assignment for an essay we were writing.

Why all the extra, useless work, Mrs. Hagan?! Why are you trying to hurt us?!

But here's the deal, folks. Our digital sales and marketing coaches have worked with hundreds of sales teams around the world, and the outcome is virtually always the same when we really start digging into the preconceived notion that role-playing is a total waste of time.

Role-playing, when executed correctly, is anything but useless. In fact, role-playing (when done the right way):

Moreover, with virtual selling having become the standard for all industries in the wake of the coronavirus (COVID-19) pandemic, it's more important than ever that sales leaders and reps just like you embrace role-playing. Relying on face-to-face sales tactics in a virtual environment simply isn't going to cut it.

By the end of this article, you'll understand how to make role-plays effective, and the the basic dos and don'ts of role-playing virtual selling with your own sales team. You'll also learn the essential best practices you need in order to become a remote-selling master.

The role-playing master at IMPACT also happens to be one of my favorite humans – IMPACT CLO Chris Duprey. And when he talks to business leaders and sales teams about how to transform role-playing from a cheesy time suck into something that's wildly productive, it always starts from the same place:

In order to make your role-playing effective, you have to set the right conditions for that to be true. And you do that by first establishing that everyone has a shared understanding of the "why" behind what you're doing, and that every part of the role-playing experience must be treated like the real thing.

You should also follow these ground rules, as they will mitigate the behaviors and habits that undermine the power of roleplaying:

In addition to following these ground rules, it's critical that you center your role-plays around real-life scenarios – for example, sales conversations that are coming up soon with actual prospects. This will ground you (and/or your team) entirely in reality, where you're fully committed to mastering the virtual selling techniques you need.

If, however, there simply isn't a real-life scenario you can draw upon, center your role-playing around a virtual selling principle you want to practice.

How often should you do role-playing for virtual selling?

It's with that in mind that you should establish a scheduled rhythm of role-playing virtual sales scenarios – for instance, once a week or once every other week. You shouldn't, however, make it something that only happens once a quarter, because as the remote-selling landscape continues to evolve, you need to stay sharp.

🔎 Related: The ultimate guide for video in the sales process

For example, right now I'm learning Italian, and I'm currently being bullied by a hostile green owl to do so every single day. 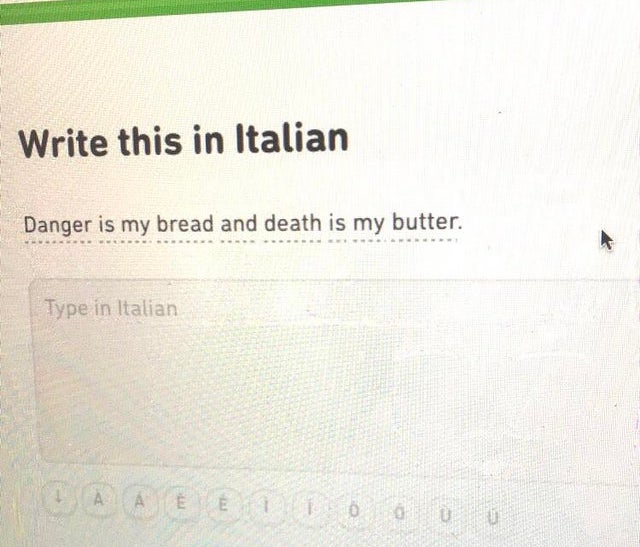 I've committed to a practice. Now, imagine if I scaled back that learning from once a day to once a month? I wouldn't learn nearly as quickly, and (because of the elapsed time between lessons) I wouldn't be so much practicing as trying to remember what I had already learned.

Virtual selling role-playing best practices (during and after)

1. It's OK to pause and try again during a role-play

If you're in a role-play and you can feel in the moment that you didn't handle something as you wanted to, you can "pause and rewind" so you can get it right in that moment. Role-plays are little laboratories for you sales pros, and this is an incredibly effective way to refine your virtual sales communication techniques in real-time, instead of having to wait until after the fact to discuss it.

2. Send a follow-up email (just like in real life)

So, we've mentioned repeatedly throughout this article how important it is to treat these role-plays like real-life scenarios, right? Well, that doesn't end the second after the role-played video sales call is completed.

Instead, if you're the person acting as the sales rep in a role-play, you will want to complete the full experience of the role-play by sending your "buyer" (your role-play partner) a follow-up email as you would if they were the actual prospect.

That way you are able to receive feedback on every aspect of the sales interaction. And, given how critical email is to the success of your virtual selling processes, you need to make sure your follow-up email communication skills are laser-sharp.

3. After-action reviews of role-plays are essential

What happens after a role-play is where the magic happens. It's time to dive into how well it went by discussing what the original goals were of the role-play, whether or not those goals were achieved, and (if they weren't) what the opportunities are for improvement to nail it in a real-life situation.

As the person whose performance is being evaluated, we have to be open to receiving feedback. And, as the partner, we need to be honest with our partners about what worked and what didn't work.

Although we're now more than a year out from when COVID-19 radically altered our lives and the way we do business forever, the hard truth is many sales teams and seasoned sales pros – those used to consistently putting up big numbers month after month, and quarter after quarter – are still struggling to crush their goals in a remote-selling environment.

🔎 Related: Why virtual sales will dominate still after COVID-19

Now is the time to master the virtual selling techniques you need to succeed, because virtual selling isn't going anywhere. That's why we created the following courses (free with a 14-day trial of IMPACT+) to help you become the #1 sales pro (or team) in your space:

If you or your team is also finding it challenging to thrive in this now virtual-first sales world, don't worry, you're not alone. Moreover, all it takes is a commitment to embracing this new way of doing business and learning the new virtual selling tactics and strategies that will empower you to reach your most aggressive sales goals.

What is Inbound Sales? What is Virtual Selling? What is a Revenue Team? What is They Ask, You Answer? Inbound Sales vs. Outbound Sales: What Is The Difference?

How to Make High-Quality Video For Sales, Even On A Budget Best Virtual Selling Tips, Tactics, Strategies, and Tools (Updated for 2022) The Rise of the Introverted Salesperson How to Get Sales Enablement Content from Your Marketing Team How to Make Prospects Feel Comfortable On Your Video Sales Call

Learn how to close more deals in a video-first, virtual workplace

In this course, you will learn:

How to Get Sales Enablement Content from Your Marketing Team

How to Make Prospects Feel Comfortable On Your Video Sales Call

How to Role-Play Virtual Selling With Your Sales Team

What is assignment prospecting?

What is Virtual Selling? (Definition, Examples, and Tips)

Virtual Sales Training Must Check These 4 Boxes To Be Effective

Marcus Sheridan: 'Virtual Sales Can Work in Any Industry'

6 reasons why your virtual sales training was a flop