4 Lessons Every Marketer Can Learn From Netflix's Blockbuster Growth 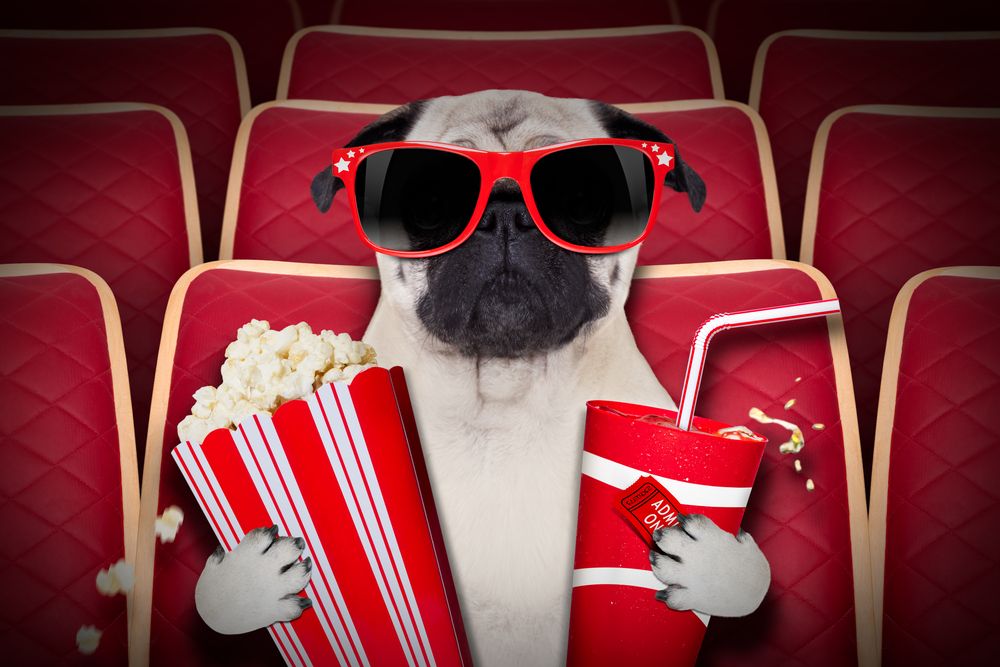 So, tell me. What’s your nightly routine?

Some people like to curl up with a book, maybe take a hot shower.

I personally like to watch a little late-night Conan O’Brien, but I’d bet good money that a lot of you spend your nightly routines making a dent in the ol’ family Netflix queue.

At the end of this year, Netflix will be the go-to entertainment source (and arguably bunkmate) for over 65 million users worldwide.

From a snail mail, DVD subscription service in the US, to a savvy software-as-a-service available in more than 50 countries, the company now earns roughly $1.3 Billion a year and has set the organizational and marketing standard for tech companies, both old and new.

In this article, we’ll take a look at four valuable marketing lessons (or as I like to think of them, Marketing plot twists) that everyone can learn from Netflix’s blockbuster growth.

Grab the popcorn. You won’t want to hit pause during this one.

During the early 2000s, both Netflix’s streaming and physical DVD services were dedicated to delivering beloved television shows and movies to their subscribers for one, small, flat monthly fee.

In other words, their business was built around curating existing content from other sources. While this was an efficient model, it wasn’t a very sustainable one.

When it comes to curating, your company’s success is subject to factors that are not under your control. You don’t own your content.

In the case of Netflix, they relied on others granting them the rights to distribute what they made and their success ultimately depended on the quality of programming or film they could get their hands on.

Hollywood producers could name their price or pull their backing as soon as their contract was up and Netflix would be left high and dry; which is precisely what they started to realize in 2011.

That year, the entertainment giant announced that they would begin developing its first original series, the political drama, House of Cards.  When the show premiered in 2013 to both critical and audience acclaim, it gave way to a flood of new, original, on-demand content.

Orange is the New Black, the 4th season of Arrested Development, The Unbreakable Kimmy Schmidt, Bloodline, even the next 4 Adam Sandler feature films; all of these and more were lined up to be available exclusively via the streaming platform. They had a monopoly.

As Ryan Holiday, the author of Growth Hacker Marketing, advised,  Netflix became “as independent of the system as possible. They didn’t depend on it to create their voice and get it out for them; they went directly to the audience.

By investing in original content, Netflix found a way to give their audience exactly what they wanted while being independent of big Hollywood production companies.

They had full creative (and more importantly, financial control), subscriber numbers soared as people flocked to binge on these exclusive series, and the awards flooded in.

Unlike their curation model, they now had a self-sustainable way of generating revenue and attracting new users. They were calling all the shots and increasing their share of the streaming entertainment market in the process.

Every Inbound Marketer knows that gaining a lead is nothing if they don’t close -- or in the case of Netflix, if they don’t actually use the service and cancel.

To move users further down this funnel you need to nurture your leads and delight your existing customers, providing them with useful, educational information that will build their trust in your brand and help your user make confident, informed decisions.

Netflix has found several impressive ways to do this.

To help keep users engaged, watching, and overall invested in the platform, Netflix goes to great lengths to introduce them to new shows or movies they may like, but in a way that feels friendly, helpful, and natural.

For example, when you first log into your account, you’re met with “Top Picks” based on what you’ve watched in the past as well as suggested titles from genres and movies you’ve watched the most. (Yes, I am a sucker for a Bollywood Romance.) 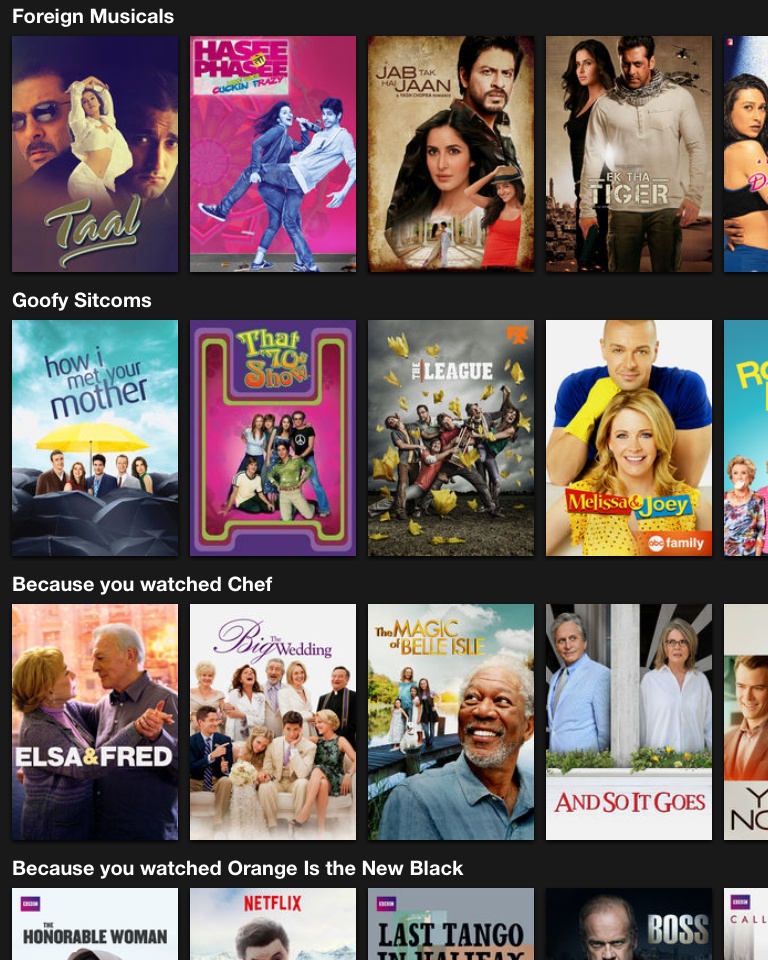 Netflix is also no stranger to email marketing when it comes to nurturing and engaging their users. From time to time, they’ll send emails sharing recently added releases that past activity suggests the user will be interested in.

With subject lines like “Natalie, we just added a documentary you might like” or “Netflix tonight?”, paired with embedded CTAs that take you back to the platform, the company gently piques their users interest and makes it easy for them to start watching immediately.

Check out these examples from some of the inboxes of some of my IMPACT colleagues. 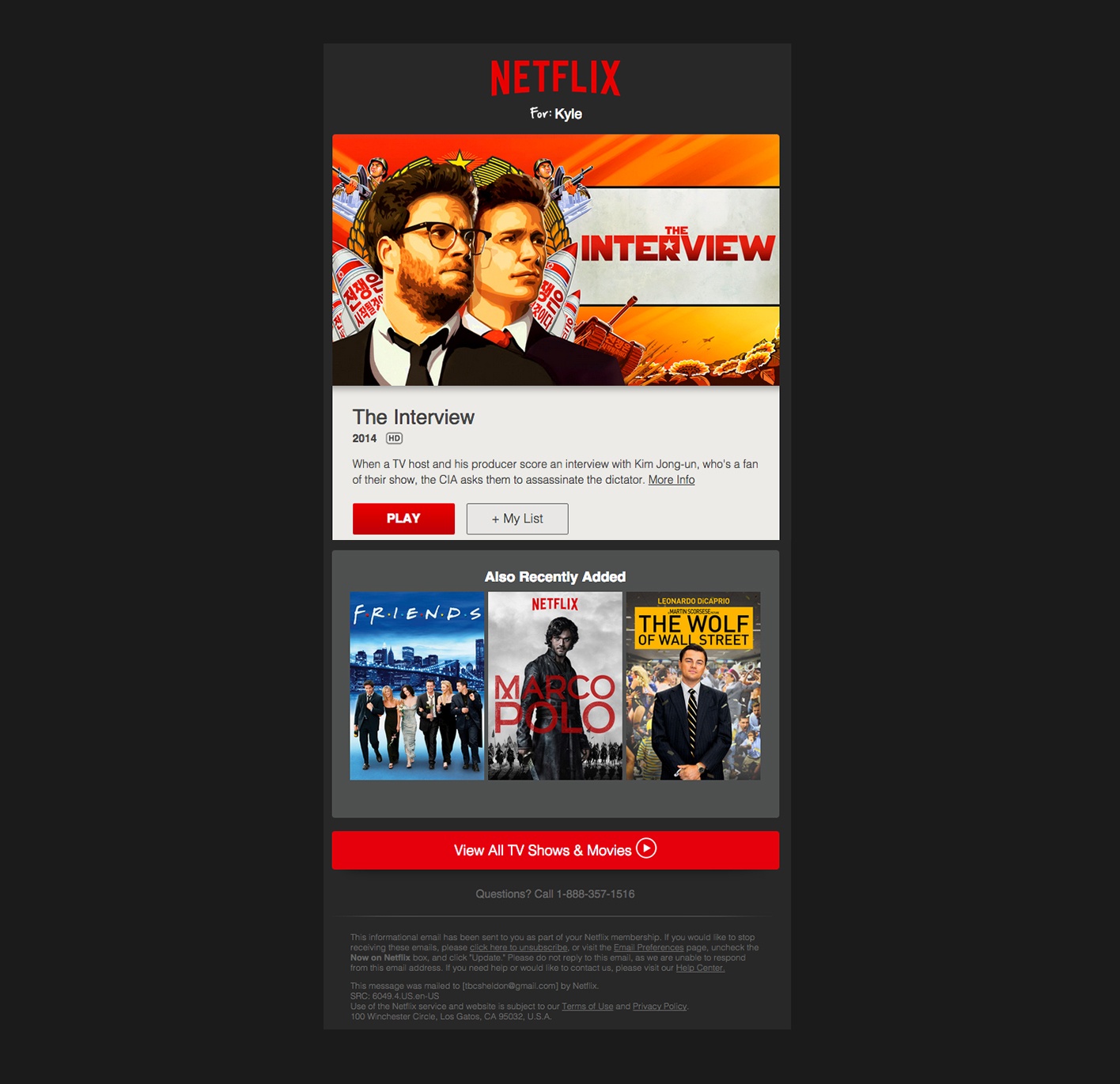 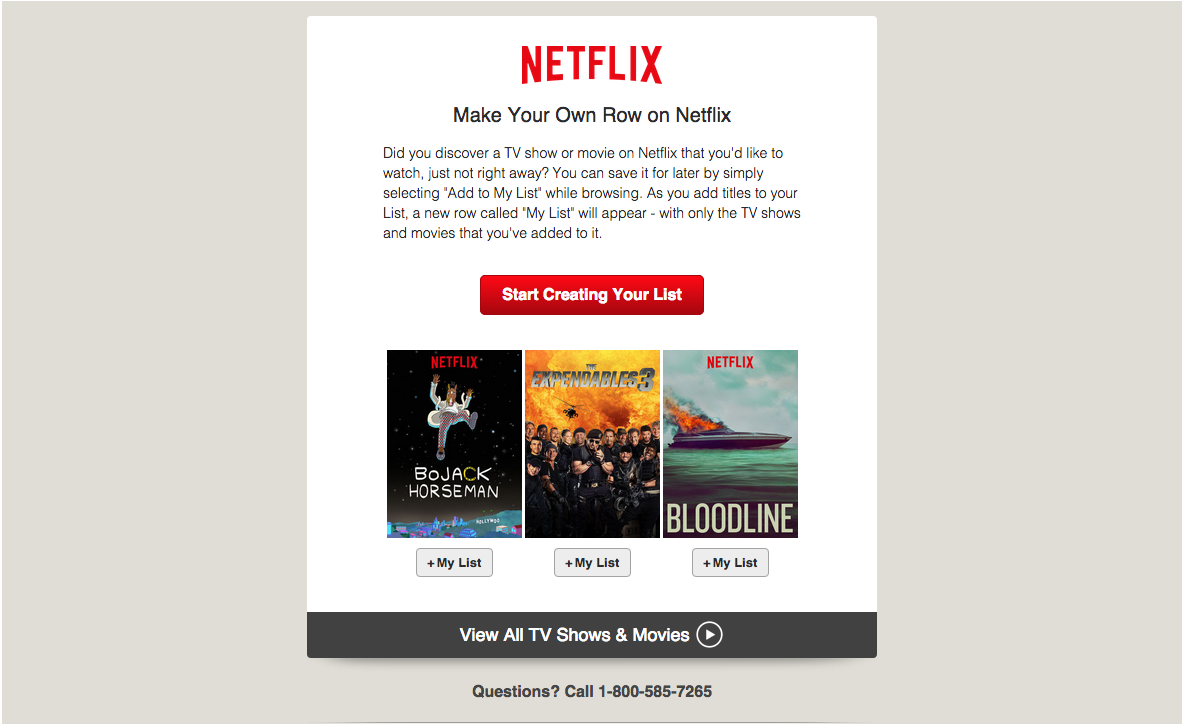 Recognizing their average user’s habit of binge-watching, the company streamlined the process of doing so.

Like their use of embedded CTAs in emails, Netflix makes watching easier by automatically queueing up and playing the next episode of your favorite show when the one you’re watching ends.

This small, but effective feature is hassle-free and helps keep the user engaged (sometimes longer than they’d ever expect.)

The more someone uses your product, the more invested in it they become, and in turn, the more likely they will be to continue using it (or upgrade from a free trial.)

Lesson #3: Be Willing to Adapt

Another factor that helped Netflix take the entertainment industry by storm was their willingness to adapt and change with their audience.

When the company was first founded in 1997 (services started in 1999), the idea was simply to offer people a way to rent movies without having to worry about outrageous video store late fees or having to leave the comfort of their home.

By 2010, people were rarely stepping foot into a video store and life was increasingly digital.

Instead of resting on their laurels like former competitor’s, Blockbuster Video, Netflix looked at their changing environment and began offering streaming services to their current subscribers.

The feature was so popular by November, they introduced the standalone streaming subscription that has made them the powerhouse they are today.

With consumers today spending nearly 60% of their time online on their mobile devices, as compared to any other, Netflix has not limited themselves to desktop computers. It has warmly embraced mobile optimization.

Whether the device is a PC, a macbook, a Smart TV, a PlayStation, or an iPhone, the company has made the effort to make sure that they are not only accessible through as many mediums as possible, but that they offer a high-quality, consistent experience as well.

This conscious effort has not only helped widen their reach, it has also helped them “delight” their users along the way.

Lesson #4: Make Moves Based on Data

While all of the lessons above may seem like just lucky moves, they were actually extremely methodical and data-backed. From an Inbound perspective, the company takes Conversion Rate Optimization very seriously.

For instance, when the company decided to develop House of Cards, they approached lead, Kevin Spacey saying, “...We’ve run our data and it tells us that our audience would watch this series.”

They knew intimate details about their viewers’ preferences and habits including everything from how long they’d watch to what episodes they were skipping. Using this data, they could literally calculate the exact show that their users would want to see, so there was no risk.

It is based on this kind of intricate data collection and analysis that Netflix has made all of its decisions and found itself at the pinnacle of the entertainment industry with no signs of coming down.

Netflix is a rare example of a company doing everything right. From their branding and content right down to their business model and product, the company has always excelled at making smart, strategic decisions and this is thanks greatly to their dedication to research and metrics.

With their large market share and focus on the numbers, Netflix has managed to develop a deep understanding of their audience that very few others have. This knowledge, paired with a strong, affordable product, there's no limit to what this brand can do in the future.