Should You Rely Exclusively on Freelancers for Your Content Marketing? 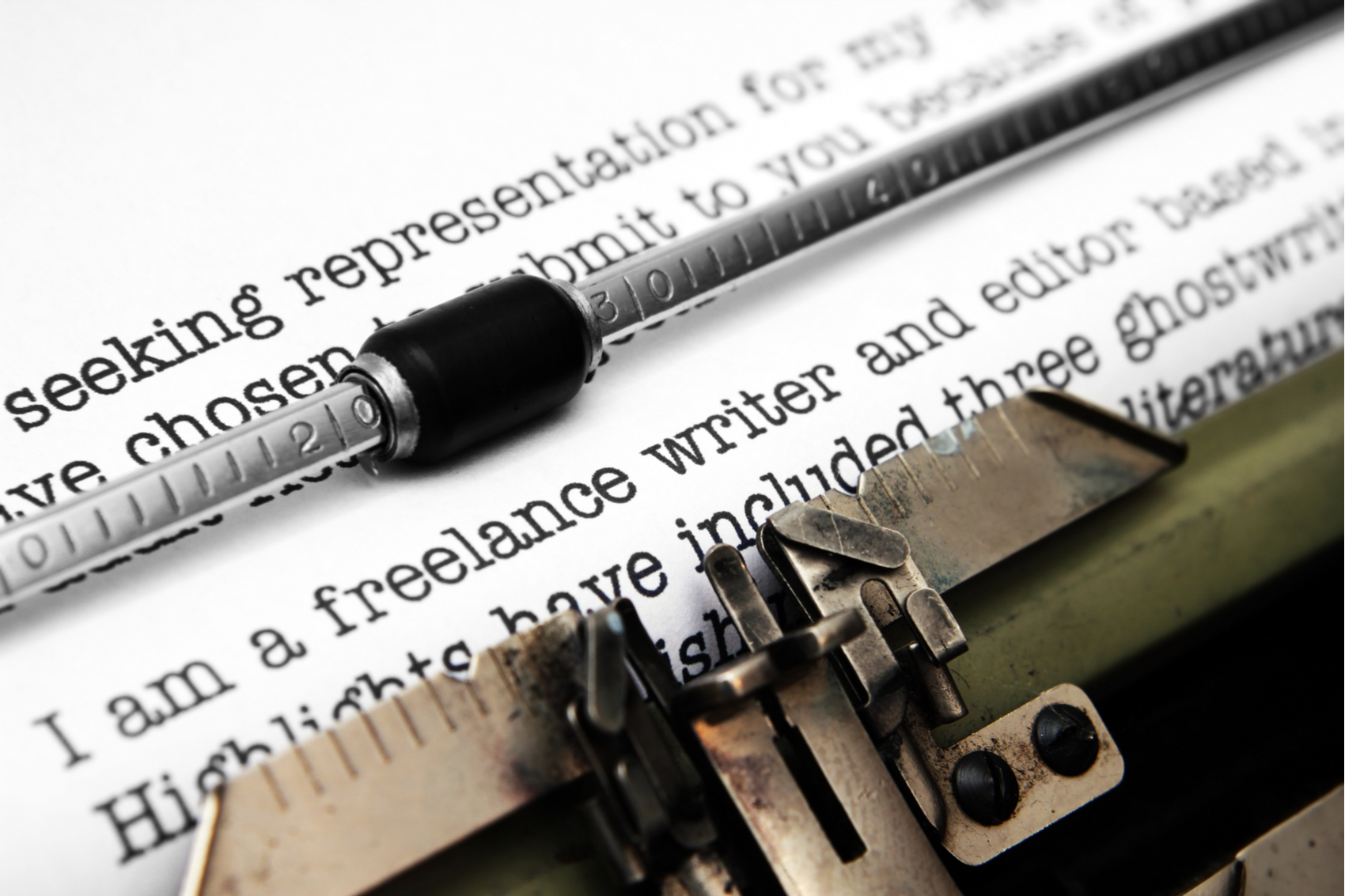 OK, before I answer the question I posed in the title of this article, I want to address the elephant in the room -- some of you are not going to like what I'm about to say.

I understand that outsourcing all of your content forever and ever -- to freelancers directly, via a marketing agency that relies on freelancers, or through an in-house content manager who manages their own "flock" of freelancers -- seems like a more cost-effective, time-saving solution than creating your content in-house.

From personal experience as a content manager who managed her own network of freelance writers for years, I can tell you this is a short-sighted way of approaching your content creation.

That said, there is no way you would know that, so don't feel bad.

I didn't know that.

In fact, I thought going all-in with freelancers was a great idea, and I built an entire process around it, when I first started out as a content manager many moons ago... and it didn't work out too well.

(Mistakes were made. Swear words were muttered. Etc.)

So, my goal in sharing the following battle-weary lessons is to help you avoid a similar fate.

Because, while leveraging freelancers or freelance writer network services isn't something you should avoid entirely -- actually, they can be really helpful in certain instances -- you shouldn't go full-on freelance as a forever content creation strategy, so as to avoid some perceived hassle of insourcing your content creation.

Now, let's talk about why.

#1: If You Don't Have the Right Content Talent In-house, Onboarding Freelancers to Get Good Content Will Hurt... a Lot

So, let's say you're a business that is still on the fence about hiring an in-house content manager (sigh), but you're committed to the idea that the right content will bring in the right traffic, convert qualified leads, and so on.

Not so fast, chief.

Managing freelance writers is an art form. One I only mastered after lots of painful trial-and-error in my early days.

So, if you don't have any experience in vetting writers, and/or managing or overseeing the work of freelance writers -- so you get high-quality work out of them consistently (and on time) -- you're going to waste a lot of money by:

Now, knowing about these issues (and how likely you are to experience them many, many times), think about how not jazzed your team will be about embracing a culture of creating content that drives revenue if the struggle (and cost) of launching a freelance process in-house feels like it's not worth the effort?

I hope we can all agree that knowingly choosing this path to launch your content marking program will be the organizational equivalent of knowingly walking face-first into a pole.

(Fun fact: One time in eighth grade, I laughed at someone for walking into a pole and then immediately turned around and walked into a different pole. I've got skills, y'all.)

#2: Even If You're a Content Manager with the Chops to Manage Freelancers... Working 100% with Only Freelancers Will Make You Crazy

OK, this is the one lesson I learned the hard way.

So, I am dedicating this section to all the content managers out there doing the Comma Lord's work. (Oh, and to companies that have hired smartly hired a content manager, but are considering having them funnel the actual writing of your content entirely through freelancers.)

Please hear me when I say you are about to enter a world of pain.

Yes, you can create "content organization" where your content manager acts more like a managing editor -- wherein they oversee a remote writing team who will take the raw materials he or she provides to create content, allowing them to devote more time to "high-value" tasks.

But it will still hurt for one very simple reason -- you are asking that person to manage a group of writers who (no matter how great they may seem) will never be fully invested in the success of your brand.

So, you need to be OK with routinely having some assignments come back late, because the work those writers are doing for other companies is taking longer than expected.

Additionally, those writers will constantly be turning over. Often leaving you high and dry with little to no notice. (Again, no matter how great they are. One time, a favorite writer of three years told me she was quitting "effectively immediately".... two hours after she accepted an assignment. That was the opposite of a good day.)

Yes, you'll be able to find some sort of groove, but you'll always find yourself somewhat smarting at the friction of unexpected departures from freelancers, on top of the frustrations that come with managing an entirely remote team of people who consider your company to be one-of-many.

I can't tell you how many times I was stuck being the messenger who absolutely "got shot" when I had to tell someone I worked for that a writer I was managing (and had no control over, really) didn't deliver work on time.

Or they did, but it's so bad, delivery will still be delayed while they either push through rewrites... or I waste my own time doing the rewrites myself.

It was demoralizing and sucked all of the enjoyment out of my job. Because, every time I got comfortable and felt like things were going well, one of my writers or a freelance service would come along and screw something up.

"I can't work on this, sorry! It needs to go to a new writer!" (I'm so glad it took you until the day before your deadline to tell me this information. I very much look forward to waiting another week for a different writer to complete this assignment, when I told people I would be getting this draft back tomorrow.)

"We've changed our fees and membership structure, so starting next month, all of your pricing will be different." (Cue me sobbing over my carefully crafted freelance writer budget, which is now built on lies.)

"I thought I could get to this, but I'm running way behind. Let's talk about adjusting the cost down for this article." (Yay, it'll cost less, but it'll also still be late. And everyone will be mad.)

Oh, my favorite is when I would have an issue with a writer on a platform and require help from the service provider... but there was no way to get real-time help.

In fact, one time my only recourse was to leave a voicemail with a henceforth unnamed freelance writing platform. They never got back to me, so I got stuck writing a 1,700-word blog article, because the alternative of waiting another four to seven business days for another writer to tackle it wasn't going to work for our timeline.

Do I need to paint a more vivid picture of the acute pain this kind of situation will create?

You're inviting chaos into what needs to be a well-oiled content creation machine by thinking a content manager can keep a bunch of writers they've never met in person in-line and committed.

#3: Even When the Writers Are Outstanding, Their Work Product Will Still Never Get Close to What You Could Produce In-house

Let's assume you live in a utopian society where you're able to assemble a crack team of dependable writers who understand your business, always produce on time, and will never, ever leave you.

(Oh, the lies we tell ourselves.)

No matter how well-researched their piece is, or how deep the source material is that you provided when you scoped the assignment, it will always fall short in some way of what you could have produced in-house.

They're either going to fail to capture the voice and tone of someone who lives and breathes your company culture every day, or they're not going to go as deep or as broad as they could go in addressing a content topic, because they will always be limited by the fact that they don't know what they don't know about what you and your team do.

These may seem like "acceptable losses" in your content, so your people can focus on whatever more important tasks are on their plate. But if we all accept that we live in an era where trust is the ultimate currency of any business looking to grow in a digital age, hollow content that always somehow falls a little flat won't cut it.

Yes, you may still see good enough results, but you'll never reach your full revenue growth potential with your content if you don't own it yourself. In-house.

Additionally, if we all accept that the utopia I described above is not reality -- that freelancer-only writing teams are always going to be dysfunctional to some degree -- you're creating needless pain.

You'll never really save the time or money you were hoping to with your freelancer shortcut. On top of that, the poor content manager or marketing coordinator in charge of that motley crew will end up feeling demoralized, because it's a problem that will never, ever go away.

This is not a diatribe against freelancers as a whole.

We work with freelancers at IMPACT, under certain conditions. There are freelancers with whom I've had a working relationship for years -- and thanks to many of those freelancers, I've been able to get certain types of content projects across the finish line, when bandwidth or time constraints didn't allow for that work to occur in-house. (Scripted, for the win.)

Freelancers are also great as a short-term solution, if you're in the process of standing up an in-house content organization and hiring the people you need.

My issue is this idea that you can create a high-functioning, scalable, revenue-generating content creation operation comprised almost entirely of people who aren't invested in your company and aren't in the trenches with you every single day.

It simply can't be done.

Sure, you may save a few bucks on your bottom line, but trust me when I say you'll still end up paying for it in the end. In time. In money. And in frustration.

What is a content marketing mission statement? (+ how to create one)

How to run a seamless, blended written and video content strategy

7 irresponsible things you should never, ever do in a blog post

Why you need a content manager on your digital marketing team

What short-term wins can we expect with They Ask, You Answer?

By Kevin Phillips on September 2nd, 2020

By Kevin Phillips on September 2nd, 2020