How to Use Exclusivity to Convert More Leads With Your Marketing 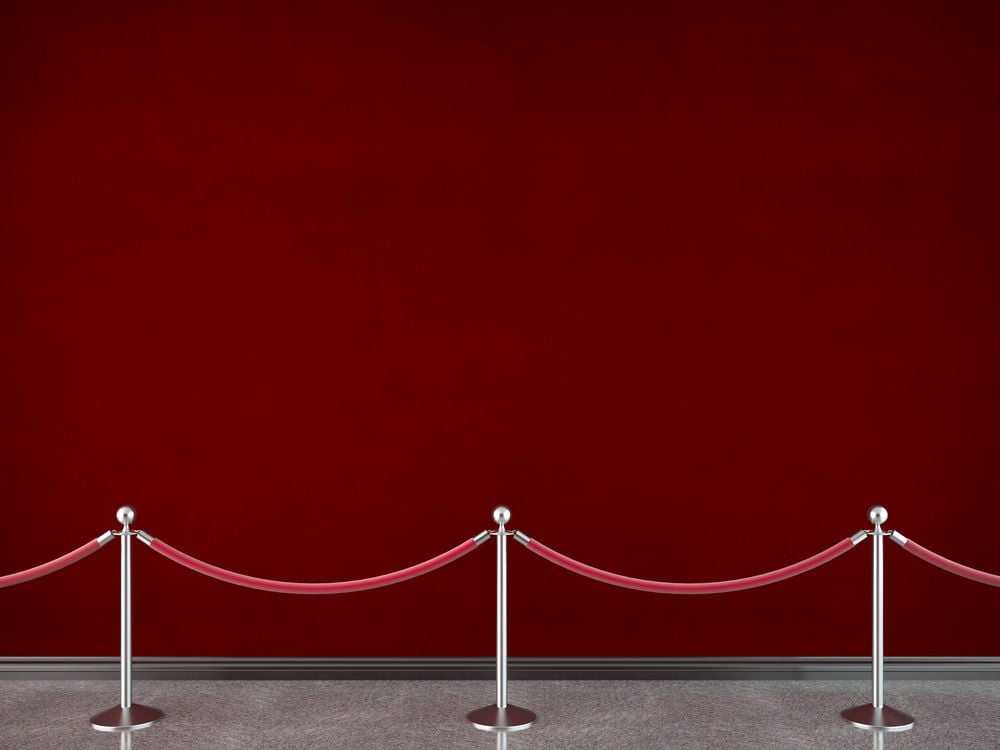 When I was in second grade, I started a secret club.

My founding members and I made little ID cards, had meetings during recess, and even wrote up a quiz to help determine who could join.

We were exclusive and every girl in my class wanted in -- for about a week, but hey, that was a pretty good run in elementary school.

When something is exclusive, not everyone can have it, and by nature, people want what they can’t have.

For marketers, this is a powerful psychological phenomenon, but sadly, very few businesses are using it to their advantage, and those who are, are often far from successful.

The Psychological Power of Exclusivity

The impact of exclusivity on human beings begins with the Scarcity Principle.

Like supply and demand, the scarcity principle says that the more rare or unattainable something is, the more valuable it is. This elusive value sparks a sense of curiosity and urgency within a person and makes them want to know exactly it is that they’re missing out on.

It’s these emotions that drive people to line up in zero-degree weather on Black Friday or wake up at 5 am to preorder the latest iPhone. Everyone wants to be one of the lucky few who get that flat screen TV or the first to know if Apple hit the mark.

To the benefit of Marketers, it's these emotions that also make people want to convert or click-through to make sure they’re in on your exclusive offers before its too late.

While fulfilling their curiosity is gratification in itself, exclusivity elicits many other psychological rewards including a sense of belonging and importance.

When your product, service, or offer is exclusive or limited, so are its benefits. Being one of the few to have access to these benefits puts you in an elite group, creating a strong sense of belonging and community (which Maslow argued was at the center of the human hierarchy of needs.) These communities give people a place to connect and bond over their shared experiences or even serve as a breeding ground for new ideas.

Being a part of this group and having access to these benefits also gives people a boost of confidence. They feel important and at an advantage over their peers -- both important emotions to have associated with a B2B brand.

While the concept of exclusivity in marketing may seem simple enough to understand there are many brands that have been approaching it ineffectively. The most notable, recent example of this being Jay Z’s music streaming service, Tidal, made available exclusively to paying subscribers in 2015.

Why It Didn't Work

I could rant for hours about where Jay went wrong with this one (in fact, back in the day, John Bonini and I almost did), but I’ll focus on the main area: a lack of clear customer value.

In order for a strategy based on exclusivity to work, you have to offer clear, unique value to the user. This is what catches a person’s interest; It’s these exclusive benefits that make them want to convert and be a part of the elite community of users.

When it was first launched, you would arrive on a Tidal homepage that made it difficult to understand what exactly you were getting into.

You had an opportunity to view a gated example of the interface, but there was no functioning free trial or even reviews to vouch for the service. You would have to go hunting in hidden navigation to find the “exploration video” and even then it’s merely a simulation of the app in action.

There was really no clear differentiator between this and other streaming services (aside from a limited list of exclusive content.)

Overall, the value of Tidal was intangible. The brand claimed to offer the highest possible sound quality, but there is no way for someone to know this without providing their credit card number. This was not only inconvenient, it was alienating to an audience that is used to receiving the same value for free.

Fortunately, today, the Tidal experience has changed dramatically. The service now allows users to access snippets of its audio and video, though it still requires a credit card number for a full trial and the unique value compared to other streaming services remains unclear.

Like Netflix, in the past two years, the brand's value has been built primarily around its exclusive content including Beyonce's visual album, Lemonade and Kanye West's The Life of Pablo.

In March of 2015, Tidal claimed to have 580,000 subscribers, but new numbers have yet to be made public. Meanwhile, Spotify touts wells over 50 million active users.

How Google Got it Right

Unlike Tidal, Google has proven time and time again that it understands how to use exclusivity to market a new product.

From Gmail and Voice to Google+ and Inbox, the web giant has mastered the art of the roll-out by making their value crystal clear (through detailed product videos and landing pages) and making registration exclusive by requiring an invitation from a friend or Google themselves.

This approach not only piques curiosity, but encourages social sharing, and conversation by forcing most people to reach out to their network to acquire a coveted invitation.

How To Create a Sense of Exclusivity With Your Marketing

You don’t have to be Google or Jay Z to incorporate exclusivity into your marketing. Try using these three simple tools in conjunction with an upcoming offer to increase its scarcity and perceived value:

Build hype and awareness by having individuals sign up for an upcoming offer or event ahead of time with a dedicated landing page. This will help you build a list that you can email and overall nurture towards purchasing the product.

Set deadlines for registering for an event or redeeming a promotion. This creates a sense of urgency and gives your audience an extra push to act now instead of waiting until its too late.

Limit your promotions or offers to a set number of people or redemptions. This, similar to setting a deadline, creates a sense of urgency and scarcity around the offer and encourages your audience to take action now to and be one of the lucky few to benefit from the promotion.

Another way to build a sense of exclusivity is to have specific criteria for those who can take advantage of a particular offer.

Depending on your business, perhaps it's only open to people in a certain area or industry. This limitation increases the perceived value of the offer; Not everyone can have it!

How has your brand used exclusivity to convert more leads and generate buzz? What brands do you think have gotten it right or wrong? Let me know in the comments section!