Social Media as a Customer Relationship Tool: Are you Ignoring it? 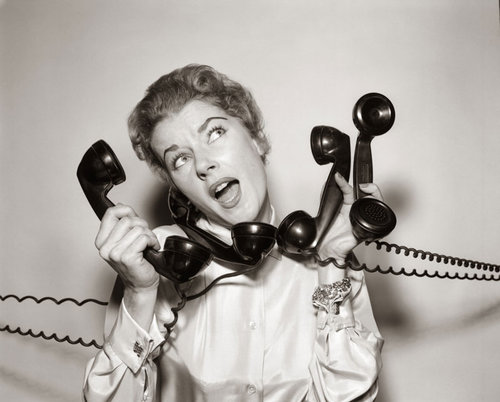 Traditionally, if you had a problem with a company your options were limited- either visit the company in person or call them.


If you chose the later you could end up on hold for an hour while waiting for customer service.


Then the internet came along.


FAQ's on websites help answer questions, and some websites enable you to

Free Guide: The Ultimate Inbound Marketing Strategy Playbook 2022
have a conversation with a customer service representative via instant message.


Email gives an additional option to communicate issues, but the trade off is constantly refreshing your inbox while waiting for a response.


Your customers are now turning to social media as an outlet for customer service, but are you ignoring it?


While it may not be your company's preferred method; consumers are now turning to social media for customer service issues. 67% of consumers expect same day responses on social media.


This highlights both the importance of social media monitoring for brands as well as issues companies need to be aware of.


You don't have time to monitor your social media accounts 24/7, but the 9% of people who expect a response within five minutes probably don't see it that way.


While you may have the weekend off, social media does not.


The response time expected is not affected by when the communication was made. If a customer expects a response within an hour, that means within the hour from when their complaint was made not within a business hour. Even for those who complain at 2am.


Of course, I am not suggesting you get up at 3am to respond to every Facebook post. Just be aware of  when the initial message was made. If you are able to respond within an hour, great.


If there was a late afternoon comment that you missed and aren't getting to until the next day, start by thanking the person who posted for their patience.The last thing you want to do is make the customer think they are among the 70% who say their complaints have been ignored on social media.


Meeting the expectation of a quick response time sounds like an task for automated responses.


Before you run to the automation software there are a few things to consider. Yes, there are benefits to automating. Think of when you send a request via email. The automated message you get back reassures you that your message was received and will be handled when possible.


Setting a message to acknowledge requests and provide a realistic time frame can help to meet the customer expectation of a quick initial response. This will buy you time so that you are able to handle issues during your working hours. Of course you will still have to monitor your accounts regularly so that you are keeping up with the time frames you have promised.


Avoid any automated statements that won't make sense within the context of the communication.


An example of what not to do would be thanking everyone who tweets you for their support, like American Airlines did.  While they had the right idea in making sure they responded to everyone around the clock, this method worked against them. For one thing, thanking complainers for their support doesn't make sense. It  also makes it very obvious that their responses are automated; defeating the purpose of social media- the opportunity to engage in a two-way conversation.


Everyone Can See You


When a customer complains over the phone or via email the interaction stays between you and them. When they take it to social media it is on display for everyone to see.


While you are oiling the squeaky wheels other people are quietly observing your interactions. Deleting a negative comment on Facebook does not make it unseen. In fact, it could make things worse if people notice you deleted it.


If you are able to address a customer's need in a public way, you may gain respect from the customer as well as those who were watching the interaction.


Taking it to the Next Level


Responding to customer feedback is necessary, but embracing that feedback is what will take your customer service from good to great.


Nordstrom's is taking customer opinions from social media to their stores by letting the fans influence their displays with their Pinterest boards. While this is not the norm, it is a great example of a brand that is proving that they are listening to and affected by their customers' input.


On a smaller scale you can do this by thanking customers for their feedback and responding to their comments, even the ones that didn't require a response.


The shift for customer service to social media is being driven by people, not by brands. The lesson is that it is important to realize that social media is a communications tool; not a place for self-promotion.