How Your Brand Can Take Advantage of Facebook Photo Comments 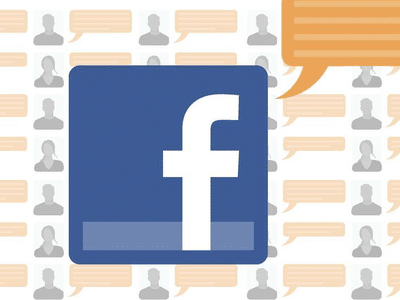 
Now you take commenting on Facebook to another level.


According to HubSpot, 74% of all marketers say Facebook is important to their lead generation strategies.


Photos can turn commenting into an engaging and playful activity.


Now that the feature has been introduced to businesses, many might be wondering how to take advantage of the new feature.


Comment threads are now a little more exciting and colorful.


On July 18th, Facebook officially rolled out photo commenting to pages. It's as easy as clicking on the camera icon within the comment box.


The feature was created at a Facebook Hackathon. The engineer behind the new feature Bob Baldwin said, he was inspired to create the photo comments feature because sometimes a photo helps tell a story much better than words alone.


The whole experience of social media is being able to actively engage and connect with your audience on a more personal level.


I don't know about you but I disliked the bulky link that popped up when you wanted to add a photo. You were better off just adding the photo to that person's wall.


With photos becoming a major outlet for engagement and conversation, there has never been a better time to take advantage of Facebook photo comments.


Spice up your Facebook Timeline. If you're a coffee shop, a great way you can use photo comments is to ask users to share a photo of them drinking a cup of coffee with their favorite mug.


You could even ask them to fill in the blank or answer a question. This could be fun and interesting for college campuses.

It's important to recognize that Facebook photo comments might not work for every company, product or service.


Looking for a fun way to implement photos into your comments? How about a scavenger hunt?  Or a hide and seek with Elf on the Shelf. I know it's not anywhere close to December, but it would be great if it were a little cooler outside. And who wouldn't want to start thinking about how to interact with your audience. It would be a great way to target families with younger children.


Don't forget to showcase consumers using your product. By being able to add a photo directly to a comment, this is now easier than ever before.


A Picture is Worth a Thousand Words


The statement a picture is worth a thousand words has been used repeatedly but it's still true. 90% of information transmitted to the brain is visual, and visuals are processed 60,000X faster in the brain than text.


Photos account for 93% of the most engaging posts on Facebook. According to KISSmetrics, photos get 53% more likes, 104% more comments and 84% more click-throughs on links than text based posts.


Investing in visual content creation, will not only help your company engage with users and fans but its a great way to drive traffic and communication.


Consumers are now taking their customer service concerns to social media. According to American Express 25% of consumers who complain about products on Facebook or Twitter expect a response within 1 hour. Depending on the complaint or question adding a photo can be beneficial. If a customer is unable to locate the on button or how to. A photo and short description can solve their problem in no time.