The Science Behind Making the Most of Twitter's 140 Character Limit 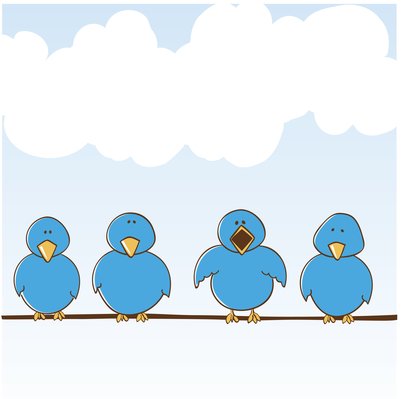 Are you making the most of Twitter's 140 character limit?


It can often be hard to get your point and thought across in less than 140 characters. I don't know about you but I struggle with this every day.

still three or four characters over the limit.


And don't forget about adding a link. That adds a whole other level of complexity.


With over 17 million users on Twitter, as well as your target audience, it's imperative that your tweets are reaching your audience and attracting their attention.


Don't make your Twitter account all about you. Use this opportunity to develop relationships and connections with your audience.


The content you're posting should be about them, make use of the word "you". Plus ... it is the number one most retweeted word.


There has never been an easier way to track conversations and discussions with your audience.


Hashtags are most effective when they're used appropriately. Rule of thumb is you only need to tag the most important word that represents the theme of your tweet.


Use this opportunity to develop discussions with others interested in learning more about #inboundmarketing, #blogging, #leadgeneration, or even #INBOUND13.


When composing your tweet, including more than 2 hashtags in a tweet can be overkill. Make sure you're keeping the hashtags to a minimum.


If you're creating a hashtag to associate with an upcoming conference or webinar, check to see whose using the hashtag. Is it currently in use? If the hashtag is going to be used as a way for event attendees to connect, it's important to keep it short and easy to remember.


P.S ... don't forget to search for hashtags. This will present you with the opportunity to find others talking about those subjects. Take the chance to engage with individuals and companies. Share their content and maybe even answer a question.


Another best practice when it comes to including hashtags within your tweets is that if you're using two or more words in a hashtag, remember that you don't need to include the space.


Twitter is a great place to develop relationships and conversations with other users.


Don't be afraid to mention people or places in a tweet.


Did you just read an article that was so fantastic you needed to share it with your followers? If so, this is a great opportunity to mention the author.


Consider the following when mentioning someone in a tweet:

The way you market to millennials is different from other generations. Link. Check out this great post by @USERNAME


Did I forget to mention that including a person or place in your tweet increases the chances of that person or place replying to your post or even them retweeting it to their followers? Do you remember the first time you got retweeted by an industry thought leader?


It's a pretty great feeling.


You have probably been told this since you were a child, but timing really is everything. And I'm not referring to the Country song by Trace Adkins.


I'm talking about tweeting at the most effective times to reach the most of your audience.


Just because you stay up till two or three in the morning doesn't mean that your audience does the same.


It's important to know what times your audience is engaging on Twitter to effectively reach your followers.


When posting on Twitter the most effective times tend to be between 1 and 3PM on Monday, Tuesday, Wednesday and Thursday. You might want to consider posting your most important updates during those times.


Think of it this way, to avoid being stuck in the bumper to bumper traffic and road congestion that is caused by the overwhelming number of cars on the road during your commute home, you most likely have timed when you should leave to avoid getting stuck in that mess.


Well the same concept holds true for Twitter. With so many users and many of them tweeting more than once an hour it isn't hard for your followers to miss a tweet.

Tweeting too much is annoying and bad is a myth. Don't be afraid to tweet more. You'll find that different people pay attention at different times, don’t miss out on targeting those individuals. Tweet links several times a day for maximum click through rate.


Everyone and anyone is using Twitter to share content online but when you only have 140 characters, adding a link can be hard. Think again. It's actually really easy.


Use a site like bit.ly to shorten your URL. Not only will you have more characters, but you have the ability to track the performance of the URL. How many people have clicked on the link? Did anyone save the link?


You can easily check that information with bitly.


Where are you placing the link within your tweet? The beginning, middle or end? According to Dan Zarrella, you are going to find that more people will click on your tweets when the link is placed a quarter of the way into the tweet.


What words are you using to grab the attention of your audience and followers?


Hopefully, you aren't spending all of your time tweeting talking about yourself. The most retweetable word is you. I cannot say that I'm surprised. Social media is an outlet for brands to develop connections and relationships with their target audience.


To make the most of your twitter account and increase engagement among your audience. Consider using these 20 words to increase the number of retweets and favorites.


Wondering where to begin?