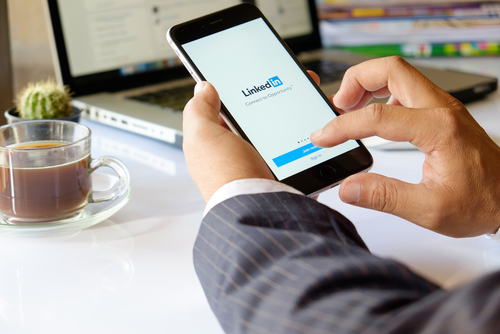 If you’re a sales rep for a B2B business, it’s very likely that the exact people you’re looking to sell to are on LinkedIn, just as you are.

At the same time, LinkedIn is more popular than ever, seeing sustained growth and usage stats as it launches new features and other improvements.

Even so, professionals are not leveraging LinkedIn as effectively as they could be to connect with prospects.

Connect 365 CEO Josh Turner spoke at IMPACT’s Virtual Selling Summit in June about how you can better use the platform to connect and build relationships with prospects, even at scale.

He explains how below.

John: Talk to me about what Connect 365 does and your role at the company.

Several years back, we realized that LinkedIn is a great place to meet and connect with prospects, but if you just use only one tactic when you're trying to reach out to people, then you're leaving a lot on the table.

So what we do is this: We have a full-service outbound approach that allows you to send emails that are from your personal email to your LinkedIn contacts. And it looks like you wrote it one-to-one, but you're just sending the same script to multiple people.

If you send them a personal email that doesn’t look formulaic and doesn't have an unsubscribe link in it, you’ll get a huge open rate and a huge reply rate.

Our software automates that whole process.

It can do all the sophisticated things that a typical email marketing tool or auto responder can do, but it's sending from your personal email. And because of that, the open rate on average is around 45% for all of our customers using Connect 365, which compares to an average of probably around 15% for most marketing emails.

So a lot of our customers use our software for outbound outreach and cold emailing, but also for sales follow-ups, for connecting with people they meet at conferences, etc.

People really appreciate personal emails and they respond to them because it feels like you wrote it to them directly.

It's very powerful when you have a system that can allow you to take hundreds or thousands of influencers and referral partners and people in your industry and help you stay in touch.

John: Can you talk about who your clients are?

Josh: Connect 365 is really for anybody who needs a better way to stand out in inboxes to get the attention of their prospects.

We have clients across the spectrum. A lot of B2B companies, of course, but we have a lot of small business owners as well. They are a huge part of our community.

Small business owners find that a lot of the softwares out there that are supposed to be making marketing automation possible for everybody are really failing small businesses.

A lot of this marketing automation software is too complex. It's really built for bigger companies. Connect 365 is more streamlined, efficient, and simple for them to get up and running without having to be a marketing genius or going out and hiring an IT person.

The continued growth of LinkedIn

John: Why do you think LinkedIn has seen such a sustained surge in use and users over the past decade, even as other social platforms have fluctuated?

Josh: There's a couple of things that come to mind for me. Number one is I think LinkedIn does a better job of shutting down fake accounts than other social networks. It’s obviously smaller in total numbers than Facebook, so it's probably a little less attractive to some of those bad actors as well.

Social media companies today are getting a lot of heat for what they allow advertisers to put on their platform. For LinkedIn, I think their ads are too expensive for most advertisers to use them for that kind of brand awareness-type advertising.

If you go back a few years, people were a little disappointed with LinkedIn because it was getting a little bit more spammy. When Microsoft acquired it they made a lot of changes that improved the platform.

I think that Microsoft has done a great job of preserving the integrity of the platform, making sure that it stays valuable and relevant to people who are using it — and the usage statistics are really through the roof right now. People are using LinkedIn now more than ever.

For Microsoft, the success of LinkedIn is a huge priority. And I think that plays into why you're seeing it really flourishing right now.

How to use LinkedIn more effectively

John: How do most people misuse LinkedIn as a lead generating tool? What are the mistakes you see them making?

Josh: I think that it goes back to being too aggressive: You connect with somebody and then you just pitch them right away. We call those people leg-humpers.

Trying to sell this way is really ineffective, too. You might get somebody to bite every once in a while, but you really just burn through a lot of prospects and burn a lot of bridges.

An even worse mistake than that is thinking that LinkedIn will just serve as a static resume that's out there, and somehow you think you're going to get business from that. It may work every once in a while, but it's few and far between. That's a really common mistake, too.

At the end of the day, the biggest mistake I see people making is not being ready or willing to build relationships with people and play the long game.

Think about how you would want to connect with somebody, and let that guide your actions.

Finding, reaching out, and connecting with prospects

John: Could you talk about the process that you suggest for finding, reaching out, and connecting with prospects?

Josh: To start, you want to have a clear profile of who your ideal customer is. Once you're clear on that, then you can easily use LinkedIn's advanced people search to go find prospects who are a great fit for your business.

From there, it's a numbers game of reaching out to them consistently, and sending them a message to connect.

I personally feel that you should do those things manually. There are automation tools, but they’re really frowned upon by LinkedIn. If you use tools like that, you can get into trouble. They can even shut your account down.

From there, it’s just a question of connecting and building a database of contacts from LinkedIn, and then having a strategy for how you're going to convert those connections into real world conversations.

After all, LinkedIn connections don't pay the bills by themselves.

You have to convert people into leads and sales appointments. What we recommend is this: once you are connected with people, you will have access to their email address in the contact section on their profile. Spend a few minutes every day connecting with a handful of new prospects via email.

If you use a platform like Connect 365, you can put those emails into the system and then have personal emails go out to them, along with follow ups.

That is the best way to message people and get them into a conversation.

But always remember the way you want to be marketed to. If you sound spammy, you’ll get tuned out or blocked.

Josh: Probably one of the easiest things that anybody can do is related to saved searches.

If you're in business and you're trying to sell to other people who are in business, and you're using LinkedIn proactively to get leads, you have a specific profile of the type of person that you want to do business with.

You can set criteria for a saved search in LinkedIn. That way, anytime a new person who meets that criteria shows up on LinkedIn, whether they have changed positions or changed their title, LinkedIn will send you an alert.

This is a great strategy because when somebody is new in a role they're in a position to make changes and do things differently. They want to put their stamp on things.

Reaching out to somebody who is new in a role is a great time to build a relationship with them.

Persisting but not pestering

John: In your talk you noted how persistence often wins the day in sales and that most sales reps give up too early. But how do you recommend sales reps find that balance between persistence and pestering?

Josh: At our sister company LinkedSelling, we do outbound as a service for bigger companies that hire us.

We will have roughly 20 touch points with a prospect over the course of a couple months before we start backing off.

That's a combination of LinkedIn messages, emails, and phone calls — and they could potentially also be seeing ads that we are putting in front of the target market.

It’s really important to try to build a relationship with people, not just pitch them.

You're trying to add value, trying to share things with them that they'll appreciate getting from you, then inviting them into a conversation, and then following up about the conversation.

Early on, our prospects might be getting LinkedIn messages or phone calls that don’t pitch services at all.

I think you have to take each situation on a case by case basis, and you have to look at your business and see what you’re comfortable with, but I see it time and time again: With 20 touch points, we’re getting people to say yes at every point along that process.

Most people don't get upset with some followup.

Now, once you get to a certain point and somebody still hasn't responded to any of your messages, you want to move them into more of a long term nurture campaign.

Maybe you send them a  “Hey, just checking in: here's some new stuff our company's doing”-type email once a month or so. That’s our approach.

A better way to prospect

John: Could you talk through how your software helps people use LinkedIn more effectively, and how they could learn more?

Josh: Connect 365 can take that process of having a really well thought out, detailed, multiple touchpoint follow up campaign and messaging campaign, and it can take all the hard work off your shoulders while still allowing the messaging that your prospects see to look like you wrote it as a personal email to them.

You can do your prospecting on LinkedIn and then just plug your prospects into Connect 365 and have it do your heavy lifting for you.

Anybody that wants to try, we'd love to offer them a 14-day free trial to see what kind of results they get before they even decide if they want to stick with it.

I think anybody that does try it is going to be blown away by everything it can do. We've really only scratched the surface in this conversation.

The trial will include a lot of other bonuses and resources as well, including training.

Connect 365 is made for small businesses, so you’ll find that it’s inexpensive, intuitive, and very powerful.

We want everybody to have this technology who needs it.