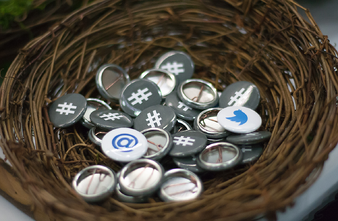 Without Twitter engagement, what do your tweets have to live for?

Before you just go tossing your tweets out into the abyss to fend for themselves, consider what you can do to ensure their success.

Real Twitter engagement occurs when businesses start thinking strategically before they hash out their 140 character allotment.

With 232 million active users, the potential for establishing meaningful engagements with your customers is there, however it's up to you to approach the platform with a plan for implementation.

We've detailed 5 key factors that influence your business's level of twitter engagement to help you get the ball rolling on tweets that do more than just exist.

The Quality of Your Followers

When it comes to generating a Twitter following for you business, it's easy to get wrapped up in the numbers.

If your competitor’s expanse of followers has you feeling bad about your following's short-stature, consider taking a closer look at the list behind the number.

The key to strong Twitter engagement lies in your ability to generate a list of followers that mean something. Rather than following a slew of irrelevant people you may or may not know in a sad attempt to boost your numbers, start thinking in terms of quality over quantity.

You are more likely to breed social sharing if your following is relevant to your industry, and actually interested in the value of your content.

The lesson to be learned here is don't get competitive when it comes to your follower count. Wouldn't you rather provide resourceful content to 5 people, than simply take up space in 100 user's feeds?

Your Contribution to the Conversation

With social media setting a new standard for customer service, it is more important now than ever for your business to assert a presence on social networks like Twitter. 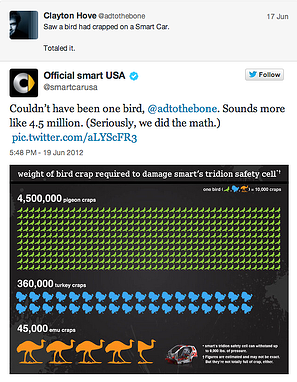 A strong ratio of replies to mentions has the ability to set your business on the fast track to success.

Your ability to interact actively with your audience is the key to propagating a higher level of engagement.

The more you communicate with your customers, both potential and existing, the more they will advocate your brand, provide feedback, and ask valuable questions.

This type of communication will increase your Twitter presence, while providing you with an opportunity to develop a better understanding of who your customers are, which will ultimately ease your content creation process.

The Matriz study found that 83% of people who received a response from a brand that they complained to via Twitter liked or loved that fact that the brand responded. In the words of marketing consultant Jay Baer, "responding to Twitter complaints can turn lemons into lemonade."

It's important to respond to the good, the bad, or the ugly. Prove to your following that there is an actual human behind your Twitter handle! Your followers are more likely to interact with your business on Twitter if they know that there is someone listening, and understanding on the other end.

Your tweet frequency is highly influential in terms of your business's ability to establish, and maintain a meaningful level of exposure.

There is a fine line between tweeting too much, and not tweeting enough, which is why it is important for your business to come up with a clear plan for tweet execution.

It's important to note that an ideal tweet frequency is dependent on your industry, your customers, the size of your following, and in turn their following. If your customers are not avid Twitter users, for example, it's probably not a good idea to blast out 20 tweets a day, as it will ultimately overwhelm their feeds.

A Clear and Consistent Tone

The tone your business communicates in on Twitter has a lot to do with the way in which customers choose to (or choose not to) interact with you.

People tend to respond well to content that is friendly and inviting, therefore don't concern yourself with being overly professional when it comes to Twitter interactions.

Be authentic, and don't be afraid to showcase your business's personality a bit. If you're going to get noticed, you really want to make your 140 characters sing.

Taco Bell has been doing a great job setting a tone for their brand and sticking to it with fun, light-hearted tweets that encourage sharing. In fact, their social media marketing efforts earned them Ad Age’s Marketer of the Year Award for 2013.

Your Ability to Be "Newsworthy"

The way in which people stay up to date with the news has changed dramatically.

Rather than tuning into to the good old fashion television pre/post work to catch up with the latest, or dare I say read a newspaper, people are turning to Twitter to for all things news related.

Why? People recognize the real-time relevancy of Twitter's environment, and they are beginning to generate a "newsworthy" expectation when it comes to Twitter content.

Serving up timely, resourceful information will increase the likelihood that your followers will reshare your content because they value industry news, and recognize that it may be applicable to others in their industry.