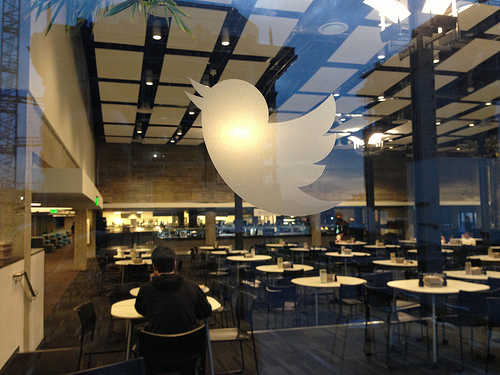 Before we go any further, I want to talk about Forrester's latest study.

I was shocked when I saw the following statistic.

Take a deep breath and breathe. Here it is ... only 55% of marketers are satisfied with Twitter.

Are you just as shocked as I was? The overall goal of Twitter is to help companies develop deeper connections and relationships with their fans and audience. However, somewhere something went wrong.

Are marketers unable to unlock the full potential of Twitter?

Do you even know where to start?

It's extremely difficult to generate a huge following overnight. It's going to take some time and effort. Twitter isn't about following just anyone and only posting content when you feel that it's necessary.

It's all about being able to reach and attracting your existing follower base organically. It's all about context and timing. On a high speed, fast paced social network like Twitter, posting once or twice a day isn't going to work. You will need to increase the volume to keep your audience actively engaged and your brand at the forefront of their mind.

One faux pas that users and marketers tend to frequently make is in regards to hashtags.

Before you schedule your next tweet, you may want to ask yourself if you're effectively and accurately using hashtags in your tweets to reach your target audience?

Three of the biggest most common mistakes I've seen on Twitter are:

So ... have you made any of those mistakes? It's okay; it's just between you and myself. I won't tell.

By making every word a hashtag, I'm talking not talking about putting two or three words together to make a hashtag. I am talking about, #Twitter is the #best #socialmedia #platform for #increasing #engagement #between a #brand and their #audience.

That can get a little annoying. Consider sticking to three or four hashtags per tweet that are relevant to your industry or the services your company provides. Hopefully, we all know what can happen if you use an irrelevant hashtag. No one wants to relive the Kenneth Cole Twitter debacle.

Just like every other social network and marketing activity you partake in, there are best practices to ensure that you're getting the most from that marketing initiative.

Each social platform is different and the same practices on Facebook are not going to be relevant on Twitter.

Here are three best practices to ensure that your actively engaging with your audience.

Have you ever started a tweet with @twitterhandle? If so, you might want to stop if your objective isn't for the tweet to only appear in the feeds for those individuals that follow you and the person you're mentioning. Some ways to work around that feature is to add a period in front of the persons Twitter handle.

.@Bonini84 Thanks for the shout out! #investinmarketing

You don't need to use all 140 characters! How else do you expect your audience to retweet or share your content? You want the entire tweet to appear. You don't want them to cut out the most important terms and content to wedge all that information into the 140 characters. It's best to stick to shorter tweets. Keep them in the range of 100-120 characters. Giving your audience plenty of space to include your username and maybe even the ability to add another hashtag.

And, don't wait till the end of your tweet to add a link. Even though it is only a maximum of 140 characters, do you really think that your audience is going to read the entire thing? With an attention span of 8 seconds or less, probably not. Consider placing your link a quarter of the way into your tweet, you might be surprised by the number of retweets and favorites you'll get. It's all about grabbing their attention as quickly as possible.

Another under utilized key feature. It's just lurking in the shadows with the hope of being discovered.

You've probably seen this feature while clicking on links and wandering around your Twitter feed. But, you have no idea what to do with it.

You're in luck. It's actually a great way for companies to segment and track their audience. You also have the ability to make your lists public or private.

Those are just a few. Your options are endless.

Whenever people hear the word promoted posts they tend to shy away. This doesn't always have to be something that's bad or frowned upon. Social networks are increasing the effectiveness of this feature.

No one likes to pay for something that doesn't work. But the same goes for just posting on Twitter. Are you wasting your time posting on a social network? You might be if you're not reaching the right audience.

With promoted posts and lead generation cards the chances of actually reaching your audience is an arms length away.

Through promoted posts you now have the ability to target users based on their interests, keywords, location, device and platform, and gender as well as someone’s followers.

The reach of your posts is almost endless. Giving you the ability to target and engage with users based on their specific needs. There is nothing worse than sending an email to a group of people that aren't interested. The same concept applies to Twitter. Sometimes in order for you to effectively reach your audience you need to tailor your content and tweets to match their needs and wants.