Leaders Eat Last by Simon Sinek is one of the best books on leadership I’ve ever read.

Not only does Sinek provide an aspirational message contradicting most modern leadership advice, but he backs his argument with neuroscience and he delivers his message in a personable way.

Sinek makes the argument that evolution has conditioned us to seek out very particular qualities in leaders and the chemicals in our body are communicating to us what those characteristics are.

Based on the chemicals that make us all happy, we have a clear idea of the type of leadership that is most effective.

“Some believe we should always put other first -- that if we don’t look out for the group, the group won’t look out for us. Others believe we should always put ourselves first and that if we don’t take care of ourselves first, then we would be of no use to anyone else. The fact is, both are true." - Simon Sinek

The majority of this book revolves around four chemicals, how they make us tick and their impact on leadership roles.

These four happiness chemicals are:

Endorphins are pain-masking chemicals that help us push ourselves through tough circumstances.

In the paleolithic era when hunters would have to endure harsh climates and rough terrain for hours or days on end to catch a meal, endorphins would mask the pain and allow them to press forward until they caught their prey.

Today, we most often get a rush of endorphins from running or weightlifting called a “Runner’s High” that helps us push our bodies through tough workouts.

This feeling is actually addictive and that’s why you see so many people who are addicted to working out.

Alcohol, nicotine, cocaine, and even cell phones send dopamine through our body whenever we use them, which is what makes those things so highly addictive.

On a more professional note, even completing tasks, achieving goals, and simply getting things done can give us a rush of dopamine. That’s why crossing items off of your to-do list feels so great.

Dopamine is what produces that irresistible urge to check every notification on your phone.

Each time we clear the notification, respond to the text, or read an email it gives us a boost in dopamine. Since dopamine makes us feel great, we instinctively do things that give us a quick dopamine fix without considering the value of those things.

For example, a common form of procrastination is filling your time with busy-work and avoiding the important task that you dread doing. Each meaningless task that you complete gives you a temporary boost in satisfaction, but is it really helping you? Probably not.

Serotonin is the chemical we feel when we are respected, admired, and given preferential treatment. It boosts our confidence and makes us feel awesome.

When people see you and respect you as their leader, it boosts your serotonin by making you feel great and it boosts their serotonin because they trust you.

However, leaders who get too high on serotonin and don’t follow through on their responsibilities as a leader lose the trust of the group.

Once they’ve lost the trust of the group, their serotonin drops and so does their confidence.

The more that leaders take care of their people and protect their people, the more serotonin they will have surging through their body and the more confident they will feel when taking on challenges that face the organization.

Oxytocin is the feeling we get from emotional bonds and physical touch. In other words, it’s the warm feeling you feel when you’re spending time with someone you enjoy being around, even if you aren’t doing anything special.

Leaders that sit up in their ivory tower, never to be seen by the group and only communicating through email memos don’t form this kind of bond with their team.

Leaders that get out amongst the people to shake hands, give high-fives, and give people one-on-one time to address their concerns do.

Their presence among the team increases oxytocin. When you're a leader, assuming that you aren’t a tyrant that is, both you and your employees will feel happier.

Great Leaders Earn Trust By Supporting Those Around Them

"Those who work hardest to help others succeed will be seen by the group as the leader or the ‘alpha’ of the group. And being the alpha – the strong, supportive one of the group, the one willing to sacrifice time and energy so that others may gain – is a prerequisite for leadership." - Simon Sinek

In many organizations today, the people who are best at performing their assigned tasks are often promoted to leadership positions to then manage others who do those tasks.

Although it makes sense to reward top performers -- the people that are the most skilled in their craft aren’t always the best leaders.

Sinek argues that leaders should be picked based on their leadership skills and traits, rather than their skills associated with the tasks they perform. Traits such as integrity and trust make for better leaders than actual talent.

Sinek works closely with the United States armed forces, and even takes leadership lessons himself from the Marine Corps -- he attributes much of the success as the most effective military force in the world to their approach towards leadership.

“Unlike in the private sector, where being good at doing is often rewarded with a position of leading, in the Marines, leadership is also a matter of character – not just strength, intelligence or achievement.”

True leadership is the ability to instill an unshakeable trust in those that report to you, giving them absolutely no reason to believe you have anything less than their best interests in mind.

Time is Your Most Valuable Resource

"We will judge a boss who spends time after hours to help us as more valuable than a boss who simply gives us a bonus when we hit a target." - Simon Sinek

While it’s obvious that everyone likes money, it doesn’t create the same emotional connection that time does. The reason why is because time has equal value to all of us. We all only have 24 hours in a day and whenever we spend time, we can never get it back.

Some people have more money than others. No one would be impressed if a billionaire donated $10,000 hours to charity, right? However, when anyone dedicates their afternoon or an entire week to building schools or some other charitable cause, we can relate to the sacrifice of time.

We all like bonuses and no rational employee would turn down a significant bonus for their hard work, but bonuses and raises do very little to create trust and strengthen relationships. Money is nice, and the best employees should be well-paid, but there is no replacement for time, energy, and attention.

Smart leaders build trust by investing their most valuable resource into their employees -- their time. To illustrate this point, consider the question that Sinek asks in the book: “if one friend gave you $5,000 towards a moving company and a second friend gave a day of their time to help you lug boxes, who do you feel closer to? To whom have you developed more loyalty?”

The answer is obvious, yet most leaders today take the lazy approach of throwing money at people and expecting them to be happy. Well, money does make people happy, but it does very little to build trust and loyalty.

The Cost of Leadership

Your level of happiness directly affects those around you -- employees, co-workers, spouses, children, etc. If you don’t enjoy what you do, it’s challenging to dedicate yourself to the level that other people need you to as their leader.

Your happiness makes those around you feel safe and creates what Sinek calls “The Circle of Safety.” When leaders are happy, secure, and working to protect the tribe, members of the tribe can focus on their individual jobs without having to worry about the safety of themselves and the other tribe members.

To be an effective leader, you have to enjoy what you do so that you can fully commit yourself. If you don’t enjoy your work, you will find yourself distracted -- trying to avoid work, looking for another job, or anything else that you think will make you happy. Once you’ve committed to work that you enjoy, you can take your focus off of yourself and move it to those that you lead.

A major takeaway from Leaders Eat Last is that the most effective teams are led by selfless leaders. Those who put the needs of the team first and act with integrity and trustworthiness instill a greater bond with their team than those who put their personal gain ahead of the group. Ironically, it’s the selfless leaders who end up with more personal gain in the long run, because success is a byproduct of good leadership.

Sinek makes the point that the ability to be a good leader is inside all of us -- as long as we are doing work that we enjoy and we focus our efforts towards the long-term success of the organization, good leadership really isn’t too complicated. 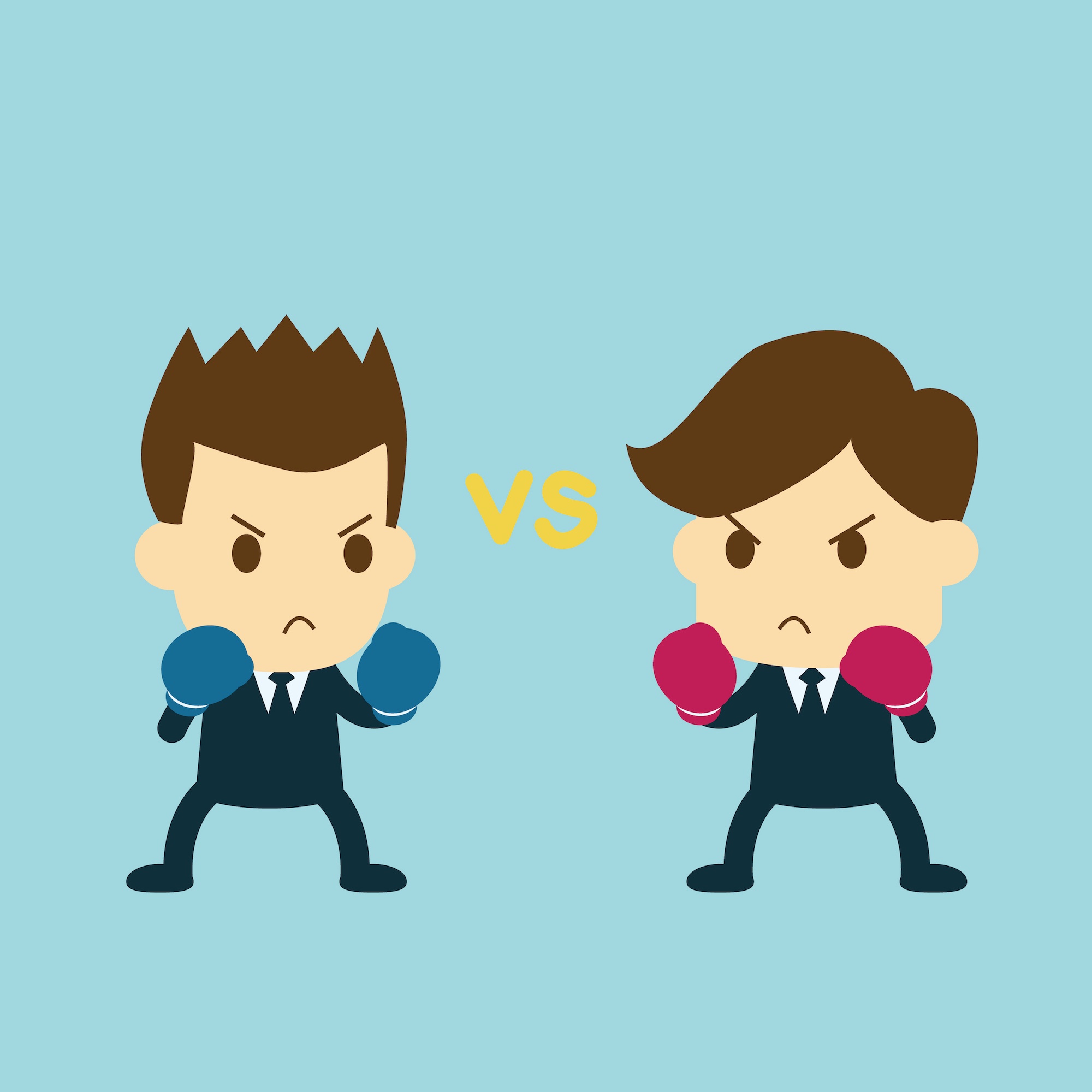 Good to Great by Jim Collins