We Need You to Lead Us 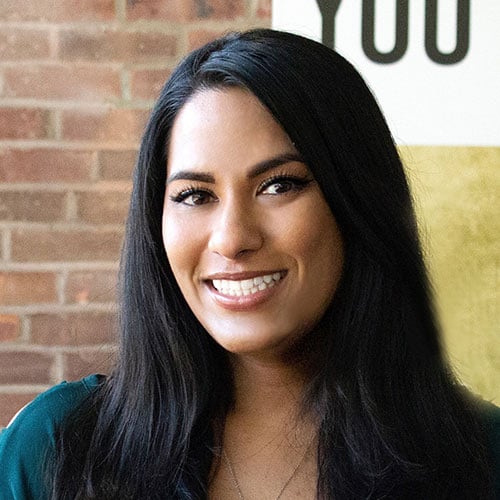 Everyone wants to belong.

It is human nature to want to find a group of people you just click with; to find your tribe, so to speak, and in modern marketing, this need can be an invaluable asset to growing a business and loyal fanbase.

What is a Tribe, exactly?

Out of all the best-selling books Seth Godin has written, Tribes: We Need You to Lead Us, is one of the clear fan favorites.

Just as his other books, Permission Marketing and Purple Cow, were ahead of their time, the concepts outlined in Tribes are still extremely relevant even eight years after being published.

According to Godin, a tribe is a group of people who are connected to:

Tribesmen follow the same culture, the same beliefs. In business, they not only buy and use your products, but they spread the word, and help grow your business.

A great example of this is the tribe of Apple. Apple employees and owners of iPhones, Macbooks, and iPads connect with each other as users of the company's products, follow and enjoy the insights of the late Steve Jobs, and for the most part, buy into the idea that Mac products are the pinnacle of technological performance.

This mindset is the framework for Godin’s discussion of tribes and throughout his book, he encourages you to not only find your tribe, but step up, and lead.

In this book summary, I’ll share some of his biggest takeaways from Godin’s Tribes and explain how you can apply them to your brand to grow an audience of loyal customers, employees, and followers through content.

Forming Tribes is Human Nature (and Now Easier Than Ever.)

For as long as we know of, humans have gathered and lived in tribes, but in the past, they were mostly location-dependent.

Thanks to the internet, location is no longer a limit.

It’s easier than ever for new tribes to form, communicate, and thrive. Not only that, but it is also easier for most people to be a part of many tribes because they are so much more accessible.

You might belong to several tribes that are bonded by:

These tribes can be big or small, as long as they have one central focus and the most successful tribes have passionate leaders who put the interests of the tribe ahead of their own.

As another example, think of HubSpot customers, employees, and partners. We all connect with each other as users of the software, enjoy the insights of HubSpot founders, Brian Halligan and Dharmesh Shah, and believe that inbound marketing can help rid the world of outbound spam.

In every tribe, each member can contribute to leadership through a common method or outlet of communication.

I mean, you already have the same interests and passions – why not step up and share your passion with others?

Some of the easiest ways to do this is through blogging for business and participating in online communities. By sharing your thoughts and opinions with your tribe, you help establish yourself as a leader, a “visionary” even. You don’t have to have all the answers initially; merely presenting a new or unique idea can help you start a movement.

The Greatest Tribes are Formed Voluntarily.

To start a movement, you don’t need to force others to join your tribe. (Frankly, it’s more likely to work against you if you try.)

To lead, you simply need to offer people value; a better way of life, an easier means to a goal.  Acting like a tyrannical king or queen goes against the very essence of what brings many tribes together in the first place – challenging the status quo - so don’t be forceful, be helpful.

That’s ultimately the guiding principle of inbound marketing, isn’t it?

According to Godin, tribal membership should be voluntary, dynamic, partisan, and noisy. Tribal members need to know that their voices are heard, and more importantly, respected.

Your attitude as a leader is more important than the number of followers you have or your perceived level of authority. Leading a movement is about helping and facilitating others in the group because you can’t do it alone.

The 3 Qualities of a Tribe Leader

“The Elements of Leadership:

Leaders create a culture around their goal and involve others in their culture.

Leaders have an extraordinary amount of curiosity about the world they’re trying to change.

Leaders use charisma (in a variety of forms) to attract and motivate followers.

Leaders communicate their vision of the future.

Leaders commit to a vision and make decisions based on that commitment.

Leaders connect their followers to one another.”


Think about the examples, I gave earlier of HubSpot’s Brian Halligan and Dharmesh Shah and Apple’s Steve Jobs. These three individuals (as do many tech giants), check off all of these boxes.

Some might say that they are natural-born leaders, but fortunately, in the modern age, you don’t have to be. Today, most great leaders are made, not born.

According to Godin, being an effective leader isn't about having a certain level of authority – it’s about figuring out how you can influence others and leveraging that influence to support your tribe’s cause or movement.

The best way to grow your influence is by challenging the status quo.

As Godin put it, "The business world has a long history of conservative tribes, of groups of people who relish the status quo. The big news is that this has changed. People yearn for change, they relish being part of a movement, and they talk about things that are remarkable, not boring."

The difference between a crowd and a tribe is that tribe’s have a leader. As a leader, your first job is to tighten the bond between tribal members -- think quality over quantity at first.

According to Godin, "It's tempting to make the tribe bigger, to get more members, to spread the word. This pales, however, when juxtaposed with the effects of a tighter tribe. A tribe that communicates more quickly, with alacrity and emotion, is a tribe that thrives."

Yes, passion is a buzzword that’s used far too often in the marketing world, but that’s because it’s immensely important.

As a leader of any group, passion is mandatory.

Your passion supplies the tribe with inspiration and energy to support your collective cause.

Passion is so powerful because it can’t be faked. People know it when they see it and more importantly, they know when it’s not there.

The most successful leaders, from CEOs and pastors to even celebrity “fan girls,”  have genuine passion that rubs off on the tribe.

If you find yourself having to force your passion, you might not be part of the right tribe.

At one point in Tribes, Godin shares a story of overhearing a couple criticize him for reading his emails at a hotel while on vacation.

He responded by saying: "I think the real question – the one they probably wouldn't want to answer – was, 'Isn't it sad that we have a job where we spend two weeks avoiding the stuff we have to do fifty weeks a year?' It took me a long time to figure out why I was so happy to be checking my email in the middle of the night. It had to do with passion. Other than sleeping, there was nothing I'd rather have been doing in that moment – because I'm lucky enough to have a job where I get to make change happen."

To start your tribe, whether it be of employees or customers, begin by sharing an idea with the world.

Create content that explains your vision or explains your thought process to an audience. If genuine, well-thought-out, and engaging, it will help you naturally attract and form a bond between your tribesmen.