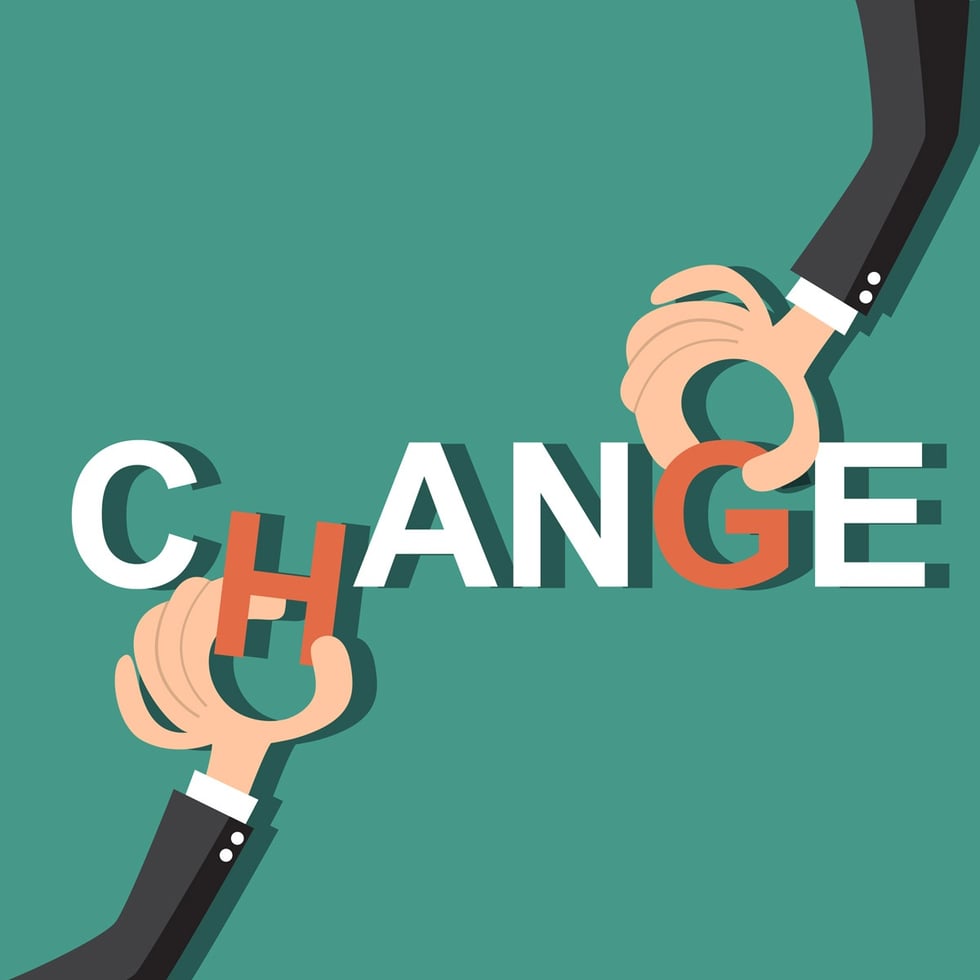 It’s a saying we tend to fall back on - applying it to areas of work and life where maintaining what we know to be just fine is easier and safer than an alternative, but in many aspects of work and life, sometimes “just fine” and “safe” are the enemy of “great.”

IMPACT most recently had this realization regarding our own sales process in the early summer.

For the better half of 6 years, IMPACT has relied on it’s tried and true sales process to turn prospects into new customers. This process worked well - like really well, actually.

So, why change an already proven process that has helped catapult us to where we are today?

The major forces surrounding our sales process and how we acquired new customers were changing rapidly. This included the way we talk about ourselves in our own marketing, the way we deliver services to our clients, the advancement of our competition, and of course, the evolution of the entire inbound marketing and digital marketing industry as a whole.

With all of those forces, the more important understanding to come to is, “when.” When should an organization decide that it’s time to reinvent their sales process, or any other process for that matter?

Below I’ve dissected the 5 major triggers that any organization should consider a light bulb or a warning sign for catalyzing change their sales process.

Triggers for Changing Your Sales Process

1. The Prospects Tell You

One of the most painful (and alarming) things to hear during the sales process is, “You’re all saying the same thing.”

This statement typically emerges in a competitive sales situation as it gets closer to decision making time, where the prospect is comparing conversations, notes, and documents. The prospect is clearly having trouble differentiating your product or service from another.

The truth behind a statement like “you all sound the same” is this: the prospect is actually reaching out for help. What they’re essentially saying is, “I need more ways to make this HUGE decision EASIER for myself and my team.”

The prospect’s pain points show that there are two fundamental factors that should trigger change in your sales process:

Your process is not clearly articulating (early on) one or several reasons as to why the prospect should select you over the competition.

Differentiators should not be the last-minute tactic to bring a deal over the finish line. Rather, they should be built into the core of your process.

Keep in mind that if all other things remain the same (documents, names of the calls, titles of the people in the process, pricing, etc.), differentiation can be created through process.

With a lack of differentiation, it forces the prospect to live in the minutia - digging through the details to find small wins to include in their business case presentation to the rest of the board as to why you’re the best fit to help them.

Ultimately, this friction leads to an extended decision-making process that has a high tendency to morph into a conversation around price rather than value. According to the Harvard Business Review, the most important factor in customer loyalty is the ability for the organization to reduce the amount of effort expended by the customer.

We should all heed this message as a time to innovate.

At IMPACT, modifying our sales process to become more helpful and differentiated became our call-to-action. We also realized that listening to what the prospect was really saying helps us tie this initiative back to our mission of helping people and their organizations succeed.

Sales and marketing alignment is the thing that everyone has been and is still buzzing about.

At the same time however, a vast majority of the process of selling is actually about setting proper expectations with a prospect for what a relationship with your company will (not might) look like.

The salesperson is making a promise. The question and challenge becomes then, what if sales is not completely aligned with the capabilities, the products, the language, or even just the way some things are done in services?

Suddenly, if a new client is brought on board, there’s a strong possibility that a gap will form between what was promised to the prospect and the services to be delivered.

The “proper setting the prospect’s expectations” challenge was a driving catalyst for change in IMPACT’s sales process.

We were able to gather feedback through multiple employee surveys confirming that the sales-to-service handoff and expectation setting was a pain point for almost everyone in our services department.

Instead of pointing the finger back at services, sales leaders MUST uncover how they can improve their articulation and accuracy within the sales process.

Creating alignment starts by being able to answer questions such as the following:

Solving Through a Change in Mindset

I’ve found that by altering the mindset of the sales-to-service relationship can have a massive effect on how the sales team operates in this context. Instead of viewing it as a transactional relationship, sales teams should consider the services team their client. In other words, working on the service team’s behalf to get everything right for them! Applying this mindset within IMPACT has proven to open up the collaboration floodgates, creating an inside-out approach to our sales process.

In many cases, the natural progression for organizations as they scale is to become more selective with the clients they decide to work with.

While the pool of prospects from which an organization can select from can be heavily influenced by the marketing that’s being executed, the sales process itself can be optimized to only allow the MOST qualified and best-fit opportunities through the door.

Therefore, if the process for selling net new clients remains the same, then the same types of clients are to be expected. The key then, is adapting your sales process to the key characteristics of the ideal client that would satisfy the services team (Refer back to the service team is the sales team’s client).

Keep in mind that these characteristics should not be limited to organizational size or B2B or B2C.

Instead, with the ability to be more selective, personality types, commitment to the process, and willingness to take risks might become greater decision factors for a company to take on a new client.

Solving for characteristics that align with the people and culture of your organization in contrast to company type or size can lead to a more positive, long-term effect on client retention and revenue.

When talking about the catalyzation of change for IMPACT’s sales process, this was a direct hit.

As we began to expand our inbound sales team towards the close of 2016, it became quite apparent that the sales process operating out of my head for several years was not directly replicable, transferable, or scaleable. Oh man…

We needed something documented and formal.

This began to surface itself during my one-on-ones with sales team members who mentioned they weren’t sure where this tool lived or which one of these templates is the right one to start with or which step comes after this step in IMPACT’s process.

They couldn’t have been more right.

The then, in-place “process” did not allow for a salesperson to simply open up a playbook and get on with it. It required searching, back-and-forth questions between departments, and created inconsistent experiences for prospects depending on the salesperson.

If a sales team is to scale efficiently by adding additional headcount, the process and all its supporting assets must developed as a single source of truth that is easily accessible and replicable.

Dan Baum, an Associate Strategist at IMPACT, shared in his article, How Human Emotion Influences Buying Behavior, the following insight:

“...regardless of all your data analysis and that awesome pros / cons list you made, your decision to buy (and that of your consumers) is largely influenced by one of the more primal brain areas and less about by what makes us so smart… we need to be masters of connecting emotionally with customers and clients.”

Essentially, this means we can operate within a well-documented, formalized, and detailed sales process with several compelling differentiators -- but if the process fails to connect emotionally with the prospect, we failed. We’re not increasing the chances of influencing their buying decision and winning the opportunity.

The initial thought might be that a human salesperson would listen, speak, and share in a way that appeals to the emotions of another human buyer, which is absolutely true. This model, however, is not 100% scaleable.

Not all salespeople share the same personality type, nor are they able to bring the most emotive energy to every, single call.

Integrating “emotion” into a “process” might sound odd, but think of it as personalization. I would classify it as an additional or final differentiator that appeals to the other side of the brain - it’s “that one thing,” that little extra something that will get your champion or the decision maker to feel good or remark about their experience with you.

Sales and Marketing Alignment: How To Shorten Your Sales Cycle

The best sales enablement tools for your team in 2021

Your buyers want to control the sales process; here’s how to let them