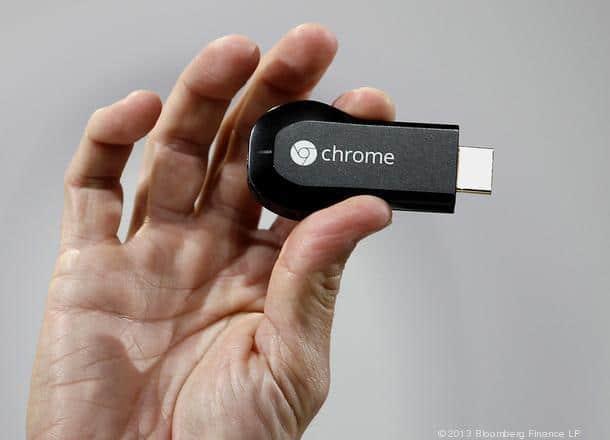 The setup for a surprise party generally involves distracting the person being surprised with another activity.


Distracted, they enter a dark room and everyone jumps out of a hiding spot and yells "surprise".


That's exactly what Google has been doing for the past couple of months.


Google was distracting us all with these


On Wednesday morning they yelled surprise with the announcement of Google Chromecast.


How Google Chromecast Will Affect Marketers


The Google Chromecast is a $35 device that streams online content to televisions. Specifically users can stream from Netflix, YouTube, Google Play and Chrome. The device is compact and easy to use; it simply plugs into your television and can be controlled by an android phone, iOS device or computer.


It's no secret that the way we watch TV is changing, especially among Millennials.


My parents have cable with over 200 channels. I only have local channels and TBS, but I supplement with Netflix and Hulu+ on my X-Box. I also have friends who have TV sets in their living rooms that are connected to their computers and don't have access to regular television at all.


The different customized experiences of each different setup present a challenge to advertisers who are trying to reach a targeted audience during a commercial break.


It is not a challenge for advertisers to reach my Baby Boomer parents; they watch TV when it is on, or OnDemand which has commercials that they can't fast forward through. Reaching me is a little more difficult though. Hulu+ does show commercials, so when I'm watching recent episodes of shows that I missed they can catch me. However, it's summertime so I'm not on there as much as I am on Netflix. I can spend all day Saturday on a TV binge and never see a single advertisement.


According to Mashable, Google said that 50% of the content that is streamed online comes from either Netflix or YouTube. The Netflix service does not include commercials at all, and YouTube only has ads at the beginning of a video. This means programs are being watched uninterrupted by commercials. If viewers can avoid commercials, they will.


Television commercials will become less and less effective, especially for those most likely to embrace the new technology- millennials.


Netflix has a wide selection of television shows old and new. It has also added its own original shows "House of Cards" and "Orange is the New Black", as well as a Netflix exclusive, fourth season of "Arrested Development". By streaming shows that are no longer aired on television, and offering new exclusive programming, the value of Netflix is more than just missing commercials.


Brands who rely on commercial advertising to build awareness about their product will instead have to invest in their YouTube presence.


YouTube, unlike Netflix, is not subscription based, so consumers can buy the device alone and be able to stream YouTube videos. As consumers gain more control over what they view, YouTube becomes an important way to reach an audience. However commercials will not simply switch from one platform to another. Videos will have to grab the audience's attention before they hit play, and keep it so they don't hit stop.


The changes this product will make in the way television is viewed will present a unique opportunity for marketers. No longer will the biggest advertising budget mean the most views. The days when a viewer saw the same commercial 100 times will be over. This will level the playing field for businesses big and small. In this battle, the most creative will win. This will mean small businesses will not be limited to just a local audience, and it will be easier for all businesses to globalize.


The challenge that comes from this opportunity is finding a way to reach their target audience. Where television shows are set at a specific time and targeted towards a specific demographic, it's easy to gauge your audience. Replacing the traditional commercial with streaming content could be more of a gamble.


It will become increasingly important for marketers to consider the production value in creating video content. While a lower quality video may have worked fine on a mobile device, tablet or screen; people are used to top-notch quality on their television.


Marketers will have to consider what their videos will look like to someone with a big screen HDTV. Videos that are quickly made, and thrown up online will no longer be acceptable.


At $35 a piece, Google Chromecast may be the first device to be widely adopted, even by a diverse audience. Streaming on the X-Box or Wii has been successful among those who already own the devices. However, since this device is a standalone product, rather than an additional feature; it may be easier to sell non-gamers on the value of the product. The price point is also much more affordable than the gaming systems are. The tag line "the easiest way to watch online video on your TV", will also help to make the product appealing to those who aren't tech-savvy.