5 Types of Blog Posts That People Want to Read 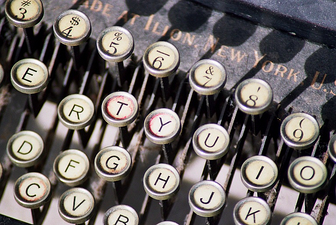 With hundreds of over-the-top public proposals involving flash mobs, jumbo screens, orchestras, and helicopters going viral, anyone thinking about getting down on one knee has a lot of thinking to do.

It appears that these days, it's not just about the act of proposing, but rather the delivery that really matters.

I mean, think about how a text message proposal might go over as opposed to a carefully thought out speech in front of family and friends at the place you had your first date. One has viral written all over it, while the other might lead to a slap in the face. We'll let you be the judge of that.

Point being, it's not always the subject of your blog post, but rather the execution that encourages people to read it, share it, and engage with it.

Free Guide: The Ultimate Inbound Marketing Strategy Playbook 2022
While there are a ton of other formats to choose from, we've chosen the top 5 that have been proven to work for us time and time again.

We've found that when it comes to these 5 types of blog posts, people love them, people read them, and people actually benefit from them.

When it comes to creating content that people actually want to read, value is an absolute priority. If you're looking to attract not only attention but also loyal readership, you want to be sure that you are presenting your audience with something they can benefit from.

When approaching a tutorial style post, we've found that visuals serve as an excellent way to convey a proceeding. More specifically, we commonly call upon the tool Awesome Screenshot to convey a series of actions. Ultimately the app is designed to capture sections of a page and allow the user to annotate it using arrows, circles, squares, lines, and text.

With a tool that enable us to specify particular actions we are then able to spell out a distinct progression in a way to is easy for the reader to follow.

It is important to keep in mind that turotial posts have the ability to increase traffic over time, as they contribute to the type of content that people will choose to revisit and send to their friends.

How to Create A Blog Editorial Calendar You’ll Actually Use

There's something about a number in a title that reader's simply just love.

Reader's are attracted to list posts because they set an expectation up front. What the number does is put forth the promise of something they can count on. It's enticing, it's counted upon, and it's more than often enough to lure a reader in.

With so much content floating around the Internet, readers love to know exactly what they are getting before they commit to reading it. List posts do just that.

Additionally, list posts adhere to the consumer's obsession with snackable content. By presenting the informtion in an easily digestible format, readers can scan the article and absorb the information quickly as opposed to reading a more dense block of text.

A post that inspires is often achieved by highlighting a noteworthy success story or a series of quotes that are aimed at moving people in the right direction.

An inspiring story can help to exemplify success by addressing a common problem and making note of a particular solution that delivered positive results. This type of storytelling technique is not only personable, but it is also beneficial for businesses who find themselves plagued by a similar issue.

Aside from a success story, business can also make mention of a failure from which they overcame. By touching on the adverse side of things, a business will appear not only more human and but also more empathetic.

No story? No problem. Collecting a series of quotes from industry thought leaders serves as an alternative way to provide readers with a source of inspiration because who doesn't love a good quote?

Not only are they interesting, but they have the ability to get readers thinking about their product or service through a perspective that they may have not considered before. It's a win-win.

30 Quotes That Will Inspire You to Write Better Content

Posts that reference outside sources work particularly well because they provide readers with an actualization of an approach or strategy.

By referring to an implementation of a particular method or accession, it can often times be easier for the reader to insert themselves into the situation and visualize the success for themselves.

Example posts provide the reader with not only advice, but also an illustrated account that can help them gain more insight on how to approach a situation.

Additionally, this approach adds to the credibility of your argument, as the examples you are referring to ultimately reinforce your point through real-life actualizations.

Our blog analytics will back me when I say that resource posts work. Whether it be apps, tools, websites, links, or books reviews, we've found that people love to read about our findings.

While there are a ton of resources out there, we've found that our readers don't have time to sort through them all. Views and engagement on our posts that detail particular resources perform well because they take care of the dirty work.

By recognizing what your audience's pain points are, and then uncovering resources in which they can benefit from you are ultimately speaking directly to their needs.

What's great about resource posts is that often times when you mentioned a particular product, service, app, tool, or website, they will link your content in return. Not only will they be appreciative of the support, but they'll also want their readers to know they've been mentioned, as it contributes to their credibility.

5 Apps No Inbound Marketer Should Be Without