Video equipment trifecta: 3 areas to invest when getting started with video marketing If you're trying to wrap your head around getting started with business video you're in the right place.

We're going to discuss what equipment we recommend to get started, as well as, general principles for shooting through that initial video learning curve.

When I think video gear, I've found that most pieces of equipment fit into one of three categories:

These also happen to be the three major production areas involved in producing a great business video.  We'll dive into each, but if you're looking for a quick summary here's what my non-equipment-related suggestions are:

Alright, you ready? Let's do this.

Let's just get something out of the way: We shoot IMPACT's videos on a Panasonic GH5. I, personally, own a Canon 5d Mark III, which was the camera we used in the video above, and our favorite lens is a 24-70mm equivalent lens.

Now that I've shared that, can I tell you why I don't think it should matter for those who are getting started? Video is first and foremost about telling a story. It's about content.

More often than not, the conversation around cameras gets in the way of that. Buying an incredible video camera won't make good compelling content any more than buying a hockey stick will make you Wayne Gretzky.

So, if you're just getting started with making video, don't fall into the trap of thinking you need a fancy camera. If you're still getting your bearings with content, lighting, sound, and editing then the last thing you want to worry about is make sure you're perfectly in focus.

Instead, start by using your cellphone. Trust me when I say it's a very capable tool and with a few small purchases (that we'll discuss below) it becomes an indispensable part of even an experienced video producer's tool kit.

As an added bonus, once you've mastered the basics and you're ready to make your first camera purchase, all of your phone recording gear makes an awesome platform for the rest of your team to create great content (remember, they probably don't know what all the buttons on that video camera do either).

First, to capture better images with your cellphone, we need a bit more physical control of it. That means putting the phone in a rig that can be mounted to a tripod or held stably with two hands. These rigs are also great for attaching other accessories like microphones and lighting. Which brings me to, well, sound and light.

Lastly, we'll want to throw a light on your camera rig as there's a good chance you'll be shooting in less-than-ideal lighting conditions. A small LED light, like this one, will do the trick.

Have you ever tried watching a video only to find that the sound is garbage? You probably didn't make it very far did you? I know because I've made the mistake of producing a few videos with less than acceptable audio. Don't make the same mistake I did.

Actually, I often recommend that people start their investment in the video world with audio. Now that may seem contradictory, but it shouldn't be: audio is 50% of the way we experience video.

When first getting started with video and building out your initial investment use this as a loose rule of thumb: spend as much on audio as you do on camera and lighting. Now, I don't mean this too literally, but if you're spending $5,000 on lights and camera but only $200 on audio, you may be in for some long editing sessions (again, I've been there).

Luckily, I have some awesome recommendations on how you can save some money on audio equipment, but first let's cover some basics.

There are two types of microphones that represent the majority of what's used in video production. Those are:

In summary: Shotgun microphones are good when you want to capture the sound of a space and for quick deployment. Lavalier microphones are better for talking head and interview style videos, but they can be tough to use in spur-of-the-moment style videography.

Here are my gear recommendations.

With lavaliers, your options are a bit more varied (and potentially expensive).  I'll break down two options:

Just like audio, lighting is an easily overlooked but oh-so-critical part of producing great video. Let's take a look.

When I first started taking photos, I thought that how I framed my subject was the most important thing and as a result, I didn't pay much mind to lighting. Well, after years and years of taking mediocre photos I realized that neglecting the importance of light was holding me back in a major way.

After all, photography is the act of capturing light.

Lighting is tough because taken out of the context of a captured photograph or video, you tend to not pay much attention to it. It takes strong extremes for you to notice light (a beautiful sunset or a single light on a dark street).

However, these subtleties of light make the world of difference when captured for the sake of telling a story. Think for example, when was the last time you thought that the shadows in your coworkers face actually meant they weren't who you thought they were. 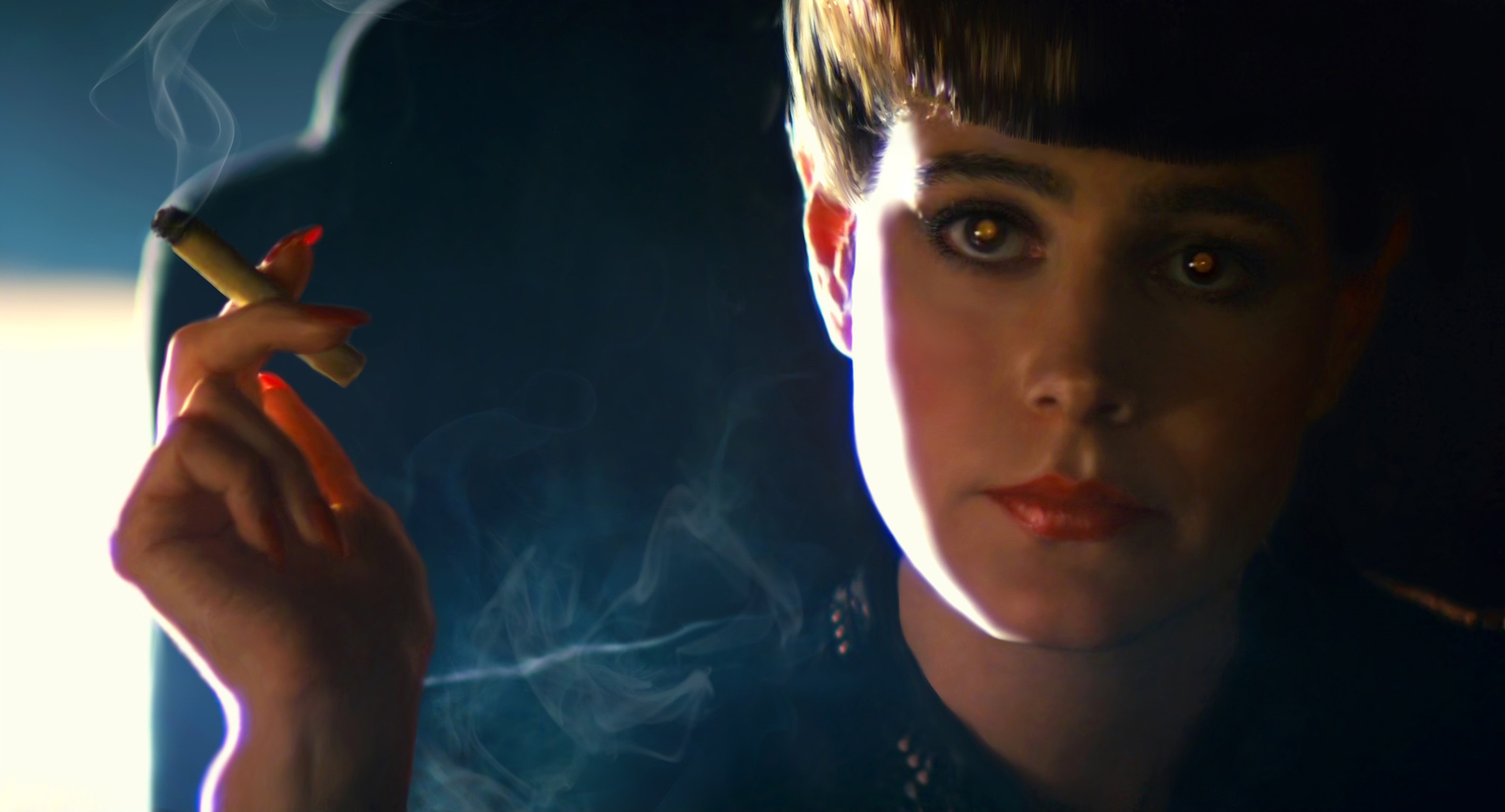 Luckily, when starting out with business video we don't need to be masters of light. We really just need to start with one simple concept: fill the shadows.

Shadows create drama and the sense of hiding. Unless you're clearly going for that, you probably don't want those words associated with your business video.

Because lighting is so important and there's so much to learn about it, I'd recommend starting small. Buying a lot of lighting gear is a surefire way to never put all the pieces of the puzzle together (again, speaking from experience here).

In my opinion, there are two no-brainers for those getting started with lighting for general purpose business video. I've already mentioned one.

The camera top light is great at filling in shadows on people's faces when you're filming on the go. It's basically the shotgun microphone of lighting as it does a decent job in most scenarios, but rarely a great job. It's my go-to run-and-gun light.

The 2nd no-brainer I'm pretty passionate about. Everyone should own a reflector or two. Amazon sells them for $20, so no excuses (be sure to pickup stands for them, too).

A reflector is, exactly like it sounds, a large reflective surface. The one I linked above has some extra features like turning into a diffusion panel and a negative fill, but the unit as a whole serves one purpose: to help you control lighting.

Owning reflectors changed everything for me and I wish I had bought them first. Here are a couple lighting setups that we've done at IMPACT with one light source and one reflector.

The video at the top of the post is one reflector and sunlight.

This video was shot with one softbox (top) and one reflector (front): 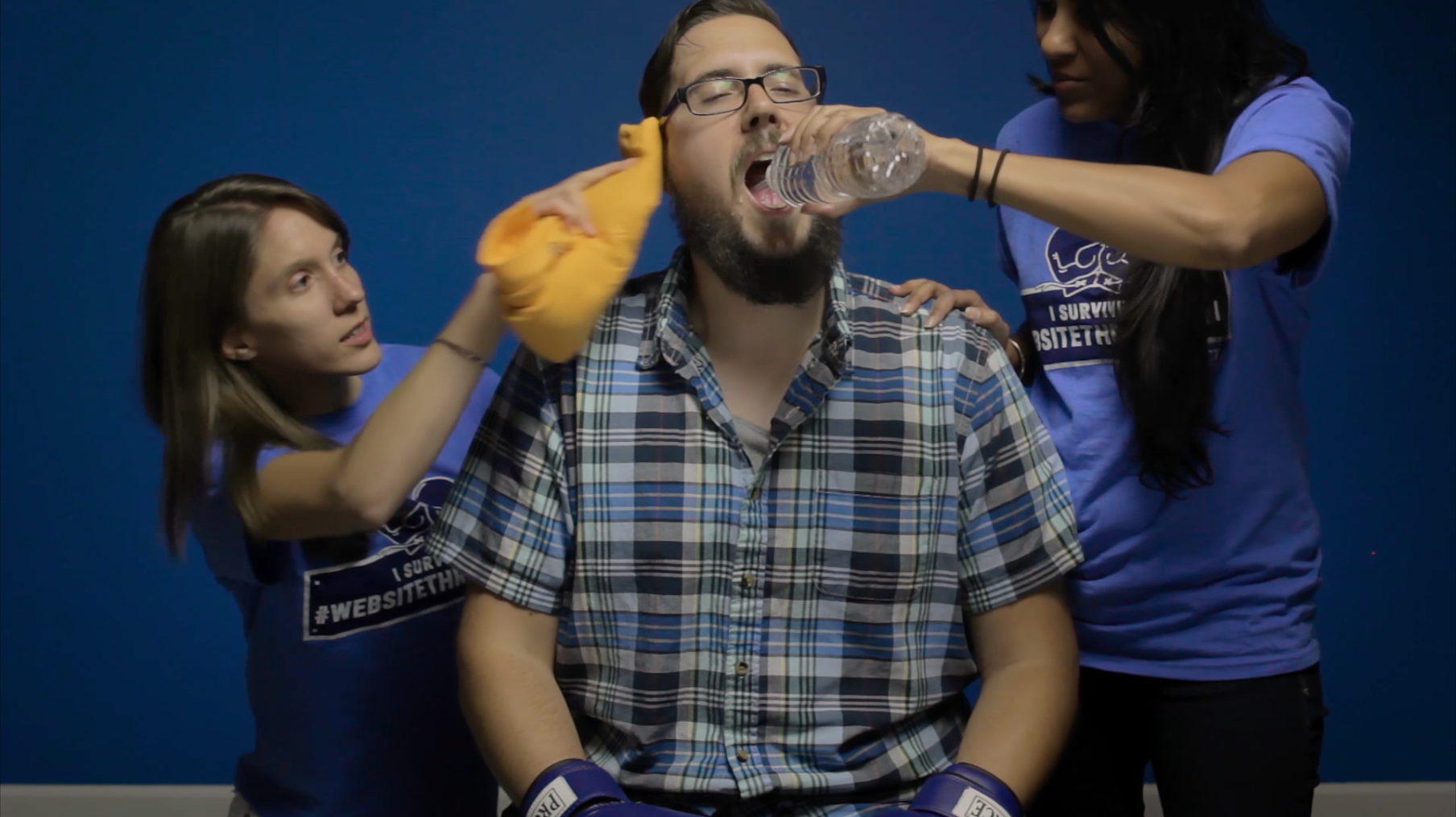 But I still haven't answered the question, why only recommend a small light and a reflector.

The right lighting purchase for you is going to be so dependent on the specifics of your video needs. It's also going to depend a bit on your skill, and then lastly, it's going to vary largely by your budget.

So, while I'd be incredibly hard pressed to make a recommendation for what lighting setup you should purchase, I'd recommend everyone get the experience of learning how to work with light that I've gotten using from a reflector.

By the time you're ready to take on a full lighting kit, you'll know what you need.

The best equipment for getting started with business video is you.

And I really believe that. All the gear I listed today is going to make you a better video producer.

While this post may make me sound like some kind of, all-skill, no-thrill type when it comes to video equipment, I'd protest that it is actually quite the opposite. I'm just realizing now that I could rename this post to "confessions of a gearaholic."

Given the opportunity to do it all over again, I think this is how I'd do it.