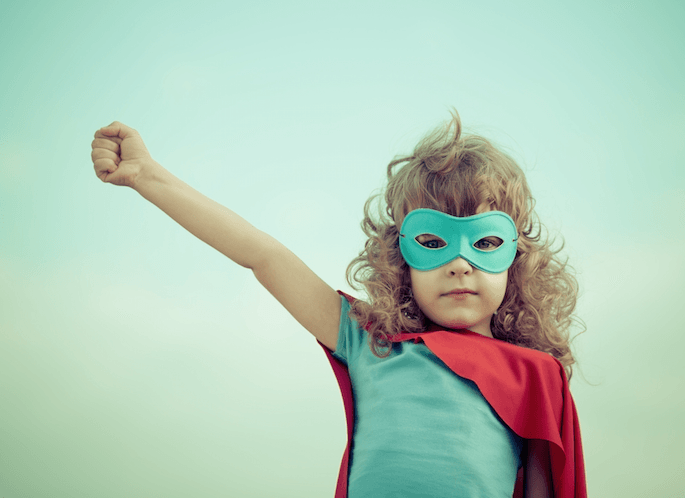 Jeffrey Zurofsky, CEO and co-founder of 'Wichcraft, eats two scoops of almond butter before bed to build energy for the following morning.

Ex-Spice Girl, Victoria Beckham kicks off her day with a peppermint tea, followed by a double espresso.

Mark Parker, CEO of Nike, keeps a notebook to balance his thoughts. One page is reserved for sketches, while the opposite is used for written brainstorming.

What do you do?

While this isn't to say that you have to be an almond-butter-eating-double-espresso-drinking-doodle-organizer in order to be successful, surely its interesting to look into the habits and rituals of people with power.

What makes them tick? What keeps the moving forward?

Often times understanding the behaviors of those who have not only seen success, but earned it, inspires us to make more productive decisions in terms of our own businesses.

With that said, we detailed five reoccurring things that successful people do that you should be doing on a regular basis to advance yourself and your business.

1. They deliver solutions, not excuses

Successful people never come to the table with excuses for why something didn't work. Instead, they take a moment to evaluate the situation at hand, and then suggest actionable ways to make improvements for the future.

Let's say you ran an end of the month report for February and you found that you fell short of your intended goals. There are two ways to approach this situation:

A) "There are only 28 days in February so it was really hard to hit our numbers last month."

B) "We generated X% less leads from our blog this month than we did last month, which means that maybe the content we were putting forth this month wasn't aligned with their needs. I think it's time that we revisit our buyer personas. Perhaps taking the time to update them will provide us with an opportunity to uncover some relevant topics that will really resonate with them this month."

Quite simply, option A looks and smells like an excuse, while option B aims to illustrate that you've taken the time to evaluate the situation and come up with a strategy aimed at preventing it in the future.

2. They ask questions of themselves

Successful people realize that in order to reach their goals, they must constantly reevaluate their progress. With that said, they don't avoid tough questions. In fact, they often turn to themselves for answers.

"Every night before bed, I think about this question: If I live every day the same way I did today, what kind of future would that create? It forces me to constantly evaluate whether or not my actions are lining up with my priorities. The future is shaped one day at a time, and it's never as far away as we think," says the co-founder of V.I.P. Waste Services, Jesse Lear (Source: Entrepreneur)

By regularly consulting with himself, Lear is constantly in control of where he stands in terms of moving himself towards his end goal.

Similarly, Grace Bonney turns to herself to ensure that she never reaches a point where she is producing subpar work. A commitment to quality is a huge sign of success.

3. They hold themselves accountable

“The right thing to do and the hard thing to do are usually the same,” says Steve Maraboli, author of Life, the Truth, and Being Free.

While this is certainly true, we've found that it's much easier to hold yourself accountable for something when you define it in actionable terms. For example, let's say you're looking to get beach body ready by June. Rather than tell yourself "I want to lose weight by June", consider setting a measurable goal like, "I will lose 1 pound a week for the next 12 weeks."

Then when Stacey's birthday cupcakes appear in the office kitchen, you can ask yourself, "will this detract from my weekly goal?" rather than simply telling yourself "I'll eat better tomorrow" while simultaneously licking frosting from your fingertips.

With that said, successful people always define a clear process for measuring their progress to ensure that their efforts don't fade out. This helps them to keep an understanding of where they stand, to ensure that they don't lose sight of their goals.

If and when their progress can't be translated into numbers, they look to things like milestones and actions to keep track of where they started, where they are now and where they need to be.

4. They make themselves indispensable

One of the easiest ways to become indispensable is to commit to being remarkably helpful. In other words, do everything you can to make your supervisor's job easier (as well as the ones around you.)

The more you do, the more they'll trust you to take on important projects, which will ultimately help you to build stock in the company.

With aspirations of being their own supervisor one day, successful people understand the value in putting in the extra mile to help prove to their upper-management that they have a high ceiling, and truly deserve a place in the company.

Another thing successful people do to position themselves as indispensable, is they add value to every conversation they engage in.

They never agree just to agree, or regurgitate the status quo, but rather they focus on illuminating their unique perspective on things to define their ability to think strategically.

5. They put themselves in uncomfortable situations

Sure, nobody likes to feel inferior or anxious, but often times enduring something uncomfortable will lead to a feeling so empowering that you won't have time to care about how silly you felt in the moment.

Often times, successful people are successful because of their willingness to get out there and try new things.

When they are asked to speak at a meeting, they don't muffle their voice with the fear that someone might dispute their ideas. When they are tasked with a unfamiliar project, they don't panic, but rather they accept the challenge head on. Rather than feeling apprehensive about new situations, they see it as an opportunity to grow and learn.

At the end of the day, successful people don't autopilot, they break new ground.