How the Most Successful Software Companies Grow [SlideShare] 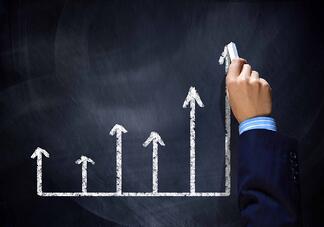 Back in 2006, HubSpot was a dream shared by two tenacious MIT students.

Today, the company has 11,000+ customers in over 70 countries, with offices in Cambridge, Dublin, and Sydney.

Today, it's the world's most widely used social relationship platform with over 9 million users around the world.

If you're reading this it's likely that your SaaS story already has a beginning, but where it will take you is yet to be determined.

If that's the case, you can rest assure that you're in the right place.

While sound business advice isn't always easy to come by, we've managed to pick the brains of some of the brightest minds in the industry.

What we have below is some of the best advice you'll ever receive if you're looking to take your company one step further.

How the Most Successful Software Companies Grow:

"You can never be too clear about what it is you actually care about, what you're out to do, and why people should care." - Dharmesh Shah, HubSpot [Tweet this]

"You are no longer competing with the business down the street for attention; you're competing for mindshare with TV, YouTube videos, tweets, and other forms of content." - Dharmesh Shah, HubSpot [Tweet this]

"Far too many companies make decoding their marketing message a herculean feat; make it simple, make it clear, and make it concise." - Dharmesh Shah, HubSpot [Tweet this]

"It turns out that it's really obvious when a small company pretends to be big. It doesn't inspire confidence." - Chris Savage, Wistia [Tweet this]

"Find a small audience that you can delight better than anyone else." - Chris Savage, Wistia [Tweet this]

"The more your messaging is like your customers, the more you’re going to succeed." - Justine Jordan, Litmus [Tweet this]

"Truth is always found outside of your office. Perfection doesn't exist, so let's just ship it." - David Cancel, HubSpot [Tweet this]

"If you're too wrapped in your idea you're usually also too blinded to know when you're driving into a dead end." - David Cancel, HubSpot [Tweet this]

"Your own opinions can wait until we have evolved the products with real customers using them everyday." - David Cancel, HubSpot [Tweet this]

"Who cares if you go raise money if your model isn’t driving any revenue." - Steve Johnson, HootSuite [Tweet this]

"We don’t look at our story as social, but rather a shift in communication and how people are communicating." - Steve Johnson, HootSuite [Tweet this]

"It comes down to identifying the problem that is affecting the market right now and attacking it." - Magdalena Georgieva, HubSpot [Tweet this]

"The real trick to messaging is not looking at features, but rather what it enables for the person using it." - Meghan Keaney Anderson, HubSpot [Tweet this]

"At the end of the day you’re so involved that you’re not going to see things the same way that a potential customer would." - Neil Patel, CrazyEgg & KISSmetrics [Tweet this]

"No one wakes up in the morning thinking they want to see an ad or get yet another email in their inbox." - Mike Volpe, HubSpot [Tweet this]

"Renting attention is easy, earning it is hard." - Mike Volpe, HubSpot [Tweet this]

Want more insights? Fill out the form below to gain access to even more advice on how to grow your software company.

10 Marketing Objective Examples To Guide and Focus Your Strategy What Marketers Need To Know About Switching to GA4 [Google Analytics 4] Inbound Marketing Benefits Explained (Updated for 2022) How To Inspire Your Marketing Team To Try New Ideas Do I Need To Invest in Marketing When My Business is Thriving? (+ Video)