Where Did All My Twitter Shares Go? (...And Are They Coming Back?) 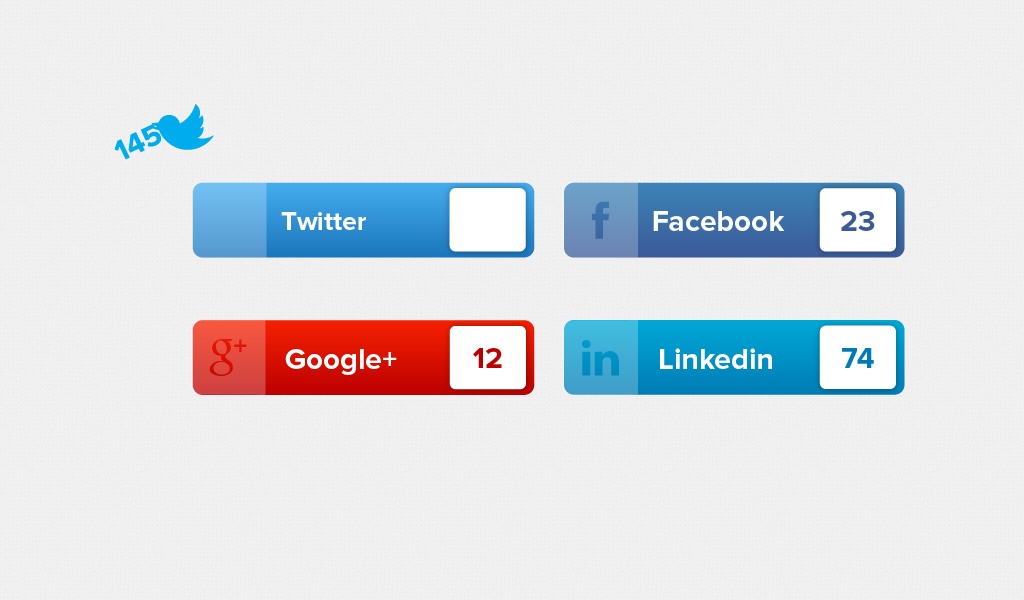 Not to freak you out or anything, but something’s missing from your blog.

On November 20th, Twitter depreciated its “count API,” making share counts, both here and abroad, plummet to zero over the weekend (and putting inbound marketers into a glass case of emotion).

I know what you’re thinking, “Where did they go? Was it something I said?

Sit tight. Here are all the answers you need and how it’ll impact your marketing.

Along with eliminating the display of the shares, Twitter also announced that they would be eliminating the source from which the share count is retrieved from, but it was unclear when any of this would be taking place.

This past weekend, the changes were officially made, but they went mainly unnoticed by marketers until they returned to the office this Monday morning.

Why were they removed?

In an October follow-up to their original announcement, Twitter Product Manager, Michael Ducker, explained the technical reasoning behind the update, saying,

“...As part of our ongoing effort to consolidate and simplify the platform for supportability, we’re completing our migration away from Cassandra [the mechanism by which we count Tweet shares today]....

The Tweet count feature is one of the last features running on [it]. Like all engineering organizations, we have to make tradeoffs….Rebuilding [the feature] has its own costs, and would delay our work on other, more impactful offerings for our developer community. [So,] after talking to several of the top customers affected, we chose to not continue the feature.”

Are they coming back?

While the ultimate fate of the tweet count may change as marketers petition for its return and Twitter awaits user feedback for 60 days, the short answer is: not right now.

At the moment, Twitter has no intention of bringing back tweet share counts. In fact, according to Ducker’s October statement, the “count API” was never actually intended for public use and the team had warned their developer forums that it would not be guaranteed support in the long run.

What does this mean for marketers?

Needless to say, this update is a big blow to inbound marketers and social proof across the board.

While other useful data will still be visible on Twitter Analytics, the tweet count was once the most powerful indication of the greater public’s “approval” of your content.

A high tweet count not only offered comfort to new readers (if all these people like it, it must be good), it also let marketers know what people were enjoying and willing to pass on to their networks.

As Ducker explained, however, Twitter holds that share counts were never truly an accurate measure of the actual quality of the tweets they were attached to, but merely a vanity metric.

“[The count] doesn’t count replies, quote Tweets, variants of your URLs,” he stated. “...[N]or does it reflect the fact that some people Tweeting these URLs might have many more followers than others.”

With this in mind, many big names are looking at this change not as a loss, but as an opportunity for better quality content.  The removal of share counts publicly has leveled the playing field for inbound marketers and also opened the door for improved analytics and measurements of success.

Here is what some of the experts had to say about the change:

“Either the backlash will be so big Twitter retracts or someone else comes up with a better way to demonstrate social proof. I actually prefer the latter option.”
- Demian Farnworth, Rainmaker Digital (Formerly Copyblogger Media)

“From a strategic perspective… this is just another in a long series of moves where Twitter is trying to corral all of their data and force people to use the Twitter-supplied analytics dashboard.” - Jay Baer

“I commend anyone for testing. But I don’t believe in a social media utopian society where everyone is equal.” - Marcus Sheridan, The Sales Lion

So, what do you think?

Do you want the shares back, or do you think we’re better off without them? What do you think will be the new metric to watch from Twitter?

Let me know your thoughts in the comments section below!