Let’s break down exactly what these updates are and how they can help you create better video content on Facebook.

Facebook Pages will now be able to have live rehearsals that allow users to go live only to Page admins and editors before going live to the public. This will allow users to add more testing to their broadcasts to ensure everything will run smoothly before inviting an actual audience to watch. Once users actually go live they’ll be able to trim the start and end of their video after they’ve completed the broadcast.

The amount of time you can go live has increased from four hours to eight hours to allow for better coverage of live sports, news, and other broadcasts that suffered from the four-hour time limit.

The final update for Facebook Live is a new simulcast option, which allows live video publishers to "broadcast simultaneously to more than one online streaming service via the Live API,” which enables you to share your content to a larger audience.

Last year Facebook launched its Watch Party feature, which gives users the ability to watch a video together as a Facebook Group.

The latest updates allow Pages to schedule a watch party in advanced for pre-planning purposes and give users the ability to “replay” videos after they’ve aired live.

However, the biggest update with Watch Party that businesses can take advantage of is the ability to now tag business partners in their content as a sponsor or a partner in the video. This allows for co-branding and sponsorship opportunities directly within Facebook videos and gives those who are part of your branded content access to the specific analytics for that video.

Since getting strong data and analytics is such a key component to publishing engaging video content, it’s no surprise that Facebook focused some of its updates on helping improve this tool.

The new dashboard will now add a visualization layer to help Page users see what other videos their top fans want to see by measuring which videos bring return viewers. 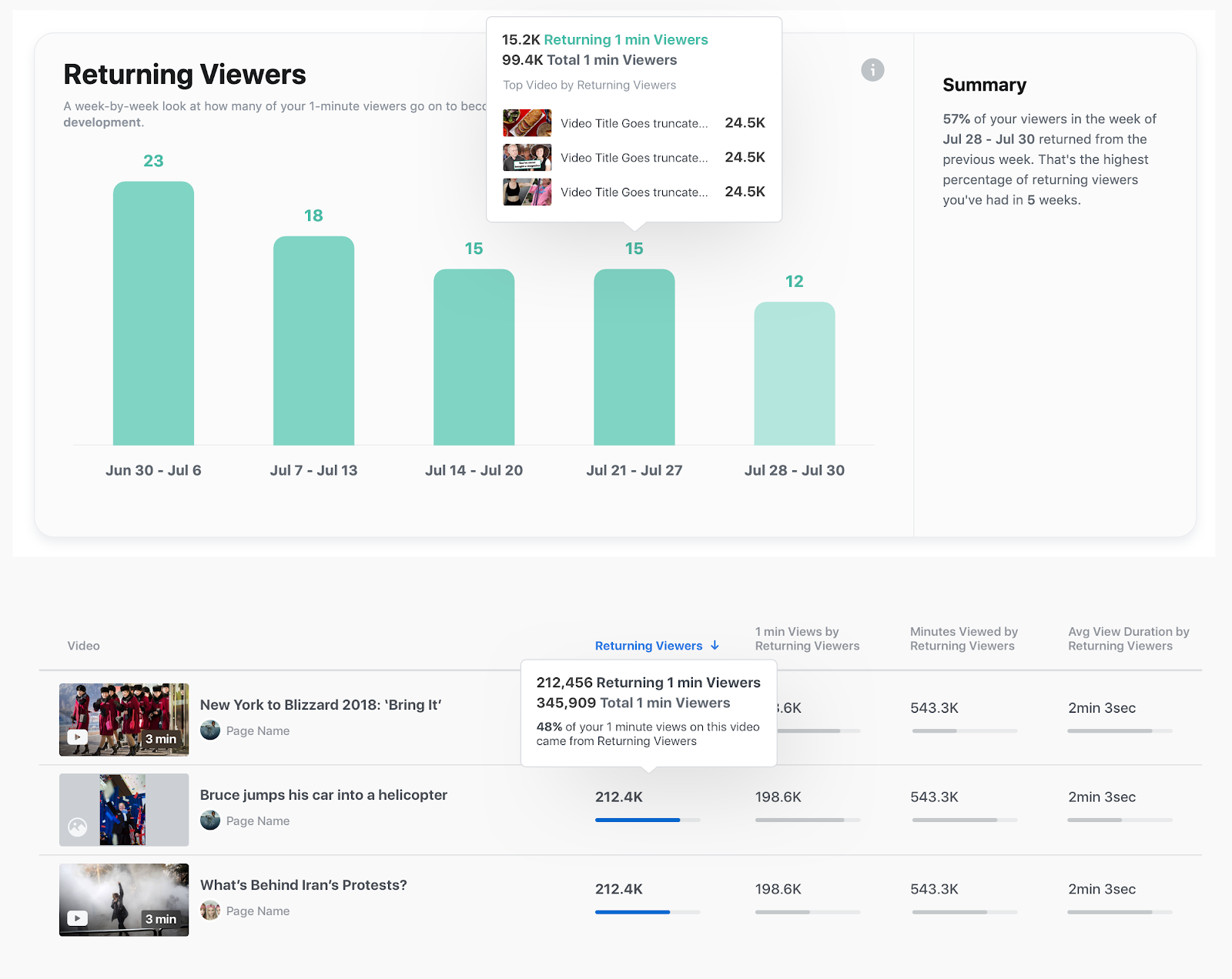 Users will also be able to see a score on each video’s performance with a new range of metrics including average minutes watched, 1-minute views (which is how many people have watched the video for longer than 1 minute), and retention. By giving each video a score based on those top metrics, users be able to get a very easy-to-digest view of how videos are doing overall.

With video becoming such a top priority for many businesses, it’s no surprise that Facebook has released these updates to help support these efforts.

A majority of these updates are aimed at Facebook Pages, which means the platform is keeping companies and creators top of mind when it comes to making changes.

What else do you want to see from Facebook in regards to video? Let us know!