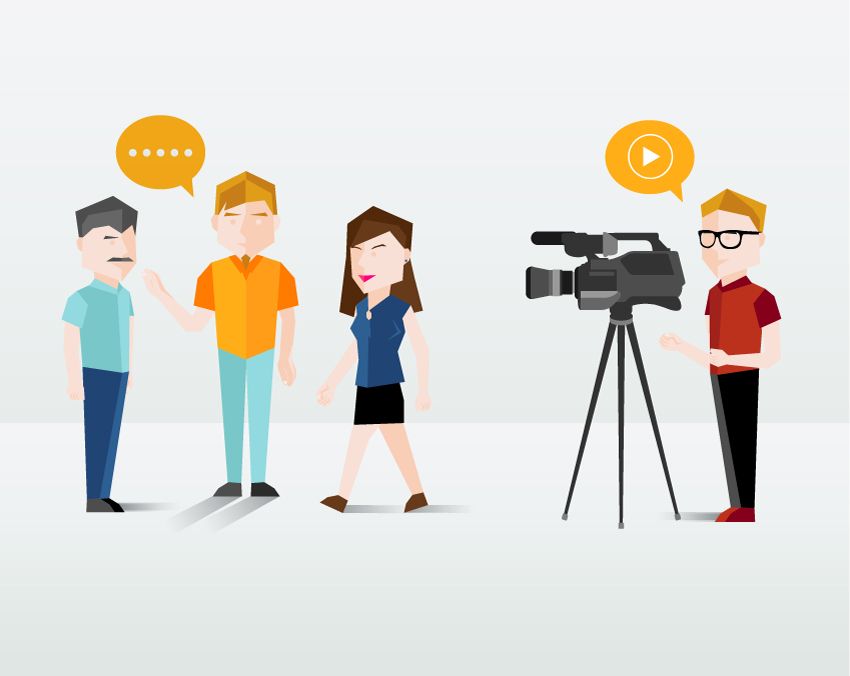 You know what makes a great celebrity? No, it’s not just talent, good connections, and good looks (though those definitely don’t hurt.)

It’s that, no matter what their claim to fame, the great ones always stay down-to-earth.

Despite the extent of their fortune, the greatest celebrities remain genuine, grounded in their values, and mindful of what got them where they are today, and when you think about it, the same can also be said for great companies and businessmen.

Founded in 2006 by Chris Savage and Brendan Schwartz, Wistia has proven itself to be one such great company.

Earlier this month, Savage sat down with IMPACT’s John Bonini to discuss how their dream of $60,000 in annual revenue turned into a multi-million dollar valuation, while their core values and quirky culture not only remained intact, but helped pave the way.

From that conversation, here are four invaluable secrets to success for every budding entrepreneur, or even seasoned businessman, looking to take their company to the next level.

1. Know Your Product Inside & Out

In the beginning, the Wistia team wasn’t exactly practicing what it preaches. Savage explains, “we built [this tool] and took guesses at how people would use it….We had videos on our website that were using Wistia, but we weren’t truly trying to market ourselves through video.”

Once the team began truly investing in video marketing and using their platform to measure its performance as their audience would, they gained a whole new perspective on their product and how they should market themselves (just take a look at the elaborate video library they have today.)

After this point, they weren’t just advising hypothetically, they had personal, proven results.

What Can You Do? Research and use your product or service the way your consumers would. Through this first-hand experience, you will know more definitively what value you are offering and in turn, be able to better position it in your marketing.

This experience will expose you to your user’s common pain points and provide insight into how your product could act as a solution. It will also help you stay on top of any issues or shortcomings in your offering so you can then work on improving it.

It’s difficult to learn on the job when there is a lot on the line. Whether it’s a client’s trust and money, your company’s reputation, or even your own job at risk, a fear of failure can freeze you into an ineffective routine purely because it’s safe.

Chris Savage and the Wistia team invested early on in creating a friendly, nurturing work environment “where people [could] have a lot of autonomy and growth…and they [could] fail and try different things.”

They encouraged their team to think outside of the box, experiment, and take risks on new methods and in the end, the company as learned reaped the rewards.

What Can You Do? Encourage your team to take calculated risks. If someone has a creative idea, have them test the minimum viable product on a small group and evaluate its performance before releasing a more finished version to your entire audience.

This process gives your team the freedom to explore new avenues, but also sets practical limits so that don’t end up “Forest Gumping.” (which brings us to our next lesson)

Simply put, “Forrest Gump’ing” is Chris Savage’s term for the act of taking an idea and running with it -- just a little too far.

“With a lot of creative work, you have a vision...and feel like you have to create the final version of that vision before people can give feedback,” Savage explains, but by doing this, a team member can end up wasting time and effort on a poorly-developed idea and not getting the outside insight they need to make it truly great.

At Wistia, they learned to prevent “Gump’ing” by sharing their rough proofs, collaborating, and providing feedback early on in the creation process.

Instead of letting someone get carried away, the team works together to encourage each other (an integral part of their culture) and put forth the best possible iteration, faster and more effectively.

What Can You Do? When you or a team member first come up with an idea, write it up in the simplest terms possible (or develop an early proof) and share it with your team.

Once everyone has been briefed, set up a time to meet and discuss the idea in more detail and as Savage says, “get [your team] to see your perspective on the creative endeavor you want to work on.”

With the lines of communication and discussion open, be receptive to feedback and encourage constructive criticism. These comments may reveal important nuances of the idea that you may have never considered.

4. Be True to Your Culture & Values

When they first began their journey to startup fame, Savage admits that the Wistia team worked very hard to hide the youth and true size of their organization.

“We were trying to act like a big...super serious company,” he explains. “...Our team page had four people on it and said ‘management’, implying there were other employees who weren’t important enough to be on the page,” but that was the whole team.

Ironically, the young company quickly found that the first deals they closed were with people who actually knew and appreciated that they were struggling. “That’s actually what was exciting,” he shared, “It was like take a bet.”

These Wistia pioneers knew they were taking a risk, but they also knew how hard it was to get customers as a new company, so they took the leap of faith.

These customer could relate to the human side of Wistia’s goals and ambitions. They identified with their culture and values, and ultimately, it was that which made them want to convert.

As Savage describes, “...we realized...being really transparent about who we were mattered; people care about that. [Knowing that] allowed us to invest more and make it a priority to show just how human we are.”

Today, Wistia infuses its culture and values into everything it put its name on; tweets, support emails, videos, content. They humanize their brand by making their passions, vulnerabilities, failures, and lessons widely known and in turn, people can relate to their journey, share in their values, and grow with them.

It is this unwavering dedication to culture and values, that has not only laid the foundation for the Wistia team to learn and grow, but has also inspired people to want to play a part in their success, whether it be as a customer or an employee.

What Can You Do? Identify your organization’s values and culture, then make them consistent across everything you do.

While brand consistency is an intricate ordeal, you can get started by maintaining a:

64% of people cite shared values as the main reason they are loyal to a brand.  If yours can embody the values that matter to your buyer persona, your marketing message will be more likely to inspire your employees, while also resonating with and converting your audience.