LinkedIn has historically been slow to adopt new, sought out features other platforms have been quick to add into their feature set.

This resistance to change definitely impacted their growth as a platform - but ever since Microsoft acquired LinkedIn in 2016, we’ve seen significant strides made to change that.

From introducing stories and embracing video, to just recently re-vamping their groups, it’s clear the platform is trying to reel in some of the engagement its lost over the years.

In fact, just this week, LinkedIn announced LinkedIn Live, a new live video broadcasting feature that will allow companies and users to connect with audiences in real-time.

After adding video to the platform in 2017, it quickly became LinkedIn’s fastest-growing content format.

Following suit with the other major platforms that have added this feature like Facebook, Instagram, and Twitter (via periscope), LinkedIn will now allow users to broadcast in real-time to a select group or their entire LinkedIn community. 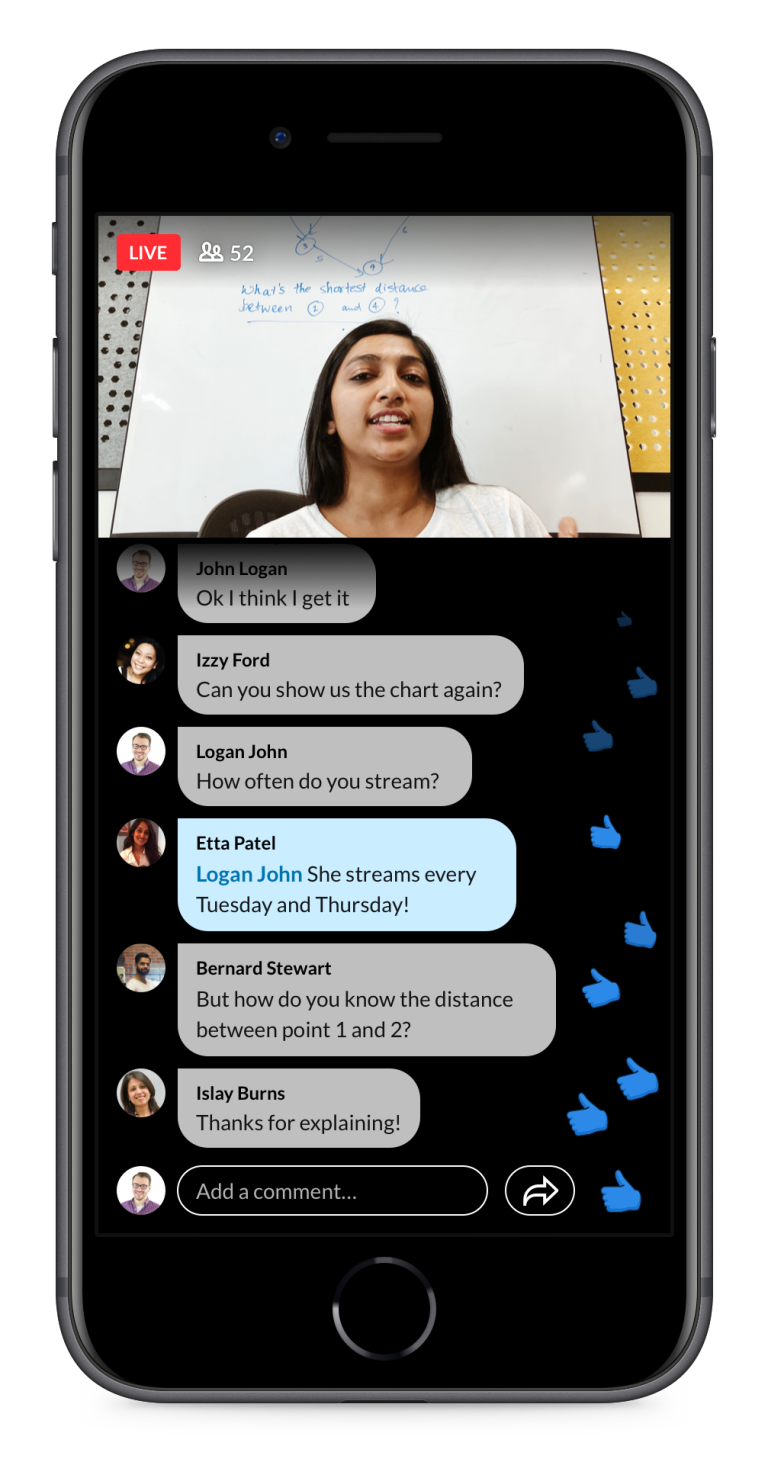 LinkedIn confirmed that LinkedIn Live will follow the same template as the other live streaming formats - users have the ability to “like” videos as they’re being broadcast, and have the ability to ask questions or provide responses in the comments.

As for the content we can expect to see on LinkedIn Live, the plan is to have live videos cover subject matter we likely already see in articles and discussions in our regular LinkedIn newsfeeds.

Due to many live videos suffering quality issues (either physical video/audio quality or lack of engaging content), LinkedIn sought out these companies to give this format the boost it needs to be successful.

TechCrunch reported these third-party broadcasting companies include Wirecast, Switcher Studio, Wowza Media Systems Social Live and Brand Live, with more expected to be added to the list in the coming weeks.

But Why Live Video?

Live video offers something traditional video can’t - the opportunity to connect with your audience in real-time, where they can ask questions, and provide feedback directly to the video host.

It can often simulate a real in-person experience, which is why users will often choose to watch live videos for longer than traditional, recorded video.

In fact, Vimeo reported that viewers spend 8x longer watching live videos than on demand. In a space where brands are competing for attention, this can be a huge differentiator.

In addition to the real-time interactions live videos create, it also provides a sense of authenticity to your videos and the people in them.

Of course, there is a place and purpose for scripted, edited videos and live videos will never “replace” them, but live videos allow your audience to get a peek behind the curtain and connect on a human level with the video hosts.

Since there's no “safety net” of re-doing takes or hiding expressions, it’s a more genuine experience for viewers.

This can be great for recruitment purposes, and for videos you hope to inspire a discussion.

The value of it being live, rather than scripted, is that viewers can see the hosts genuine reaction to their work and also ask questions, giving  potential prospects a chance to see what working with IMPACT will actually be like.

Because Live video can provide so much for businesses, I’m surprised LinkedIn hasn’t added this feature sooner - but better late than never!

With the aid of the outside broadcasting companies helping creators make high-quality, engaging content, all signs point to this being a successful launch for LinkedIn.

It will be interesting to see how this feature is used to help members connect with thought leaders, create more immersive conference experiences, and however else users decide to embrace LinkedIn Live.

How Can You Get Started?

Currently, LinkedIn Live is in beta, only available to a select few members that were invited to test out the feature. However, iIn the next few weeks, it LinkedIn will be extending the beta to more users, allowing interested parties to fill out an application form for consideration to be included in the beta testing process.

A formal rollout data is unknown, but we’ll likely see new developments be released as they receive feedback.