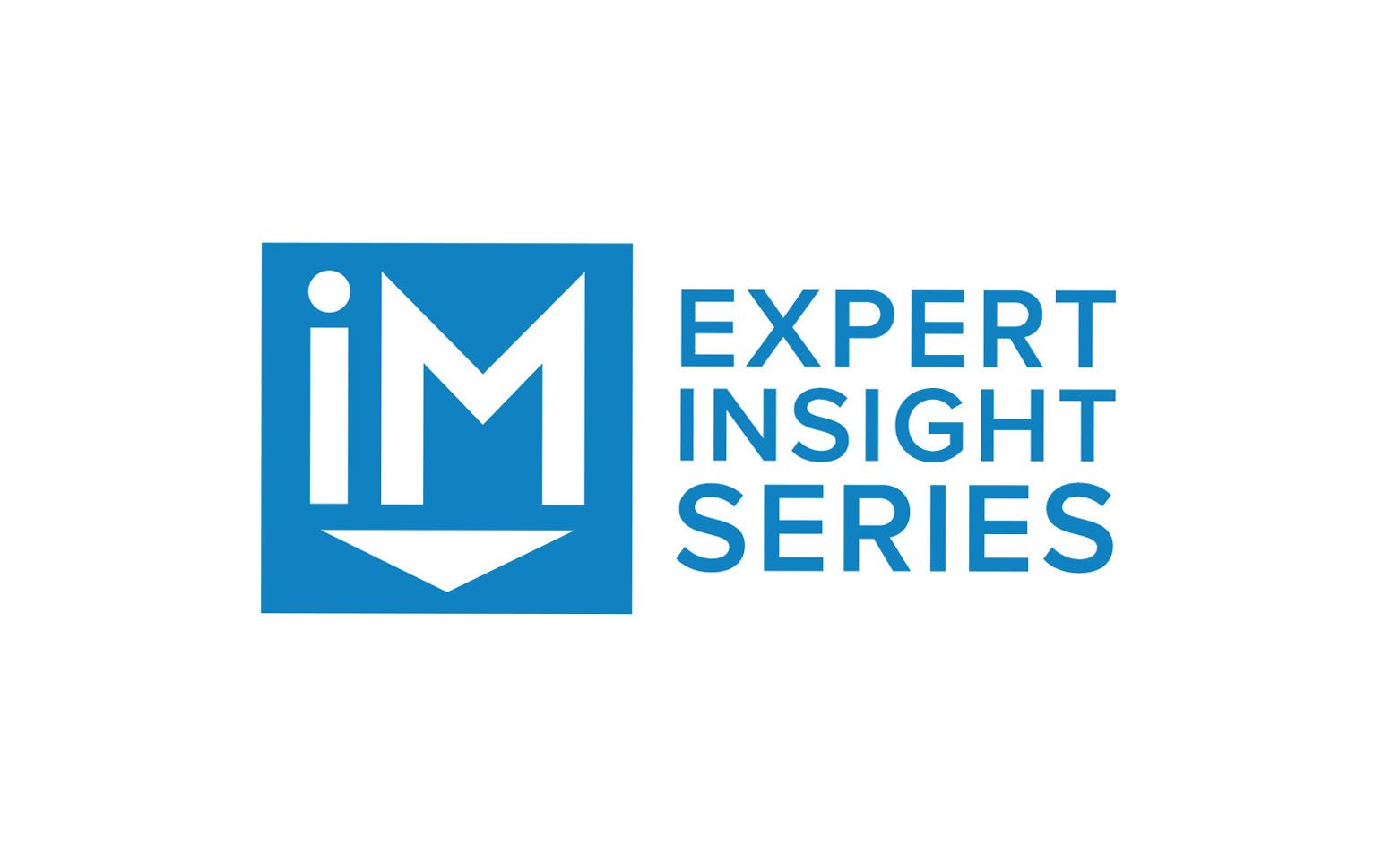 Just under a month until Brewing Marketing and Sales Success 2016 (BMSS)!

In preparation for the big day, our founder and CEO, Bob is sitting down with five of the event’s guests, beginning with marketing strategist, writer, and keynote speaker, David Meerman Scott.

David speaks on newsjacking, what it takes to succeed in real-time marketing, and shares why you need to come and meet him at BMSS! Check out the video below and to learn more about BMSS and get your tickets now visit the Eventbrite page here.

BR: Welcome everyone to the first episode of our five-part Expert Insight Series.

I'm Bob Ruffolo, Founder & CEO of IMPACT and I'm honored to be here with our guest, David Meerman Scott. David is a very good friend of mine, marketing strategist, keynote speaker, the founder of newsjacking, and he wrote the book The New Rules of Marketing & PR. David, Welcome!

DMS: Hey, thanks Bob. Good to be here. I wish I was there with you instead of using this technology that I seem to always have trouble with.

BR: Yeah, David and I just spent about 15 minutes trying to get the Hangout to work, but we're here and we're excited to get going. So, David why don't you take a few minutes and tell us about yourself.

DMS: I was a marketing and I've also been a sales guy and in 2002, I was fired and I had to figure out what I wanted to do so I started to write books and give speeches, wrote a blog starting in 2004, got on twitter right away when it started, actually I was a little late, 2008. And have spent the last 14 years, helping people to grow their business by online marketing, online PR, online selling, real-time communications; they are all passions of mine.

BR: That's great. And you were on the WT a few months ago, and that made us by all the books you've got in the background there of your office.

BMS: YEAHHHH! Every single one of the books on this shelf is a book I have written or been a part of. There's my own books written in the English language, there's my own books that are all translated into other languages, and then there's a whole bunch of books that I've written an endorsement for. So that's my personal book hall of fame.

BR: Love it. Love it. Well, David, I've been honored to hear you speak. I saw you speak a couple times at INBOUND, I was very lucky to have you come to our office, and do a very personal session for our team, and you'll be speaking at our event coming up that we're very excited about.

DMS: As am I, looking forward to it.

BR:  Brewing Marketing & Sales Success and for those of you who don't know what it is, it's an all-day marketing event hosted by IMPACT on June 3rd at the Stony Creek Brewery in Branford, CT. David, can you give us a quick overview of what you'll be speaking about?

DMS: Yeah yeah yeah. I'm gonna be focused on how to create real-time information in the form of a blog post, YouTube videos, tweets, that can instantly engage an audience because what I've noticed is so many organizations focus exclusively on a campaign mode of marketing and sales and public relations. And there's nothing wrong with doing campaigns, I do it too, I'll plan a blog post for two weeks from now, but if you're only doing campaigns, you're missing out.

So, I'm going to be talking about how to take advantage of what's going on right now in order to reach buyers directly. I'll be specifically spending a little bit of time talking about a concept I've pioneered called newsjacking, which is the art and science of injecting yourself into a current news story and we will have some fun talking about newsjacking and hopefully, if there's an interesting story brewing right at that point -- you got my little brewing there I hope, Bob. -- then we can do some real-time newsjacking right then and there, which I've done in some of my presentations and it's always really cool to see people take advantage of the ideas right away.

BR: Exciting, I can't wait to see it. David, when you talk real-time marketing, what do you mean by that?

DMS: So, what I mean is that getting your audience and your communications and marketing directly into alignment. And what it means is that you want to understand what people are buying, what they are doing right now this second, then how can you align your business with the ways people are buying. What that means for practical purposes is that there's people on your website right now, there's people who are using social networks to find products and like yours right now, how can you can engage with them right now because now is when they are ready. And the whole idea of real-time is essentially acting like a bond trader.

My first job was on a bond trading desk and you can't be a bond trader and work in the financial markets unless you are looking at what is happening right now in the news, in the markets; happening with politics, and it's the same idea. It's understanding what's happening right this second.

It also includes this concept of newsjacking that we talked about earlier, which is understanding what is going on in the wider world, not just with your organization, but the wider world and taking advantage of it by right then and there creating a real-time blog post or doing something that would generate interest.

DMS: Well, it absolutely requires a mindset shift because you know,w e as marketers, for as long as there's been marketing, 100 years-200 years have been operating in campaign mode. We've been thinking about what we're going to do next week, next month, next quarter, the next product launch.

So, we need to have a mindset shift that says ok that's still important. I'm not going to not do that, but I need to totally take advantage of what's happening right now this second and how people are making buying decisions right now. So, I think that mindset shift is a lot like the way that you need to make a mindset shift if you want to get fit and healthy.

You can't just say I'm going to eat one piece less of pizza this month and I'm gonna maybe jog around my house once and say I'm all set because I've done my exercise and limited my diet. You've got to make it a part of your life, you've gotta exercise every day or nearly every day, you've got to eat right every day or nearly every day and that requires a mindset shift, it requires changing your life.

I think the same thing is true of developing a real-time marketing strategy, you can't dabble, you've got to go all-in and that requires that you have to have a mindset shift both in yourself and your organization that says when the time is right I'm going to act.

BR: And one of the things I remember about you being a real-time market is many people always say never be late for a meeting, always be early. You actually have a different philosophy, you say I'm sorry something breaking is happening and I need to write a blog article or create content right now. I'm sorry, I'm gonna be late for the meeting. I need to do that first and that's part of the philosophy you're talking about.

DMS: Yes and it's rare that I have to do that. But yes, I've canceled phone calls, I've been late to meetings, when the time is right, I need to put that piece of content out, right now, this second. And you know, that doesn't mean it's going to happen every day and not even every week, but there's several times a month or twice a week that it happens, it means you've got to jump right then and right there.

BR: You mentioned newsjacking before and we've all heard the term. Can you give me an example of someone who's newsjacked recently and done it really well?

DMS: Yeah, so I'm actually in the process of writing a blog post as we speak and it wasn't so important that I needed to cancel this call, but I've got a fun example, talk about meta, I've got an example of someone who's newsjacked something that was originally newsjacked and I'm going to now create a blog post that is newsjacking on top of that. So, here's what happened.

THEN, a couple of weeks later, one kickstarted a guy called zack created a campaign to sell a deck of woman's cards -- and it's really cool. The starting point is 25 bucks and I'm just looking at the campaign now and it's called "The Woman Card[s]" on Kickstarter.

At the moment, it's got 1,885 backers and he's raised $74,868 with 26 days to go. So here's a guy, a young entrepreneur, who said well shoot, let's make some woman cards and he's got all these people backing it then he'll go to a printer, have them mailed out, and I would imagine make a healthy profit and here am I in the process of writing up the blog post. So I'm newsjacking Zack, who's the newsjacker of Hillary Clinton, who's the newsjacker of Donald Trump.

BR: That's incredible.... Well, David my last question for you and I appreciate your time this morning, is why should people make sure they're at Brewing Marketing & Sales Success to see your presentation?

DMS: Well my presentation will be interesting, but the whole day will be interesting, that's why I'm siked for it. You've put together a wonderful program. You're gonna be there, your colleagues are gonna be there. Beer is gonna be there so it's gonna be a really great event. But if you wanted to get some thoughts about real-time marketing, how to get started, if you wanted to see some fantastic examples of newsjacking, and how you might take advantage of newsjacking yourself, it's really important to be there.

BR: I appreciate that. And besides coming to the event and meeting you in person, how do you recommend viewers get in touch with you?

DMS: So newsjacking.com is a great place to start if you want more information about the idea of newsjacking or you can find me on Twitter @dmscott, or just google my name.

I use Meerman, my middle name, because I'm the only David Meerman Scott in the world so if you Google me, you get me and nobody else. I learned when I first went online, with my very first website back in 1998 that there are a hell of alot of David Scotts out there and I didn't want to be one of many, I wanted to be one of one. So, Google David Meerman Scott and you'll find all sorts of stuff.

BR: David, it's gonna be great seeing you in a few weeks and we'll see you then.

DMS: Looking forward to it, Bob.

BR: Thank you so much.