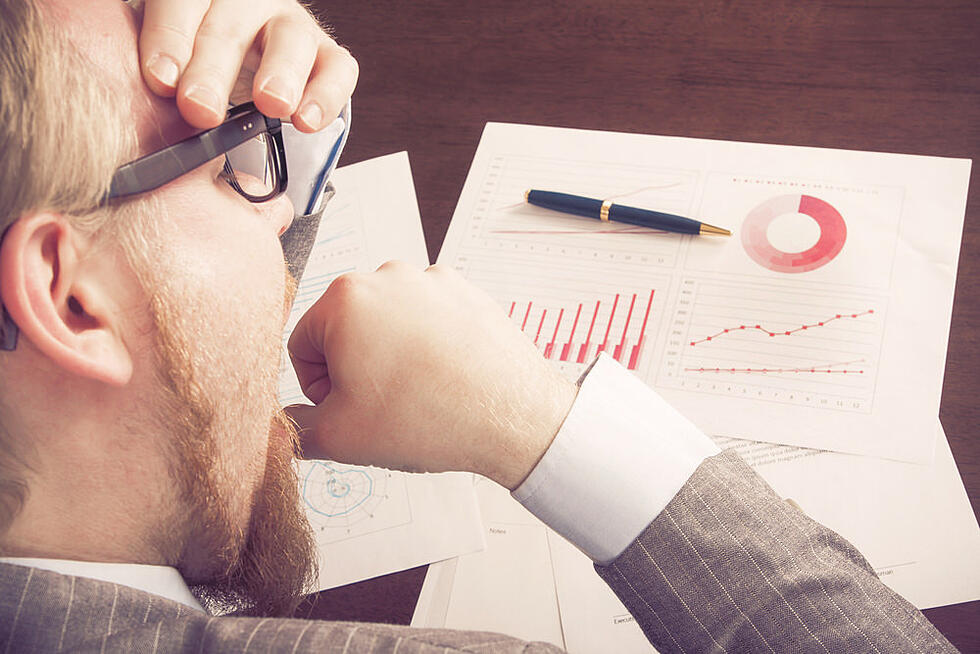 If you work in a "boring" industry, it's likely that you've dreamed of what it would be like to market something sexy like sports cars, designer shoes, or yachts.

When you're not busy day dreaming about that, you're probably busy blaming your "boring" industry for your inability to blog regularly, generate any engagement on social media, or create a campaign that doesn't flop.

I'm pretty much hitting the nail on the head here, right?

While everyone is entitled to a pity party every so often, blaming your industry, product, or service for your lack of success simply isn't a viable justification.

So grab a post-it and write this down: “I attribute my success to this: I never gave or took any excuse.” - Florence Nightingale

Now stick that up on your screen somewhere you can see it and check out these 6 "boring" companies whose marketing strategies mirror that very motto.

How do you transform something as humdrum as office supplies into something people can get excited about?

Aware that it'd be next to impossible to cut through the noise on Twitter talking about 3-ring binders and ballpoint pens, the Tweet Team at Staples has mastered the art of funny, relatable, office-inspired tweeting. 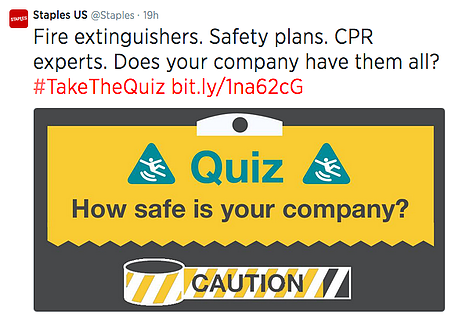 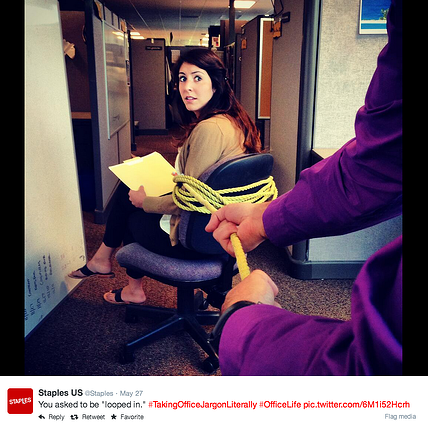 By focusing less on their products and more on the interest of their ideal customers, they've managed to create a lighthearted, conversational presence that people actually want to engage with.

By employing interactive nuggets like the office safety quiz above, Staples has found a way to catch the attention of news feed scrollers by providing them with an opportunity to participate.

Additionally, they often bring relatable office situations to life using the hashtag #OfficeLife in a attempt to engage followers through humor and empathy.

Paper is just one of those things that you rarely ever see anyone get excited about.

So how do you take some so stationary (pun intended) and bring it to life? 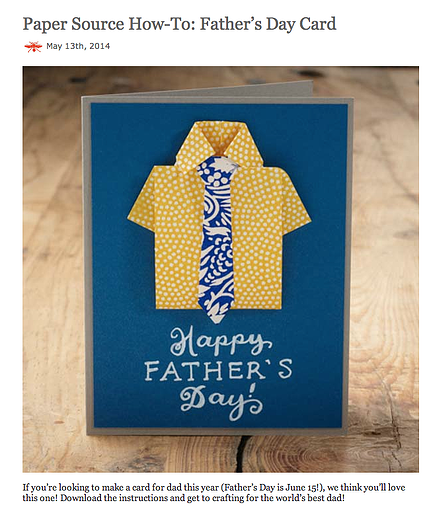 The paper store, Paper Source, has managed to leverage their blog in order to create a community around their brand.

Through the creation of interesting, innovative "How-to" articles, the P.S Blog has become an excellent resource for crafters everywhere.

Unwilling to let their boring industry stifle their success, they've seamlessly incorporated their products into their "outside of the box" designs to encourage sales and inspire customers.

Whether you're selling software in the form of a disk or software as a service like Moz, there is more to successful marketing strategies than pushing the benefits.

With software startups popping up left and right, SaaS companies must find a unique way to convey their software to the right audience.

Aware that it's fairly difficult to make a software sexy, Moz decided to get a leg up on their competition by using marketing tools to humanize their brand. 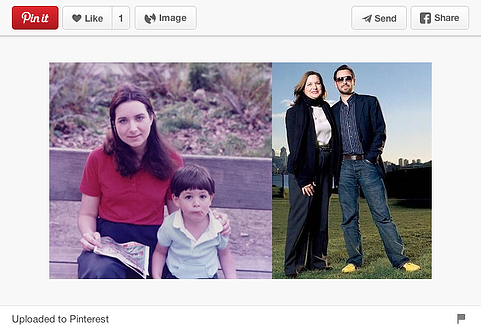 Instead of going straight to the sales pitch, Moz took to Pinterest and started creating boards that showed off their human side, not their software. Aware that people prefer to do business with people that they know and trust, Moz made a conscious effort to lower the barrier by creating the "Mozzers Then and Now" board, as well as the "Moz Dogs" board.

"Mozzers Then and Now" highlights Moz employees alongside childhood photos of themselves, and the "Moz Dogs" board showcases, yup, you guessed it, dogs of Moz employees.

These small additions to their Pinterest presence have the ability to reveal a human element not commonly transmitted by software companies, ultimately giving their marketing strategy a unique edge.

If you're in the blender business, it's likely that you're scratching your head trying to think of ways to get people talking about your company.

I mean, you need a blender to make margaritas. Margaritas are cool, right?

But pushing margarita making isn't enough to sustain an entire business, so Blendtec decided to take a different route. A route that has proved it's ability to transform their brand into an Internet sensation.

In an attempt to make blenders go viral, Blendtec created the "Will it Blend?" video series on YouTube.

All of the videos are presented by their CEO, Tom Dickson, which serves as an effective way to humanize their brand and showcase his unique authenticity.

In each video Dickson attempt to blend various items in order to demonstrate the power of his blender. Some of the items featured in past videos were assorted Justin Bieber merchandise, iPhones, iPads, Twilight figures, a Halo headset, and a Wi remote. The chosen items alone have had the ability to create a buzz for the videos, because honestly, who doesn't want to see a Justin Bieber barbie get blended?

Additionally, Blendtec identified an opportunity to get their audience involved in the process by reaching out to them for recommendations for things to blend in future installments of the series.

How do you approach a multinational conglomerate corporation?

Not only has GE's marketing team figured it out, but they're doing it better than most companies. 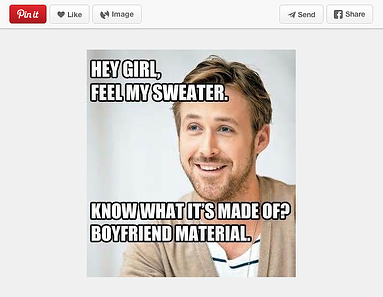 With a Facebook page dedicated to the promotion of technology, innovation, and inspiration over product pushes, and a Twitter account with a similar mantra and some awesome visuals, it's only right that GE carried their excellence over to Pinterest.

With nearly 22,000 followers, it should come as no surprise that GE is putting out a high quality variety of content.

While their brand may not be the most exciting one, they've incorporated boards like "Gifts for Geeks" and "Fabulous Kitchens" to appeal to search habits of the Pinterest community.

Our personal favorite? The "Hey Girl" board which is home to all of their Ryan Gosling inspired memes. Not only are memes highly sharable on Pinterest, but the ability to make someone laugh can go a long way.

Marketing insurance sounds like a drag, yet there's a ton of companies out there who refuse to let it get that kind of rep.

I mean, Geico employed the gecko, Progressive brought Flo into the world, and who could forget the Aflac duck?

With all of their competitors finding ways to transform insurance marketing into remarkable marketing, AllState knew they had to ditch the "You're in Good Hands" spiel if they wanted to progress.

In 2006 AllState introduced the fictional character, Mayhem, to help them remind consumers of situations in which they'd wish they had AllState. Between raccoon infested attics and collapsed roofs, Mayhem personifies destruction, ultimately making it easy for AllState to become recognized as the necessary solution.

The commercials are both dramatic, humorous, and shareworthy, which is why they've seen such success.

Additionally, AllState brought Mayhem to Twitter in September of 2013 where he has since generated a 60,000 person following. With Mayhem's Twitter in place, AllState now has the ability to inject him into trending conversations on Twitter to help their brand gain some borrowed relevance.

Insurance is just so boring that we decided to include it on this list twice.

Liberty Mutual is another insurance company doing their part to disprove the rumors that this industry is, in fact, a snor.

Unlike the fictional character approach that many companies chose to take, Liberty Mutual is taking things a bit more seriously.

Liberty Mutual has done an impressive job getting to the root of their companies values and finding an innovative way to involve the community.

According to their website, The Responsibility Project serves as a "a place to think about—and discuss—what it means to do the right thing."

This project has seen such success because it has ignited a social conversation around their values, and inspired people to share their stories.

Knowing that our decision-making process is heavily influenced by the power of emotion, Liberty Mutual's empowering campaign has the ability to create a more personal connection between themselves and their potential and existing customers.