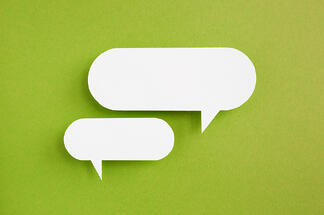 How often do you feel like you’ve hit a roadblock with something important? It’s frustrating isn’t it? Especially when you don’t know how to get past it.

I always find that whenever I’m stuck or confused about something, it’s especially helpful to see what other people might have to say on the matter.

For life advice, I’ll typically ask a family member. For work advice, it’ll be a co-worker. For existential matters, probably my therapist. But I digress.

We discuss the importance of social media and content sharing a lot around here, but with so much to keep in mind, it can get either confusing or overwhelming.

For that reason, I thought it helpful to turn to a few people from the public eye and the world of social media. The following is a compilation of their most succinct thoughts regarding some basic tenents to social media.

“You can buy attention (advertising). You can beg for attention from the media (PR). You can bug people one at a time to get attention (sales). Or you can earn attention by creating something interesting and valuable and then publishing it online for free.” - David Meerman Scott

I figured we should start with something broad here about the purpose of social media as a marketing tool in general.

All of the marketing methods mentioned in this quote are all inherently intrusive. That’s not meant to sound as negative as it does; it’s just a fact of the matter. Social media is the only marketing strategy that is not only free, but doesn’t outright demand attention from your audience. If anything, it’s the other way around. If your content is interesting, your audience starts to demand more from you.

When you’re using social media, you need to think about the what and why of what you’re sharing: what is the purpose of this post, and why will my followers find it interesting?

This quote is very instructional and to-the-point. Your followers will notice when you’re posting for the sake of it. There needs to be a plan in order to be successful. You’d be hard pressed to find very many quality, actionable, social postings that were done haphazardly.

“If content is king, then conversion is queen.” - John Munsell

Speaking of actionable content, conversion is the real measure of how well your posts are doing. The adage that “content is king” is heard over and over, but conversion and content go immediately hand in hand. You could be posting the most interesting or hilarious content in the world, but sadly, if it’s not turning prospects into customers, it’s not good enough.

It can be tough to master, but it’s honestly a trial-by-fire experience. The important thing is that you listen to what your followers are saying, and cater to their needs in the most feasible way you can. It’s social media for a reason, so don’t be afraid to communicate with your customers.

“The overarching problem is that everyone sees and uses social media from a different perspective.” - Neal Schaffer

On the surface of it, this quote sounds like a negative, disparaging thought against social media. To me, it’s a sarcastic, ironic truth about the nature of it.

There are roughly 1.73 billion people around the world using social media, and everyone’s point of view is their own, more or less. It’s not only hard to cater to everybody, but it’s hard to wade through and discern what is of value to you. It really is a problem, but it’s advice to keep in mind as you’re navigating your audience’s opinions.

“A brand is no longer what we tell the consumer it is – it is what consumers tell each other it is.” - Scott Cook

It used to be that a brand’s owners were in control of its messaging because they were the only ones with access to it. Nowadays, with social media, the audience is just as much a part of the brand as anyone else is.

Your company, as uncomfortable as this may sound, is not always the final say in who you are anymore. For better or worse, the Internet can spread a new way of thinking about a brand a lot quicker than telling a few friends previously could. After that, you need to cater to that audience, which is actually a great segue into this next quote.

For lack of a better term, the “damage” done on social media is heard on a much, much larger scale than before the time of Facebook and Twitter.

In no uncertain terms, this quote says it all. You can talk to a lot more people a lot quicker thanks to social media, so the role of customer service and marketing communications are elevated to a much higher standard. If you don’t rise to the responsibility, you may lose prospects to the competition.

In other words, you need to be more mindful of your audience now than ever.

“I’m not motivated to entertain people through Twitter, so just by having Twitter and not saying anything, I make people mad.” - Louis C.K.

I’ve included this last quote for a few reasons. First, because it’s a very tongue-in-cheek sentiment about the responsibility we feel we have to social media in general, but also because of the notion that it’s not enough to merely have a social media channel just because everyone else does.

This quote says a lot about the social pressures of having social media. Whether we like it or not, that’s where our desired audience is, and it’s important that we go to where they are.

At the same time, we can’t just create a Facebook or Twitter without activity or else it disappoints our customers. Silence can speak volumes, and when you’re silent toward your audience, they become disenchanted.

Social media is sort of unfair in a way.

There’s a pressure and necessity to have it, a requirement to be good at it, and frankly, a lack of forgiveness when you aren’t. Fortunately, social media can be awfully rewarding too. These aforementioned quotes should give you a few things to keep in mind as you execute your social strategy.

It can be tough, but it doesn’t have to be scary. Like anything, if you have a plan, you should do fine.