The theme song is stuck in your head all day, patriotism is at a high, and you’re probably watching swimming, gymnastics, and track on TV for the first time in years.

The Olympics are on!

With the games in full swing, brands are trying to take advantage of this once-every-four-years opportunity with their own Olympics-themed marketing campaigns. During the 2012 Olympics in London TV viewership in the US topped 219 million, proving that the games are consistently one of the most anticipated global events.

As technology continues to advance, people are engaging with the Olympics more than just on TV - they are streaming events online and watching recaps on social networks like Snapchat.

These advancements have expanded the way brands can market themselves - you no longer need to have a multi-million dollar primetime TV spot to take advantage of Olympics coverage. And companies are leveraging these new opportunities.

Some are swinging and missing, but some are winning big time. Here are 11 brands that are going for gold with their Olympics-themed marketing, and succeeding.

Olympic corporate sponsors have the benefit of being able to use the official Olympics logos and graphics for their marketing campaigns. While this obviously makes it a little easier for them to make Olympics-themed content, there are a few sponsors who have taken it to the next level, and I feel the need to give them some props for it.

Proctor and Gamble (P&G) has been absolutely crushing their Olympics marketing over the last handful of Olympic Games (winter and summer).

I don’t know about you, but I’ve shed a tear more than once while watching their commercials. This Rio 2016 commercial has almost 21 million views. Not too shabby P&G, not too shabby.


At the start of the games, Samsung released the new Galaxy S7 Olympic Games Limited Edition phone and gave out 12,500 to all of the 2016 Olympic athletes.

In tandem with the limited edition phone, they announced that they collaborated with NBCUniversal and Olympic Broadcasting Services to make certain events available in virtual reality for the first time ever.

Let's follow @ryanpierse as he heads off to photograph diving in Day 2. #Rio2016 #GettyAtTheGames pic.twitter.com/49pda002wK

This year the IOC appointed Getty Images as the official photographic agency for the 2016 Rio games. They have photographers at all the events and they’ve been sharing highlights on their website as well as Twitter via #GettyAtTheGames. 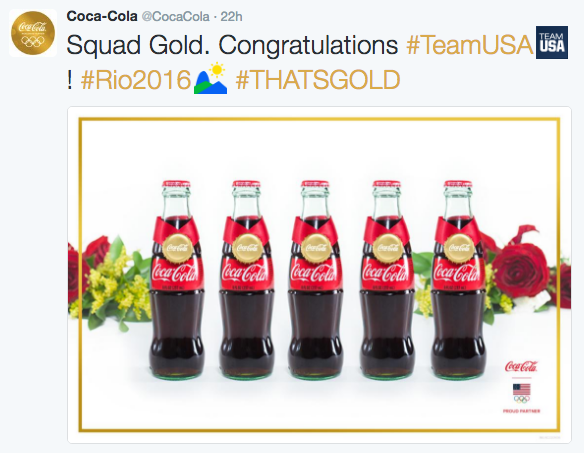 Coke has taken their Olympic marketing to Twitter with their #THATSGOLD campaign. They’ve been engaging with their audience with Olympics-themed polls and clever congratulatory messages to US athletes.

Visa is proud to welcome Yusra Mardini and all the Refugee Olympians to #TeamVisa. #Rio2016https://t.co/ZB0YjQFZoT

Visa is not only a worldwide sponsor of the Olympic games, but the company also sponsors individual Olympic and Paralympic athletes from all over the world through the Team Visa program. They even have their own #TeamVisa emoji!

Even more impressive (at least to me) than the high-budget, officially branded campaigns are the campaigns by non-sponsors. There are extensive copyright rules about what non-sponsors can and cannot say and do on social media (see the graphic from AdWeek below).

This means brands like yours have to get more creative and out-of-the-box with how they leverage the Olympics in their marketing. Here a few that have done that impressively well.

It's #AdweekChat day! We'll obviously be discussing the Olympics. And giving out medals for best gifs. 2pm ET! pic.twitter.com/3juoeq7hj9

#AdWeekChat is something that happens regularly outside of the Olympics, but this week they made the games the center of their discussion.

Questions ranged from the Olympics trademark restrictions to how people have been watching (TV, streaming, etc) and hundreds, if not thousands, of followers have been tweeting their thoughts.


The makers of Overwatch, the popular multiplayer first-person shooter video game, are celebrating the Olympics by selling limited-time content available only during the games.

For those of you familiar with the game, you can buy Summer Games-themed loot boxes that include different items including skins and icons.

Probably the most adorable Olympics-themed campaign is Google’s Doodle FruitGames.

Available within the Google app (iPhone and Android), there are currently seven different FruitGames, each of which depicts cartoon fruits playing different Olympic sports.

I will admit, this might be my favorite. You’ll understand when you’ve played.

This is one of the more subtle odes to the Olympics, but has been airing in-between primetime Olympic events and I therefore deemed it worthy of this post. It’s also hilarious, so that helps.

For those of you who don’t know, theSkimm is an online news source that “makes it easier to be smarter.” Their daily email newsletter, The Daily Skimm, is sent to readers every morning, with a synopsis of all the biggest news from the previous day.

Skimm HQ self-admittedly loves the Olympics, so they’ve been sharing event highlights at the end of every newsletter. They even made an iPhone calendar with every single Olympic event so you don’t miss anything. 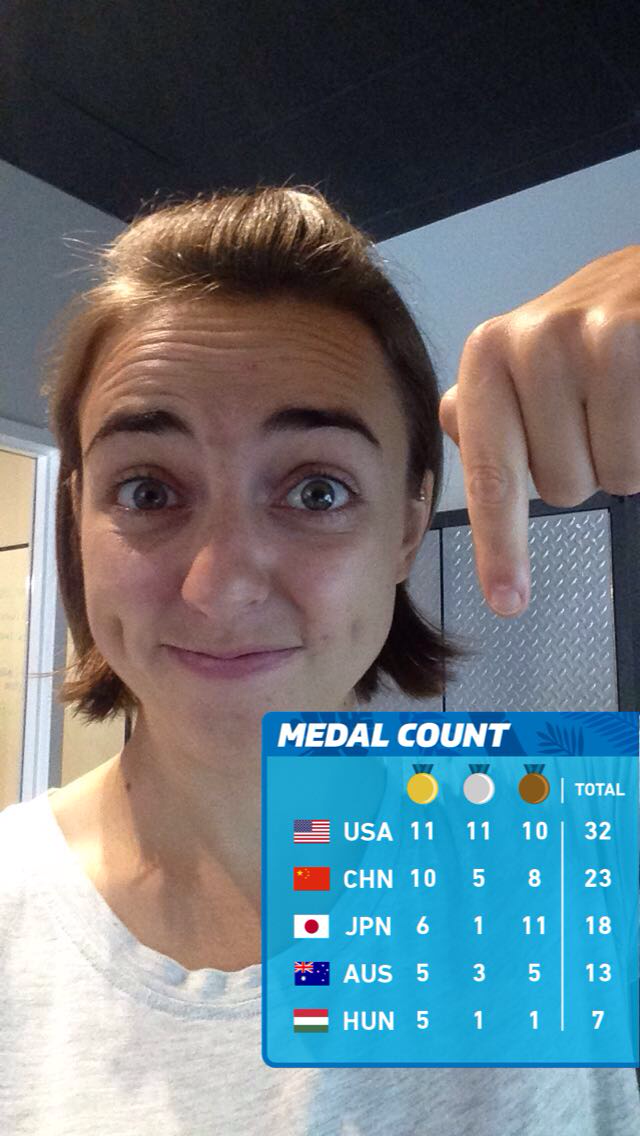 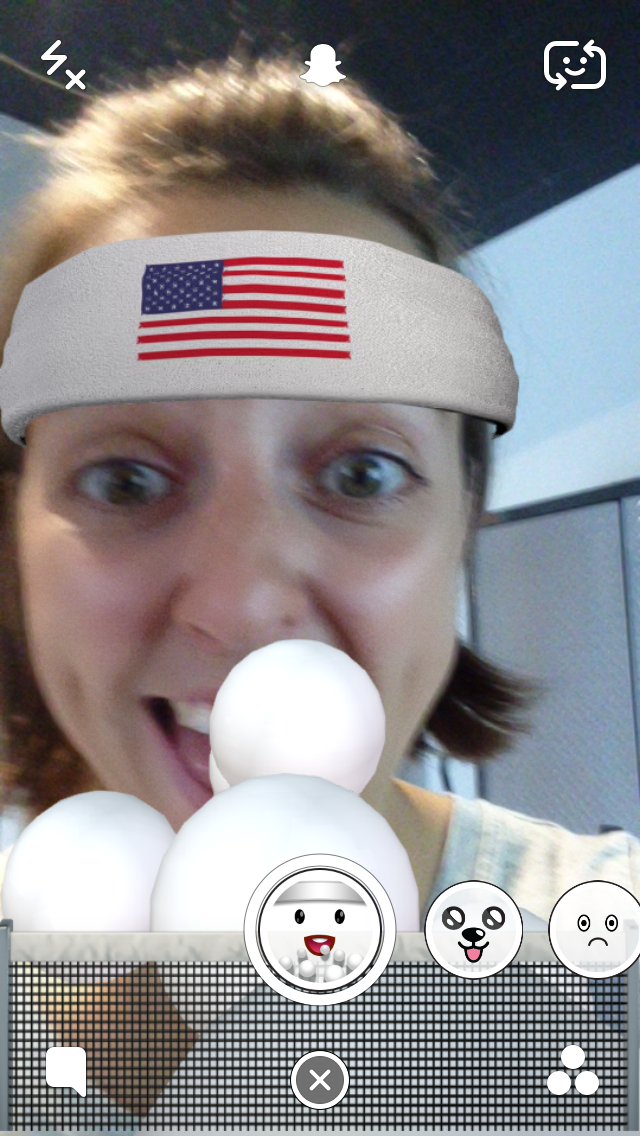 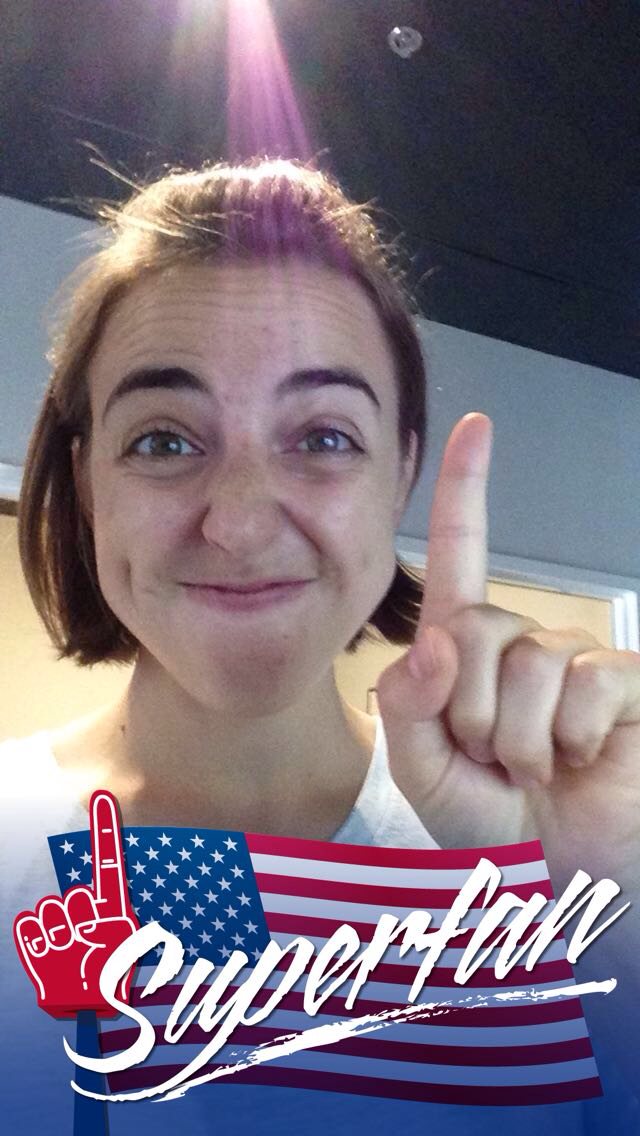 No surprises here - Snapchat has been coming out with all kinds of Olympics-themed filters, lenses, Live Stories, and more to get people engaged and interacting.

Two of the coolest GeoFilters featured during the games are the Medal Count filters. One is a medal count of the top 5 countries, and the other is just a US medal count - and they update live!

Your Turn to Medal

While there are lots of restrictions on what you can and can’t do regarding the use of the Olympics brand, these non-sponsor campaigns prove that you can do great Olympics-themed marketing, no matter the size of your brand.

So get out there, get creative, and go for gold!