COVID-19 sensor could bring daily testing to smartphones by August 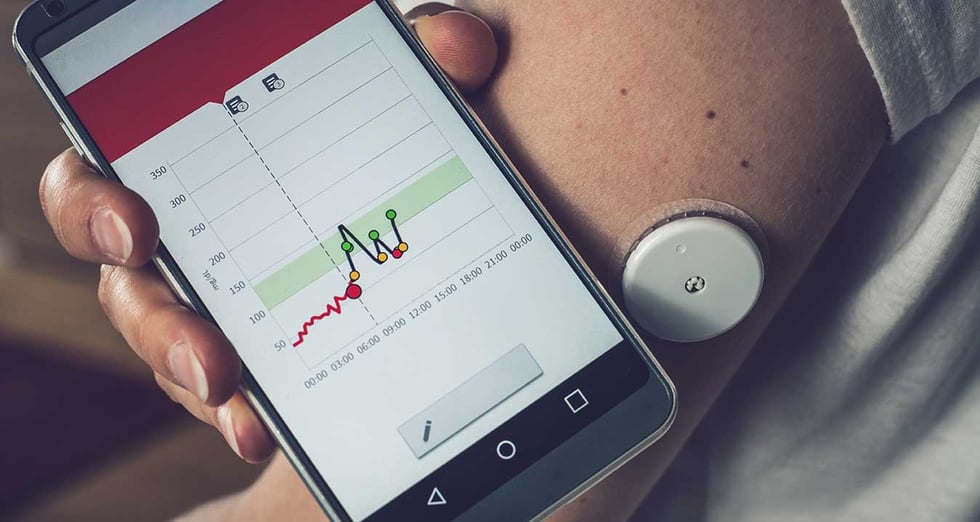 For sales and marketing professionals looking to return to face to face interactions, that reality may be closer than you think. A self-test for COVID-19 via an iPhone sensor is currently in the works, which would help people diagnose and self-quarantine sooner.

A project whose original purpose was to create a low-cost sensor for the Zika virus for the iPhone is now being reinvented to test for COVID-19. This would help decrease the need for people to perform self-swab nasal tests, an uncomfortable procedure.

This alternative method would enable quick and cheap testing, while also providing to be significantly more comfortable.

The project is being led by Massood Tabib-Azar, a professor of bioengineering at the University of Utah, who created the 2016 version that tested for Zika. He’s hoping this rework will be able to detect the virus in roughly 60 seconds.

Dr. Tabib-Azar currently has a working prototype. Measuring about one inch wide, it connects to a host device over Bluetooth and draws power from a smartphone charging port. The sensor tool works in combination with a mobile application which has you deposit a saliva sample for reading.

If you have the virus, the DNA strands from the virus would bind to proteins on the sensor, creating an electrical resistance and triggering a positive result in the application. The sensor also works by detecting viruses on surfaces using a swab test.

Tests can be destroyed using an electrical current, making the sensor reusable.

Researchers claim the sensor could cost consumers around $55. This price point could make testing much more widespread and help people quarantine if they have the virus.

Earlier this month, the project received a $200,000 grant from the National Science Foundation Rapid Response Research to further fund its progress.

The device is expected to enter clinical testing in July, and is planned to be available to the public in August at the earliest.

This type of technology is not unique to Dr. Tabib-Azar’s project. Tech giants, such as Apple, have been experimenting with electronic detection via different samples (bodily or environmental) for the past several years.

Apple has been experimenting with virus detection through electronics for some time and owns several patents that also use sensors to perform various tests.

One of the most recent patents from 2019 includes the use of sensors to detect poisonous gas and airborne chemicals.

Other patents from Apple also utilize sensors to detect specific environmental changes. One patent from April proposes an Apple Watch could detect water and determine if the user is drowning.

Stanford University's Health Innovation Lab has also opened enrollment for a study unrelated to Dr. Tabib-Azar’s project that aims to see if wearable devices like the Apple Watch could be used to track and identify diseases like COVID-19.

If tools like these are found to have a high rate of success, these could become the norm to help better detect viruses in the future.

Future use cases of tools like this are limitless. As sales and marketers, tools like this could be used before future encounters with prospects or clients to test whether or not anyone is infected with COVID, halting the gathering before those infected come in contact with healthy people.

Even wearables or our smart home devices could become programmed with technology that normalizes viral tests. Google home or business systems could begin taking air samples and let you know if there are pathogens in the air. Or wearable tech could start delivering biometric viral infection warnings.

Ultimately technology like this can make everyone feel more at ease and lessen the impact pandemics have on us in the future.

From Apple to Google to Facebook and beyond, major tech companies have stepped up to help combat the global coronavirus pandemic.

Google is releasing location data to help inform governments and public health officials how people are moving around during the pandemic.

Facebook has invested $100 million in the news industry and fact-checkers while also donating $25 million to support healthcare workers on the front line.

Amazon has doubled the regular hourly base pay for every overtime hour worked, providing free masks to all Whole Foods Market customers, and is vigorously combating price gouging to combat those seeking to profit off the COVID-19 crisis.

At a time when big tech is often vilified for putting profits over people, it’s rewarding to see philanthropic efforts during this humanitarian crisis.

Slack launches Slack Connect: Could it end email communication as we know it?

Post-pandemic workforce: What to expect

Post-pandemic workforce: What to expect

COVID-19 made them a necessity, but virtual events are here to stay

Virtual Selling: How to prepare the right way for a video sales call

Home Depot says 'no' to usual Black Friday, another sign brands must adapt

How brands are adapting their customer experiences to COVID-19