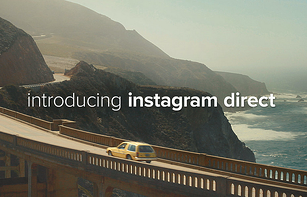 For a few weeks Instagram has been cooking up something new for their 150 million monthly active users.

In the weeks prior, the photo and video sharing platform sent out invitations that were actually delivered by FedEx, a well-received alternative to the typical email invite we've become accustomed to receiving.

Perfectly packaged in brown paper and adorned with a white bow, the invitations announced a surprise press event, and we all marked our calendars for December 12th at 10 a.m.

I sat in anticipation at my computer and watched the live stream of the event on Mashable to see how the story would unfold.

It was then that Instagram released Instagram Direct as part of their 5.0 update available now in the Apple App Store and The Google Play Store. The photo messaging service serves as a more exclusive way to capture and share a moment with your friends, family, coworkers, and whom ever else you see fit.

Not to be confused with Snapchat, Instagram Direct invites users to send and receive private photos and videos with both individuals and groups.

So what does this mean for content marketing, and how will it come in handy for marketers?

Navigating your way through the new feature is fairly simple!

Once you update your Instagram app, you'll notice a new icon in the right corner. Simply tap the icon to access Direct. 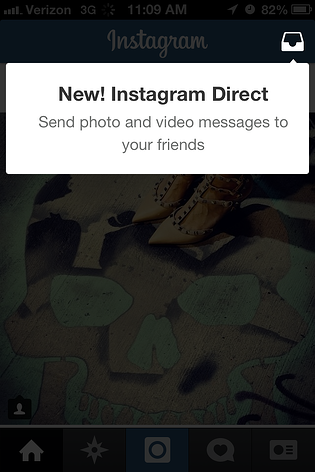 This is where you'll get started. To initiate a new photo or video message, tap the plus sign in the right hand corner to open the camera. 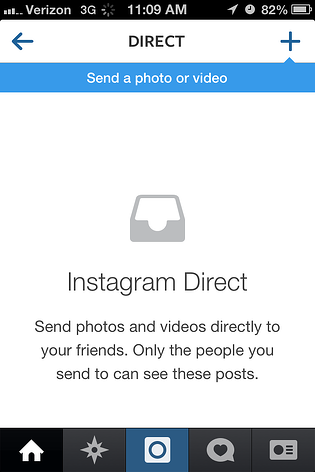 A tap of the blue circle button will capture an image, which you can then edit using the Instagram filters listed below. If you'd rather send a video simply tap the video camera button and tap and hold the red button to record.

Once you've crafted an image or video that you're satisfied with tap the next button in the top right. 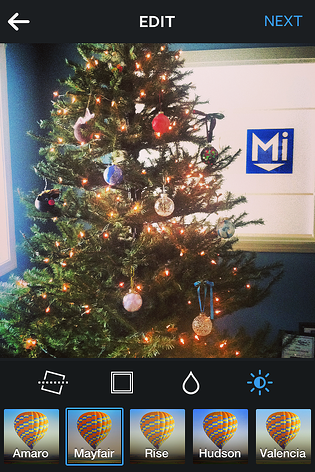 A list of your followers will appear, and you can simply tap the circle next to their name to add them to your recipient list.

You can select up to 15 people to share your moment with, so choose wisely and don't forget to add a caption! 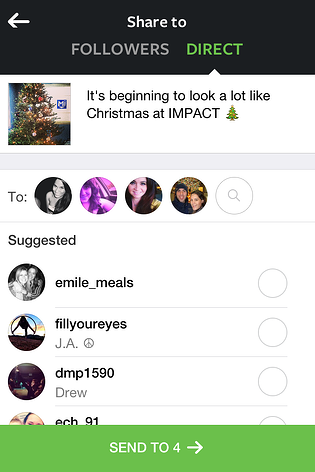 Once you're finished with the final touches, tap the green send button at the bottom of the screen to send off your creation.

From here you will be able to revisit the image and add comments to kick start the conversation.

What's great about this new feature is that Instagram is already home to a massive user base. Rather than start from scratch, brands on Instagram can start making use of Instagram Direct by interacting in a new way with their existing reach.

The feature's strongest quality is that it opens up an opportunity for brands to connect with their followers one on one, which allows them to humanize while building stronger bonds.

Unlike the disappearing act performed by the content on Snapchat, Instagram Direct allows users to revisit the images and videos at their leisure. This element changes the way people will interact with the content, and perhaps increase the likelihood that they will start word-of-mouth marketing the content they receive.

In less than a week's time brands like Gap have already begun experimenting with the new feature as a new way to facilitate communication with their customers through the distribution of exclusive content.

Gap hosted a #WIWT (What I Wore Today) contest on the platform and asked users to be the first 15 people to comment on their photo for a chance to receive a special private message from them.

From there they sent the 15 users a message prompting them to send a photo of what they wore today for a chance to win a Gap tablet case. 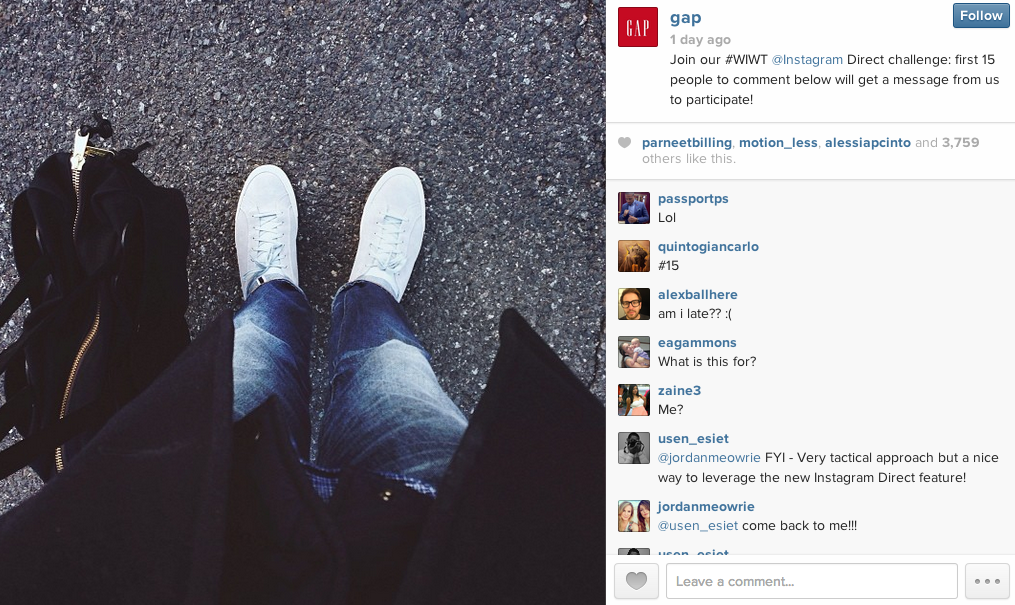 "I think it's going to be a great tool in terms of deepening relationships with customers," said global director of digital and social media at Gap Rachel Tipograph in a statement issued to Mashable.

In an attempt to "test and learn" the new feature through the launch of their contest Gap managed to create a buzz on the Internet. Having taken the initiative to adopt the new tool without hesitation, Gap has pioneered the way for other brands to try their luck at marketing with Instagram Direct.

If there is one thing that we are certain of, it's that the conversational aspect of the feature leaves a lot of room for creative initiative amongst brands. Whether they choose to host a contest, ask for feedback, or perhaps answer questions visually, this new update provides a vehicle for a new standard of personal interaction.