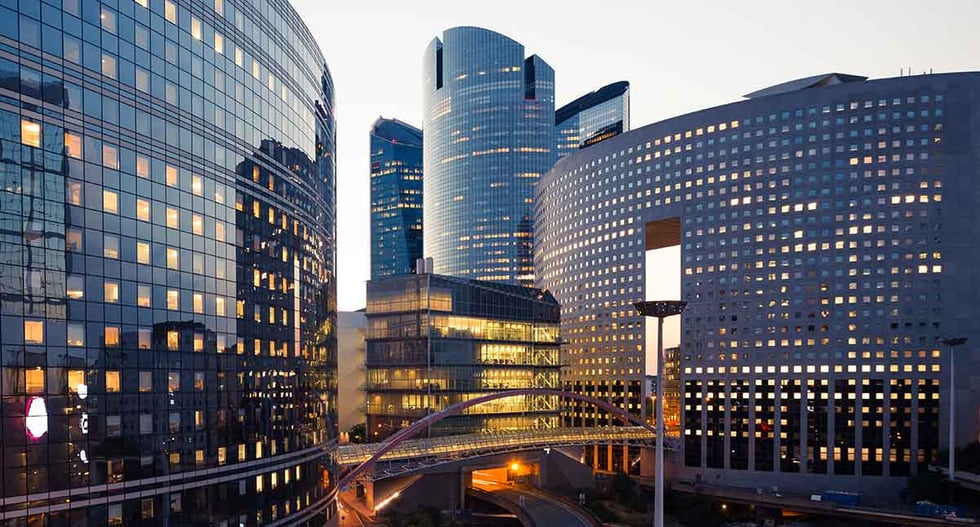 Sometimes, the best you could hope for is to go out with a bang.

Whether your a company whose becoming progressively successful or one who just doesn’t see a clear future for itself, being acquired can be an exciting strategy leading to an unknown future.2017 saw a number of notable deals arise, especially in the tech industry. Some left market watching curious, while others just seemed like a perfect marriage.

What's great about acquisitions, especially to market watchers, is that the merger doesn't end once the paperwork is signed. We are left to watch and speculate as to what directions these companies will take, how their features or products will be transformed, and how that will affect us as a consumer or customer in years to come.

As we watch 2017 come to a close, it's time to reflect on the top mergers and acquisitions of the year and hypothesize what we can expect from them as we head into the new year.

So without further wait, here are the top 7 I will be keeping my eyes on.

1.AppDynamics, Acquired by Cisco for $3.7 billion

Hardware company Cisco acquired software monitoring company AppDynamics in January of 2017, surprising many IPO watchers. Many presume Cisco made this move to continue to expand the presence of its hardware products.

Many hardware companies have recently been struggling as more of its customers have begun using cloud providers such as Amazon and Microsoft. This means people generally don’t require as much hardware within their homes.

One of the differentiators which made AppDynamics so appealing to Cisco was its software's ability to keep tabs on product sales and inventory levels. One of the examples Wadhwani told Fortune was, “if Williams Sonoma understands, in real time, what products are selling and not selling, it can adjust what customers are offered.”

Knowing you can serve up products that are more popular than others (potentially based upon similarly browsed products) is a fantastic way to attract customers who bounced your site. If others see Cisco has this capability, I wonder if they will make the switch to using the company's hardware.

Just in the month of December, Apple scooped up Shazan, known by many as an app used to identify music.

In a quote to the Verge, a spokesperson said "Apple Music and Shazam are a natural fit, sharing a passion for music discovery and delivering great music experiences to our users. We have exciting plans in store, and we look forward to combining it with Shazam upon approval of today’s agreement."

Many see this acquisition as a way to compete against Spotify, who consistently receives referrals from Shazam. With this in mind, Apple could plan to shut down the app and integrate the sound recognition software into Siri (similar to Google's song recognition feature on the Pixel).

Whether or not this acquisition will truly have an effect on Spotify's dominance is still hard to determine.

Verizon, the No. 1 U.S. wireless operator, acquired Yahoo’s core business in June with the intention of combining it with AOL (whom it acquired 2 years ago). Yahoo and AOL will fall under one venture named Oath. Oath will house sites such as TechCrunch, Yahoo Sports, Tumblr, and HuffPost.

Alongside the completion of this deal also came the resignation of Yahoo CEO Marissa Mayer, who tripled the company's share price during her tenure.

Verizon plans on using Yahoo to continue the companies venture into becoming an advertising powerhouse. Its acquisition of the sites listed above, combined with the ad technology from Yahoo will enable Verizon to create a clearer picture of how people spend their time online.

This will allow the wireless company to serve up more targeted ads and better the experience to users viewing the vast amount of websites under the company’s umbrella.

Workflow, the app that lets you create multi-app and multi-step tasks for your iPhone or App was picked up by Apple in March of 2017. This shouldn’t come as a surprise to many since the software won the Apple Design Awards back in 2015 for its outstanding integration into the IOS system.

Although Apple hasn’t released any concrete plans with the company, there are a variety of speculations.

As the world turns closer towards solutions that help automate tasks, it’s likely Apple will plan to make much of Workflows functionality native to IOS (especially since they now made the app free in the store).

The boundaries for automation could also branch outside of phone-based tasks and into ways to improve home automation for appliances.

Online retail giant Amazon surprised many this year when it merged with Amazon for a whopping $13.7 billion dollar price tag and it's leaving some competitors concerned.

Competitors such as WalMart and Target have already been competing against Amazon's online prices and product availability. Now that Amazon has the ability to expand into the supply chain grocery market, stores like Stop and Shop, Shoprite, Trader Joe’s and Publix/Wegmans have to worry about Amazon as well.

Imagine the ability to order full grocery lists using your phone or Echo, then, picking them up later in the day. Talk about convenience.

All Amazon needs to do is discount the prices for Prime customers so they're cheaper than other leading brands. Once that happens, why would you shop elsewhere?

6. Trello, Acquired by Atlassian for $425 million

When Atlassian revealed that it was acquiring the project management software Trello back in January, it seemed like a perfect match based on Atlassian's current stack of productivity tools.

Trello’s brand and services were kept alive as they were integrated with users seeing minimal changes to their experience. Tello’s software is also an appealing less technical step down from JIRA, Atlassian’s other project management software that thrives primarily on the Agile framework.

We should expect to see some further plug-ins integrated into Trello to help make it quicker to use and more powerful. These could be things that help increase automation, better team/project collaboration, etc.

With Atlassian’s goal for attaining 100 million active users in 2017, pleasing both new and current users will surely be a part of its plan for surpassing that in 2018.

In a continued effort to give cars the capabilities they need to drive autonomously, Ford has moved ahead with acquiring AI company, Argo. This acquisition shouldn’t come as a surprise, as other car companies such as Toyota and GM are also picking up companies specializing in creating autonomous vehicles.

What made Argo a unique pickup what its promise to deploy Level-4 vehicles, capable of commercial on-demand service (ex: Taxis) by 2021. But while Argo has come very far in its robotics and machine learning software, it still has some obstacles. These are primarily concerned with training them to understand the objects around them, and how to make accurate decisions.

Once they are able to overcome these challenges, they can then begin aggregating information about where people are traveling to in particular areas, at what times, etc. This could help eventually train vehicles to be nearby certain places at specific times or, better understand the ecosystems of some cities for further data analysis.

Slack launches Slack Connect: Could it end email communication as we know it?