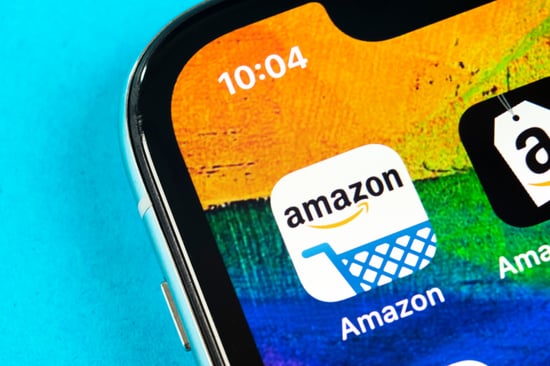 After a year of monumental ad growth, it appears that Amazon’s revenue from advertising is finally leveling out.

While ad revenue is still up 37% from the previous quarter, these metrics suggest that Amazon’s ad growth is beginning to slow to more moderate increases.

To be clear, three billion dollars in ad revenue is no small feat — especially given that Q2 was an off-holiday, non-Prime Day quarter.

However, in comparison to Amazon’s growth over the past year, a 37% increase raises some eyebrows. Last year, Amazon’s Q2 ad revenue increased by 129% compared to the previous year. This trend continued for the remainder of 2018, with each quarter surpassing the previous year’s growth by triple digits.

Despite the decline in ad revenue, Amazon’s advertising platform is still strong. The e-commerce site lives among the top three ad platforms in the US, falling behind just Google and Facebook.

Amazon has plans to further solidify its place in the advertising world and return to jaw-dropping growth metrics over the next year — here’s how they plan to do it.

Currently, Amazon’s biggest limitation is that many of its latest advertising tools are only available in North America.

By expanding these tools to international markets, Amazon has the opportunity to replicate the massive growth they’ve accomplished in the US with a wider market of advertisers.

However, it’s worth noting that the United States remains the largest market for consumer spending (and, as such, attracts the most advertisers). So, while this tactic alone may not be Amazon's only plan, it’s still an untapped market that can certainly have an impact on ad sales.

After all, more than half of Facebook’s ad revenue came from outside the US and Canada last quarter — suggesting that if international advertisers have access to the right tools, they would also invest in Amazon.

One reason for Amazon’s slowed ad growth is that it spent the first half of 2019 researching, experimenting, and perfecting video advertising formats.

“One focus area for us is expanding our video and over the top offerings for brands. We've taken some steps with live sports and then IMDb TV, but we'll continue to do things like add more OTT video supply, just things like Amazon Publisher service integrations and simplifying access for third-party apps and add more inventory through things like Fire TV apps and IMDb TV.”

In April there were speculations that video ads would soon be coming to Amazon’s core e-commerce product in April. While that has not been officially confirmed, it’s possible that this could be on the horizon given the company’s heavy interest in video advertising investments.

Amazon has made significant investments to improve its ad product over the past year. These investments were specifically aimed at helping Amazon advertisers target, place, and measure ads more effectively.

According to research by Merkle, these investments have translated into positive results for advertisers, specifically for those using Amazon’s Sponsored Product or Sponsored Brands (Amazon’s most popular ad formats). 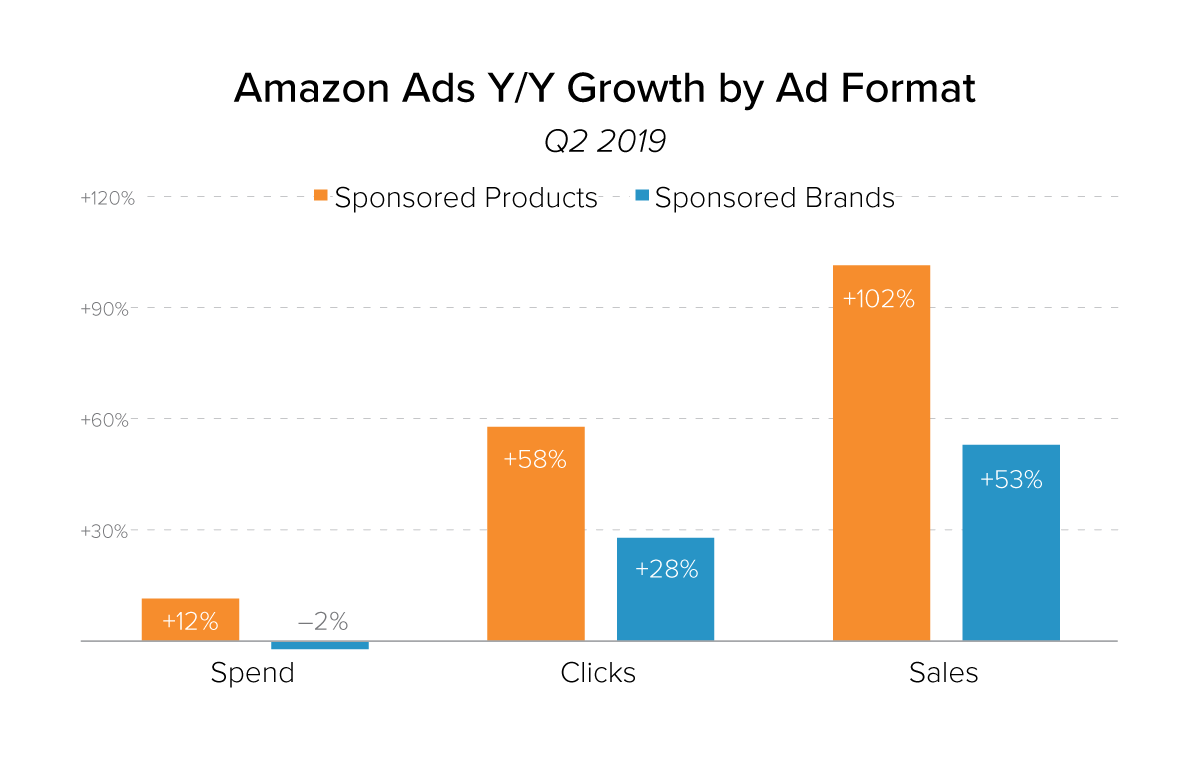 As shown in the chart above, while ad spend was down in these areas, the sales advertisers gained from their Amazon campaigns had massive growth. In other words, advertisers are getting much more out of their investment.

Not only does this data prove Amazon’s value to potential advertisers, but it also gives Amazon reason to justify increasing its ad pricing. After all, if advertisers are seeing this much of a spike in sales due to Amazon ads, this is a service that seems a worthy investment.

Additionally, Amazon’s investments into its ad platform have not yet been reflected in its pricing, so they may be overdue for an adjustment.

While a price increase may deter some brands, it’s likely many would be willing to pay a bit more if they’re having this much success with Amazon campaigns.

The best could be yet to come!

We know Amazon has a lot in the works that can ramp up its ad growth, but I have a feeling there’s more coming we aren’t even aware of.

“If you look at Q2, our marketing expense was up 48% year-over-year and that's a combination of a few things. First, we're continuing to add our AWS sales and marketing teams. We see great opportunity there to help customers engage with our services and migrate to our products. So we continue to build out our sales force and our marketing programs. We're also adding more and more advertising as we roll out devices and Prime Video -- new Prime Video content in particular internationally.”

A few things worth mentioning here. One, Amazon is expanding its sales and marketing teams — meaning it’s investing in more talent to improve products, generate new ideas, and build better systems. Of course, being Amazon, it likely has a wide selection of top talent.

Second, with that new talent comes new product launches to attract a wider audience to Amazon-owned devices, like Fire TV, Kindle, Prime Video, and whatever else the company may have in the works.

Additionally, Amazon’s investments in advertising these new products can also help the company boost consumer engagement. By getting more people engaging with Amazon products, it provides a larger, more diverse audience for marketers to advertise to.

All of that makes me think that bigger things are coming from Amazon. The more people buying Amazon products, the more revenue Amazon will have to invest in perfecting its advertising tools as well — providing advertisers even more options to enhance targeting, placement, and results.