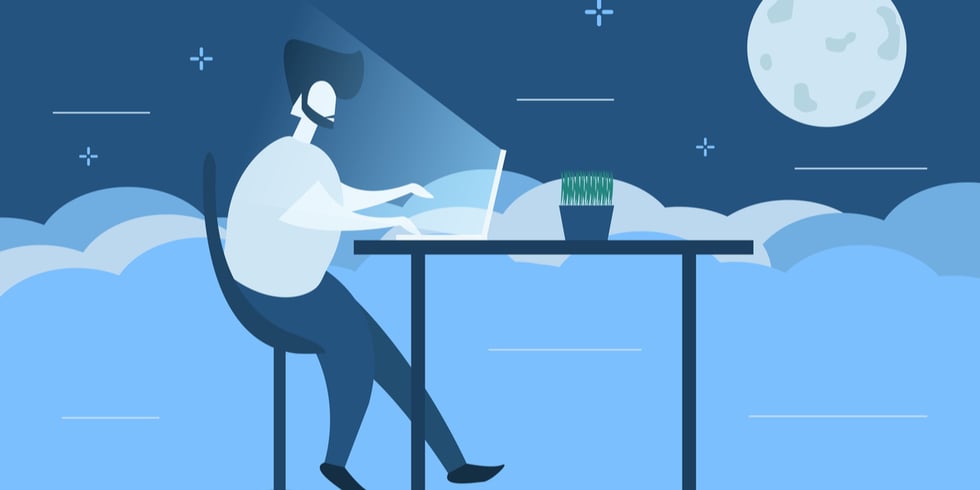 In an attempt to contain the spread of the coronavirus, China is taking drastic measures. But the world’s largest workforce can’t be quarantined indefinitely, so China (along with other countries) is being forced to adopt a remote-work culture… and fast.

Right now in many parts of the world, working from home is no longer a privilege, it’s a necessity.

The background of the outbreak

In January, a person in Wuhan, China, infected with the new coronavirus (aka 2019-NCOV) used public transportation to cross the eastern Chinese city of Nanjing, exposing people along the way to the highly contagious pathogen.

According to Bloomberg News, Wuhan is a manufacturing, shipping, and business center in central China.

Since coronavirus’ discovery as an unknown strain on January 7th, 2020, the World Health Organization has reported its latest number of 24,554 cases globally, with 24,363 confirmed in China and 191 confirmed in 24 outside countries.

To complicate matters, vaccines and treatments might not be available for months, according to The Economist.

The Chinese government’s reaction has resulted in the biggest quarantine in human history. The entire Hubei Province, which includes 60 million people, has been officially quarantined from the rest of the country, as schools, businesses, and transit systems have been closed down.

Aside from a health risk, there are the secondary effects on the local and global economy. Business closures are affecting families and industry alike.

Presently, the world is reacting by managing the spread of infected persons through isolation.

62 global airlines have either completely halted or suspended flights to and from China. Typical business transactions, meetings, contracts, and supply chains — all postponed or relegated to remote work.

Even with 10,000+ flights canceled and 60 million people quarantined, many in China aren’t even being tested due to a shortage of diagnostic supplies, according to The Wall Street Journal. Presently, new hospitals are under construction to accommodate patients, and medical supplies are pouring in from around the world.

Bloomberg News has reported that Starbucks, KFC, Pizza Hut, and office-sharing company WeWork are shutting locations in China, while Facebook, Nissan Motor Co., and other companies have enacted measures to shield employees in affected areas.

On January 28th, WeWork said it is temporarily closing 55 offices across China and encouraging employees to work from home or in private rooms.

Global banking systems from Credit Suisse Group to Morgan Stanley are telling Hong Kong staff to work from home for two weeks (for now). Facebook employees based in China, and those who recently returned from trips to the country, are also being told to work from home.

“It’s a good opportunity for us to test working from home at scale,” said Alvin Foo, managing director of Reprise Digital, a Shanghai ad agency with 400 people. “Obviously, [it's] not easy for a creative ad agency that brainstorms a lot in person.” It’s going to mean a lot of video chats and phone calls, he said, as quoted in MorningBrew.com

While the true number of workers requested to work remotely is unknown at this time, the estimates are in the tens or even hundreds of thousands (or possibly more).

However, with user-friendly options for collaboration and productivity software like Zoom, Asana, and Slack, newly-minted remote employees and companies are empowered by technology and adopting existing trends present in successful remote workforces.

Many innovative Chinese companies are already familiar with creating a remote-work option. According to polls from Global Workforce Analytics, 65% of workers already reported to be telecommuting at least 2.5 days a week. But the productivity experiment currently being conducted see those workers abandoning their offices entirely.

Current partial-remote workers clearly have an advantage over companies who have held tight to staunch clock-in/clock-out, be-at-your-desk mindsets.

For those traditionalists, their workforce is in for a shock, going from five days at the office to 100% remote. The subtleties of creating a thriving remote workforce will be a steep learning curve indeed.

Some unanticipated side effects

Interestingly enough, one of many side effects have been a sudden increased demand for Zoom, specifically. Shares of the popular cloud-based video conferencing provider surged 15% during trading on February 4, according to MarketWatch.

This is due to the massive scramble to install necessary remote technologies for collaboration, especially the backbone of business — face to face meetings. Likely similar trends will be reported from other collaboration softwares in the coming weeks.

Whether you or your politicians choose to admit it, economists and financial professionals are aware that the ties between the U.S. and China run deep. So deep in fact that the true impact of globalization shows us that no one country is an island unto itself.

When they hurt, we hurt, and vise-versa. So with flights canceled and workers relegated to their homes, the drive to connect has never been greater.

Much of the data is only speculation at this point, and we won’t know the true outcomes until much later in the year.

Although one thing about the human species remains certain, we are social creatures. We need to connect and spend our energy performing meaningful tasks. The motivation to succeed is already present, now it’s up to corporate leadership to create the framework to overcome the present challenge.

Who knows, with companies reluctantly forced to adopt remote-work culture as a survival strategy, maybe this will spur a complete change of mindset even with traditionalists.