4 Radically Effective Ways to Earn the Trust of Your Prospects 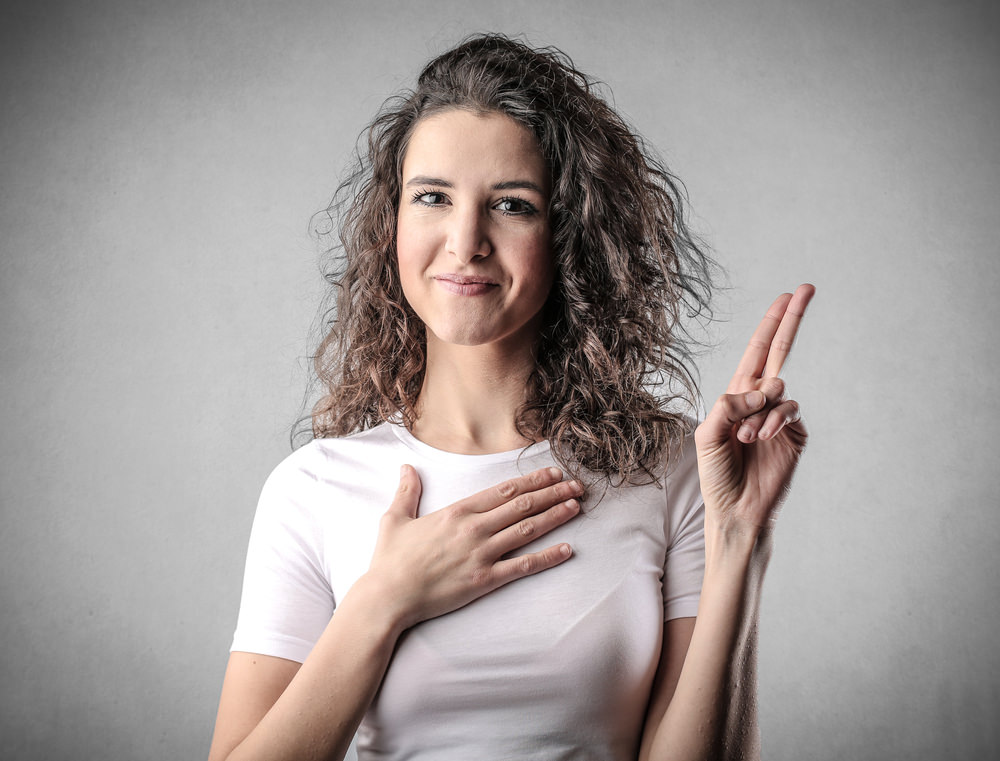 I've never worked at Buffer. I don't know Joel personally or professionally. And I've never intercepted one of his paychecks.

So how did I get my hands on this inside information?

Joel wrote a blog article about it.

A whole article dedicated to disclosing the salaries of his entire team.

If you're grimacing over the idea of parading your entire team's salaries around the Internet, you're not alone. Committing to transparency is intimidating to say the least.

However, authenticity often translates to credibility in the eyes of prospects, and this type of exposure is quickly becoming expected.

Point being, it's time to stop looking at your business through rose-colored lenses. It's time to start being honest.

Why transparency? Why now?

If you've been treating transparency like a buzzword until now, you've been missing out on a tremendous opportunity to better engage your prospects.

Empowered by social media, consumers have raised their expectations in terms of a business' accessibility and honesty. They expect more, and they expect it faster.

With the ability to post whatever they want to social media, companies are being forced to rethink what information they choose to disclose and what they keep close to vest.

If you're keeping secrets, you're putting your business at risk of backlash, so do yourself a favor and say what you need to say before others say it for you.

Giving your audience a sneak peak of what goes on behind closed doors serves as a great first step in becoming more transparent.

While a team page full of head shots helps to put a face to the name, candid photos of your employees "in the wild" work to lower the barrier.

Take HubSpot for example. They've never been shy about showing off the faces behind the sprocket: 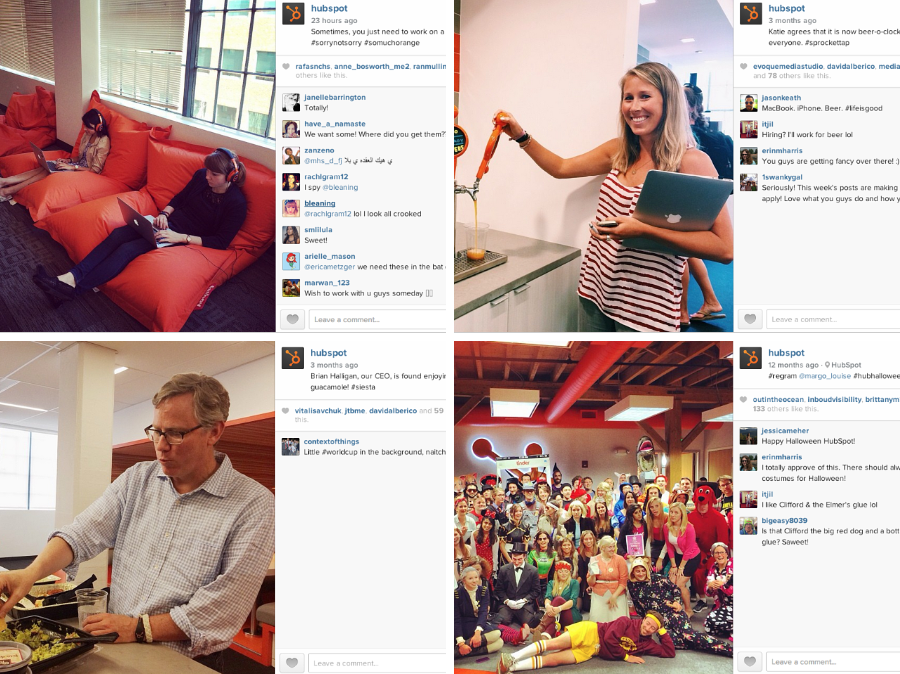 By giving people a behind-the-scenes look at their culture, HubSpot instantly makes themselves more approachable.

Rather than posting pictures of CEO Brian Halligan in his finest suit, he's shown getting his hands dirty with some chips and guac.

It's real and relatable. It works.

Give away your secrets

A while back, Jay Baer wrote an article called "5 Reasons You Need to Give Away The Recipe For Your Secret Sauce."

In the article, he called upon an example from McDonald's Canada that has stuck with me ever since.

McDonald's Canada has a website where people can submit their food-related questions in exchange for answers. When they received a request for the ingredients behind their Big Mac sauce, this is how they responded:

THEY GAVE AWAY THE "SECRET RECIPE!"

Rather than shy away from giving away the tricks and techniques that have brought your business success with the fear that your product or service will become unnecessary, embrace the transparency.

For that very reason, we love to see blog articles like this one from Alex Turnball at Groove: 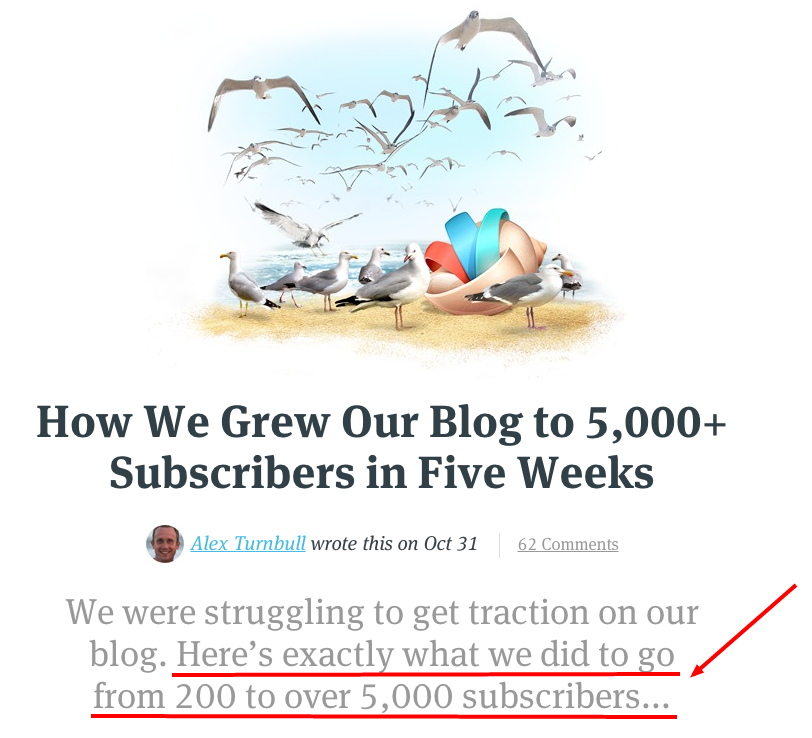 Not only does Alex detail exactly what they did to grow their blog subscriber list, but he isn't afraid to admit that prior to doing so, they were struggling.

While many would argue that revealing weaknesses could place your business in an unfavorable light, I'd argue that it actually positions Alex as a problem solver. Someone you'd want to work with.

Be honest when things are changing

Mixing things up in your office?

Maybe you brought on a new team member, adjusted your pricing structure, or implemented new software.

Whatever the case may be, don't be afraid to keep prospects and customers in the know.

Buffer has dedicated an entire section of their blog to sharing this type of information. They call it bufferopen, and it's full of no-holds-back posts like this one: 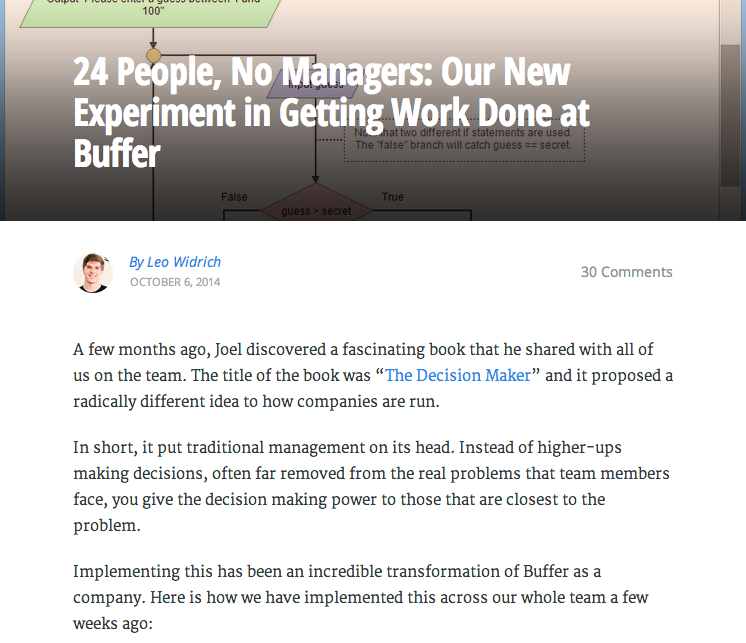 With Buffer, there are no such thing as secrets.

Unafraid of the backlash they might get for doing something as unorthodox as eliminating managers across the board, they share almost every move that they make internally with the public.

It's so unusual that it often piques the interest of people. It draws attention to their brand. It gets people talking.

What more could you want?

Rather than sweep an issue under the rug, businesses committed to transparency focus on reacting accordingly.

When news broke about an Airbnb host who suffered from extensive property damage after a renter ransacked her apartment, stealing her property and identity, Airbnd didn't run and hide.

Here's an excerpt from a blog article the company posted in response to the situation:

"We should have responded faster, communicated more sensitively, and taken more decisive action..."

Notice, they didn't place blame, point fingers, or attempt to justify their mistakes. They owned them.

Ready to open up?

How much is too much information? What will people think? How will they respond?

But success rarely comes to those who were "too scared" to try, right?