The Persuasive Power of Analogies: How the Coolest Brands Sell Product 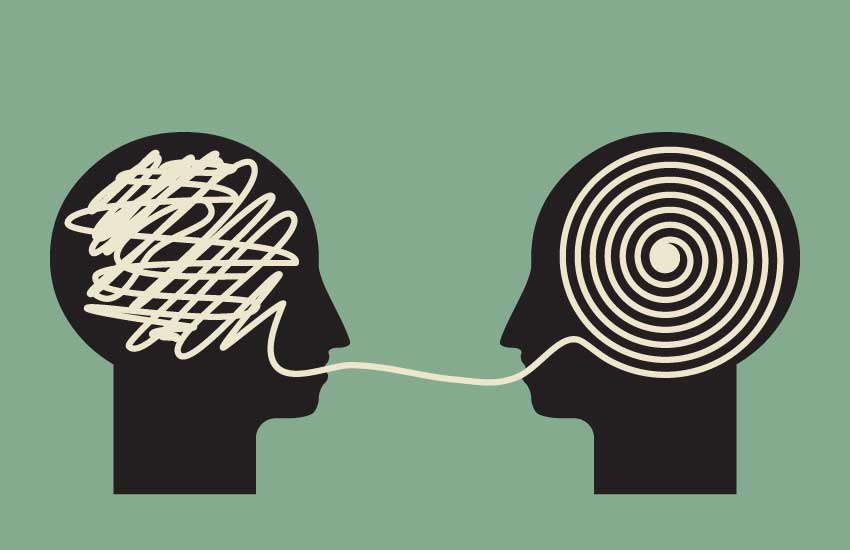 The analogy really gets a bad wrap.

Though it may be the most powerful form of communication, if you bring them up to most people, you’re sure to elicit an anxious response as they recall their lackluster performance on the SAT verbal.

But analogical reasoning is so much more than mason:stone :: carpenter:wood.

Analogies help us understand new concepts by pulling context from our past experiences and knowledge.

It’s why when someone describes a movie we haven’t seen as a “roller coaster thrill-ride of emotion,” we know exactly what to expect. On the surface, a movie and a roller coaster have nothing in common. One involves sitting quietly in a dark room for 90 minutes, the other involves flying through the air in death-defying manner for 90 seconds.

But we still process the analogy, as the human brain quickly susses out the logical differences and pulls the context needed to understand the concept.

It’s pretty fascinating. Now, I wish I could sit here and write all day on the psychology of the human brain and how it interacts with analogies, but I’ll leave that for someone far more qualified.

Instead, I’d like to examine some of the coolest brands we all know and love and how they’re using analogical reasoning to sell to you.

Remember, as we go through these, analogies aren’t just simple comparisons between two related subjects. They’re ubiquitous in our every day language, used to pull context from something we’re familiar with to something new. Let’s explore.

Nothing is cooler than disruptive innovation, and in the midst of nationwide legal hearings, lawsuits, and angry cab companies, Uber has certainly earned its “cool” in spades.

Uber has never positioned itself as just an alternative to taxis, instead offering an entirely new experience for traveling, with an audacious goal of someday replacing your own car as a cheaper, more convenient alternative.

With such a bold new concept comes the need to educate, therefore it’s no wonder Uber relies on analogical reasoning to help sell the service. 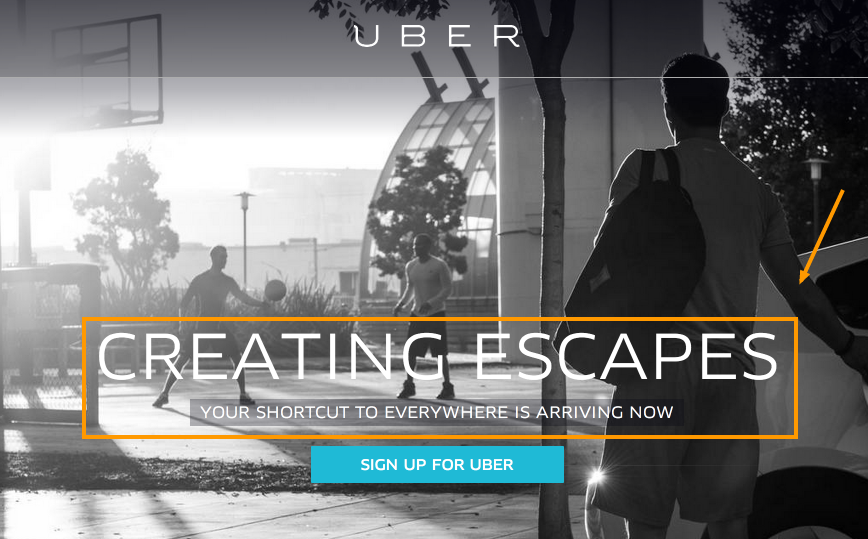 When you hear the word escape, what comes to mind? Adventure? Freedom? Liberation?

Your Shortcut to Everywhere is Arriving Now is equally as powerful, as just about every one of us views a shortcut as an exclusive advantage over everyone else.

Analogies work best when attempting to communicate a new concept or trying to persuade others to try a different one.

This is the space Box finds itself in competing with Dropbox.

So while Dropbox has a great literal value proposition of Your Stuff, Everywhere, Box uses analogical reasoning to position itself a bit differently.

Thinking of tomorrow, we generally think of new opportunities, a chance to start over, and looking a bit further, progress.

What better way to position yourself against a competitor than to imply that by switching, you’re participating in the progress of culture and innovation?

When Tony Fadell left Apple to pursue his dream of reimagining and reinventing the way we interact with our home he was taking on a monumental task.

After all, thermostats aren’t items we generally spend a whole lot of time thinking about replacing in our homes.

But much like Fadell’s innovations at Apple, Nest was different. Much different. 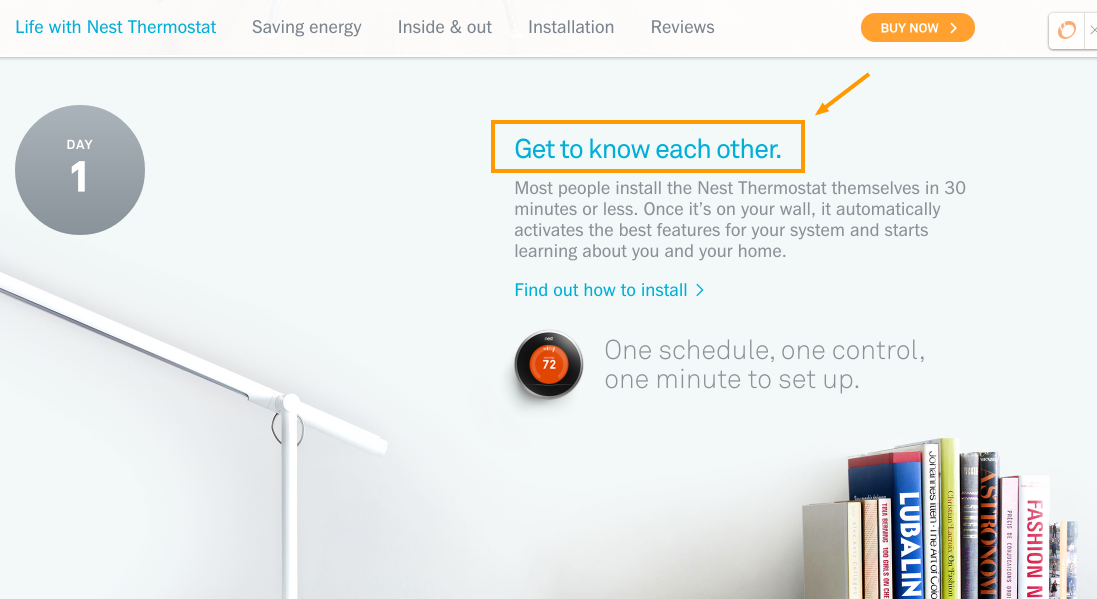 Much like your smartphone, Nest measures data and your behaviors to offer a better experience. In a way, this is similar to a relationship. In order to have a great one, you first need to get to know each other. We all understand this concept.

So it makes perfect sense that Nest make use of this analogy, likening your new thermostat not to that cold piece of hardware currently in your hallway, but to a whole new concept built on care and understanding.

While conventional wisdom would dictate that portable cameras are a thing of the past, GoPro has done a tremendous job of serving a completely different market that simply can’t use their iPhones to take video – adventurers and thrill seekers.

Have a look at the value proposition on the GoPro homepage.

Again, how are we to differentiate this portable camera from our phone’s camera or any of the myriad of other cameras that are now obsolete?

Well, by grounding its use in something we’re all familiar with: heroism.

Every little kid wanted to be a hero in some form, whether that meant Superman, a police office, a nurse, teacher, or even The Hulk.

TOMS apparel has become one of those rare brands that’s so cool, it’s a badge of honor just to have the label showing somewhere, even if it’s just s sticker pasted to your Biochem notebook.

So..why? Why hasn't Skechers, extremely popular in its own right, achieved this same type of “coolness” with Millennials?

Travel. Adventure. New experiences. This is something just about any young person could relate to having done or wish to do soon. Not just any kind of adventure though. We’re talking the kind of adventure where you toss aside responsibility for six months (or longer) to satisfy your wanderlust.

The Jambox line of speakers from Jawbone has become well known for packing a ridiculously powerful punch into a very small speaker.

(I actually own one, and let me tell you, it can drown out a room very easily.)

Needless to say, the value prop is spot on. 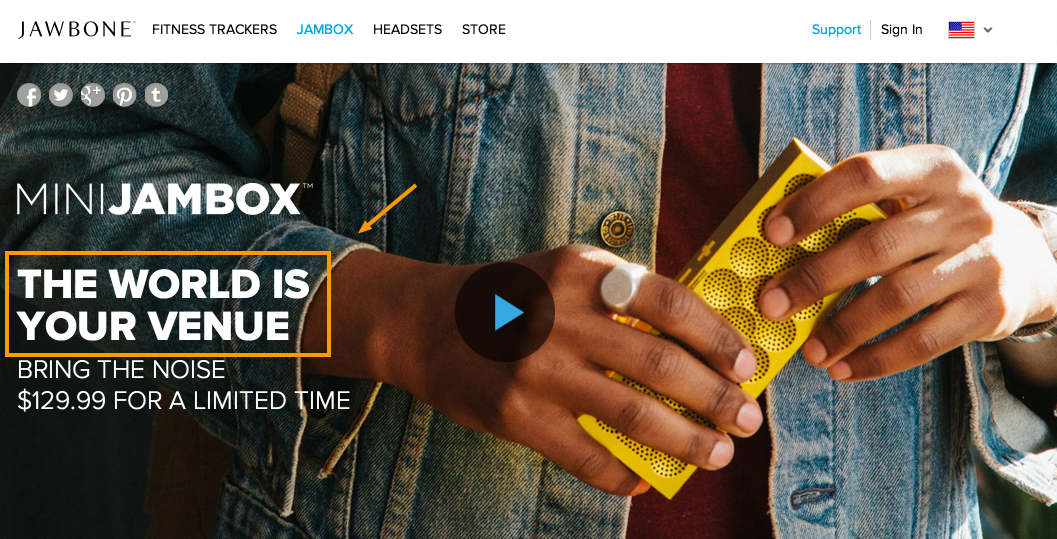 Here, the analogical reasoning is meant to conjure up images of your first concert. At one point you thought, “man, how cool would it be to be a rockstar like that?”

Well, Jawbone is creating the imagery for you here, positioning the Mini Jambox as the stage you’ve often dreamt about taking.

It should come as no surprise that Apple makes the list, as along with Jobs, the company may have the most famous analogy ever used in product messaging.

To describe the new software interface of the Macintosh in 1984, Jobs drew the analogy to something we’re all familiar with: our desktop.

To this day the term has become synonymous with any non-portable computing device.

Just recently, Apple was at it again with their new positioning of the iPad Air.

Apple has long viewed themselves as the drivers of the industry. As they move, so does everyone else, so either get on board, or you’ll be left behind.

Well, they're drawing that analogy here as well. Change is coming, are you on board?

*Bonus points for the pun on the product name itself.

Messaging is an art form

Okay, so I know I’m taking advantage of analogical reasoning with that subhead, but doesn’t it work to position my point better?

It is an art form.

35 Landing Page Examples to Inspire Yours in 2023

7 responsive design best practices you need to know in 2020

27 unique social media campaign ideas to inspire your next campaign

27 best about us page examples and how to create one

Best Team Pages: Check Out These 11 Examples (& Why They Work)

Best Subscription Boxes: 23 We Absolutely Love (& Consumers Do Too)

4th of July Emails: 13 That Prove Holiday Marketing Doesn't Have to Be Hard