WhatsApp Has Begun Rolling Out Its Business App For iOS Devices 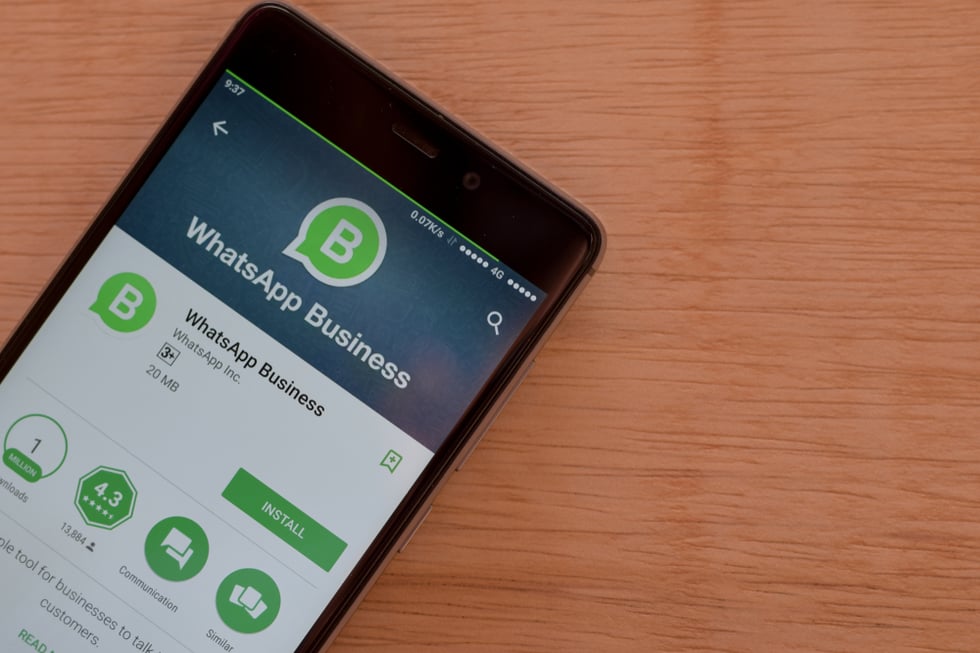 Earlier this year, Mark Zuckerberg announced his plans to integrate Facebook Messenger, WhatsApp, and Instagram, allowing the cumulative billions of users to securely engage across each platform. Now, WhatsApp has begun rolling out a version of its WhatsApp business app for iOS devices, opening up new possibilities for businesses that want to use WhatsApp to privately message their customers or prospects.

Over the last few years, each of these platforms has focused their expansion efforts by creating native, business-level features inside the apps in order to promote greater adoption by businesses as well as more direct communication methods for consumers to access these businesses.

Of the three platforms, WhatsApp is the later-bloomer when it comes to catering to businesses. In January of 2018, it launched the WhatsApp Business app specifically for Android devices. The free app allows businesses to set up their profiles, respond to direct customer inquiries, create away or greeting messages, and share locations and hours.

A year after its initial launch, Adweek reported that upwards of 5 million businesses are now using the app on a monthly basis.

With business adoption growing, WhatsApp has officially begun its global rollout of the iOS version of the app. Here’s what you need to know about this latest development.

What Does This Mean For Marketers & Business Owners?

Let’s start with a couple of stats…

In other words, WhatsApp is the most popular messaging app in the world today, and a significant number of the people using it are doing so on an iPhone.

As marketers and business leaders, it’s our job to meet customers where they already are. If you're involved in marketing or growing a business, particularly in the B2C realm and particularly for businesses serving a global customer base, its worth evaluating whether you should be using WhatsApp to reach your audience.

As more conversational marketing tools such as Facebook Messenger, Drift, Intercom and other website and private chat tools continue to become more commonplace (while phone calls and forms decline in effectiveness), customers are now becoming more comfortable with being able to immediately begin conversations with businesses.

Simply put, with WhatsApp Business now rolling out on a continually growing iOS market (especially in the US), we must consider how a lack of business participation in this channel could affect our ability to generate new business and / or service an existing client base.