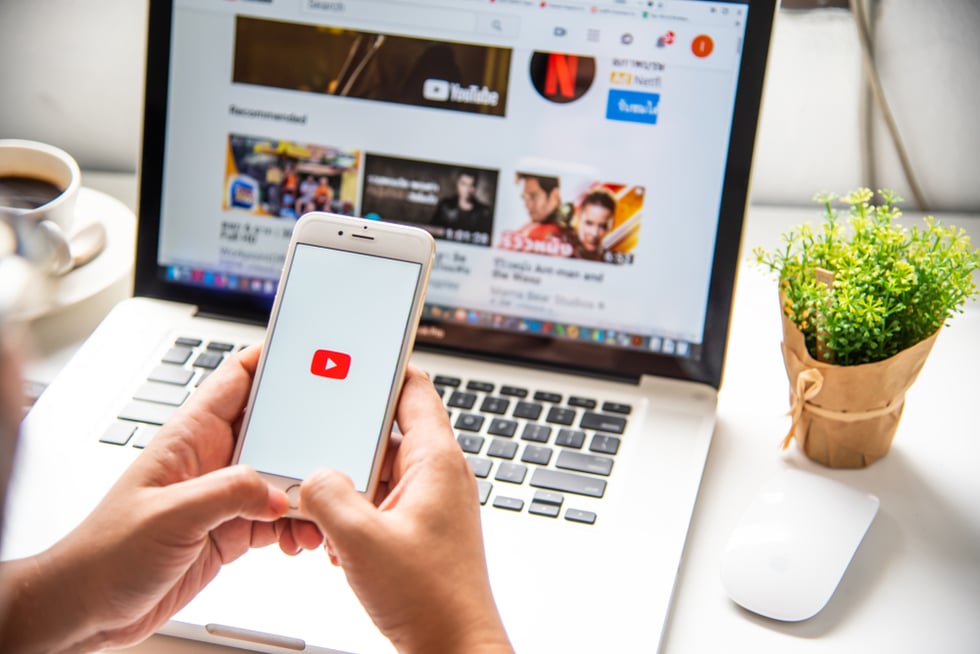 Those of us who use social media can (likely) agree that platforms like YouTube bring us entertainment, laughter, good advice, and lots of other good stuff into our lives.

This may show my age so please don’t judge me, but a few of my all-time favorite YouTube videos are Charlie Bit My Finger and David After Dentist.

What we often don’t talk about enough, however is the negative impacts of social media on our mental health. In particular, how negative comments and messages can affect our view of ourselves.

For example, researchers have even found that social media may be linked to the rising cases of anxiety and depression in adolescents and young adults. Not only can these comments have a negative effect on individuals, but they can also do serious damage to someone’s business or personal brand.

Social media and mental health is a complex issue with lots of nuances that we are still trying to unpack and understand. Still, YouTube is already taking a proactive step in the right direction after receiving a large number of complaints about the comments that are left on a creator’s videos.

YouTube is launching a few new features that will urge commenters to reconsider posting a comment that may be disrespectful to others.  For instance, one feature will work to reduce negative comments on videos and the other will focus on filtering negative comments out of a creator’s YouTube Studio.

YouTube’s Vice President of Product Management Johanna Wright took to the  YouTube Blog saying, “We know that comments play a key role in helping creators connect with their community, but issues with the quality of comments is also one of the most consistent pieces of feedback we receive from creators.”

Here’s what we know about the new features and what they could mean for marketers or content creators.

When a user is about to post something that could be seen as offensive to others in the comment on a video, a pop-up will appear that says a few things.

First, it warns users to “Keep comments respectful.” and urges them to review YouTube’s Community Guidelines if they are unsure if a comment would be deemed inappropriate. The pop-up has a big, blue “Edit” button that allows them to revise their comment before posting.

Though these warnings appear, the commenter has the ultimate say in if they want to post the comment. There is a “Post Anyway” option if they choose to proceed with the potentially offensive comment.

“[...will] learn what’s considered offensive based on what content gets repeatedly flagged by users. Over time, this AI-powered system should be able to improve as the technology gets better at detection and the system itself is further developed.”

All too often, many of us don’t think about the repercussions or (sometimes unintended) consequences of the words we post in comments and elsewhere online before they type them into a comment on a YouTube video, a picture on Instagram, or a post on Facebook. The purpose of this new feature is to encourage people to pause and think through what they’re about to say before posting it in a comment.

YouTube is currently rolling out this feature to its users.

YouTube Studio is primarily used for creators to manage their channels. As a way to reduce the negative impact of comments on its creators, Youtube Studio will now allow creators to filter out harmful comments that the system has automatically held for review.

What this means for marketers and creators

So, what does the addition of these new features mean for marketers and content creators? Aren’t these updates more relevant to the individual users on YouTube? Well, yes and no.

There have been many cases where hateful comments have done damage to the mental health and reputation of a content creator. And, sometimes, those individuals are representing brands as companies move to make their social media marketing more human.

The new features will allow influencers and content creators to take back the freedom to create the content they love without letting off-base comments affect them or an outsider’s view of their personal brands.

The features will also be beneficial for marketers who are promoting products or services through their own business’ channels or through an influencer’s channel or leverage individuals inside their companies to be the human faces of their brands.

While it is helpful to have honest reviews of products or services, no brand wants to see their brand negatively affected by harmful comments that have absolutely nothing to do with their product or service.