5 Traits That Distinguish Innovative Marketers From Average Ones 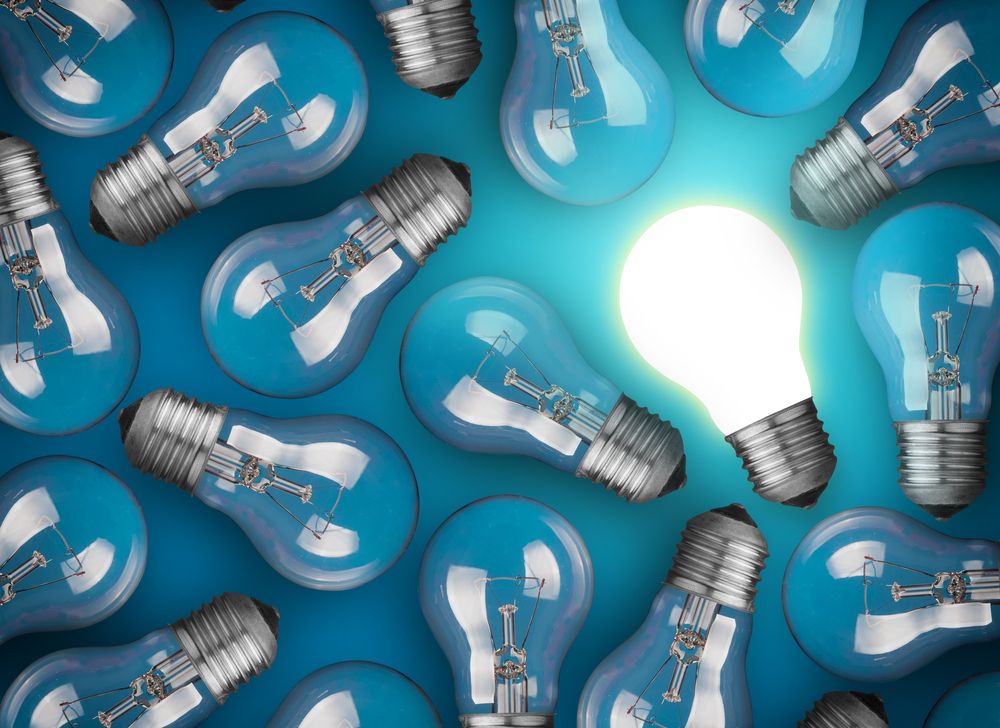 There's a quote from the movie Crazy, Stupid, Love that a co-worker and I constantly reference to encourage each other not to settle.

The scene follows Ryan Gosling as he attempts to give Steve Carol a hip new makeover. When dad-jean clad Carol suggests that they make their way to the Gap, Gosling urges him to "be better than the Gap."

Sure, it's sort of trivial, but anytime we're feeling defeated or uninspired, we call up this mantra.

Truth be told, there's a lot of marketers out there that could benefit from doing the same.

With content saturation making it more difficult than ever for marketers to set their efforts apart, mediocre attempts simply don't hold any weight.

If you want to break through, consider the following 5 traits that distinguish innovative marketers from average ones.

It's been recorded that Edison failed nearly 1,000 times before inventing the electric light bulb. 1,000 times.

Despite all of these obstacles, he's been famously quoted as saying, “Every wrong attempt discarded is a step forward.”

It's this intrinsic motivation and tolerance for failure that lead him to become known as one of the most brilliant American inventors.

Innovative marketers are known to take a similar "no guts, no glory" approach when devising strategies. This isn't to say that they have poor business judgment, but they aren't afraid to stir the pot.

Like Edison, they have an appetite for the unknown, and a refuse to settle for what everyone else is doing, thinking, and saying.

If you're in a managerial role, you'll want to be sure that you give your team members the freedom and space they need to pursue even their craziest ideas.

In 2002, Apple's Steve Jobs gave a speech at the Stanford University commencement ceremony.

I'd argue that this advice was among the most valuable lessons any of those grads would walk away from the institution with.

Innovative marketers have an insatiable appetite for learning. They're early adopters of new apps, tools, and technologies. They read... a lot. And most importantly, they never let themselves get too comfortable.

They Eat Analytics for Breakfast

As a result, they test tirelessly to gain a better understanding of the initiatives that are worth their time and resources.

Rather than sweep their failures under the rug, they dissect them to identify flaws, downfalls, and missed opportunities. They evaluate what they could have done differently, and make note of it to inform future endeavors.

They turn their findings into repeatable processes to streamline the way they approach and carry out different initiatives.

They Talk Less, Do More

Despite his incredible automobile legacy, Henry Ford left us with a bit of advice worth noting, "You can’t build a reputation on what you’re going to do.”

Taking a page from Ford's book, innovative marketers spend less time talking about what they are going to do, and more time doing it.

It's not that they lack communication skills, but rather, they understand if they don't do it first, someone else will (or worse, their competitors will.)

They view this pressure as an opportunity to challenge themselves to accomplish more than they thought they were capable of.

While all marketers have their fair share of ideas saved up, innovative marketers actually execute on them.

They Aim to Understand Behavior

Innovative marketers aren't necessarily psychologists by trade, but they do aspire to think like them.

They recognize the link between marketing and psychology and use it to strategically position their content so that it aligns with the behavior of their ideal customers.

They understand the impact that a bit of social proof could have on their ability to convert more landing page visitors.

They partner with industry influencers to leverage their authority, as they know it will help to increase the perceived value of your product or service in the eyes of their prospects.

They leverage scarcity and urgency in their marketing efforts because they know that the less there is of something, the more people want it.