Your How to Guide For Using Hashtags in Social Media 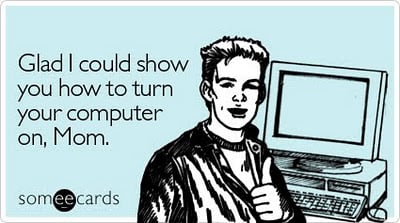 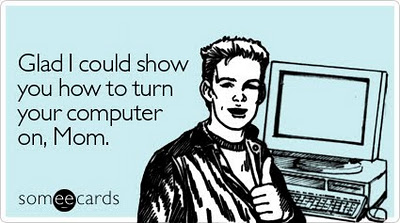 As a millennial, anything that has to do with social media and the computer is like second nature to me.


It's no wonder that 27% of time spent online in the United States is spent on social media. It's becoming an every day necessity.  We cannot live without it.


Does this happen to you? My mom is always asking me questions about technology. Sometimes, her questions are as simple as, "where is the power button on this thing?"


Recently she asked me, why people use hashtags on Twitter?


I don't know about you but that question can be answered in a number of ways. It's a really loaded question; people use hashtags for all different types of reasons.


Here's how I responded to her question:


On Twitter, hashtags are like digital tags that help categories your tweets among the other 400 million tweets posted a day. By using a hashtag, you're improving the chances of your tweet being seen by others that aren't following you.


They also help to keep Twitter organized, making it easier for people to find tweets that relate to theirs.


Are You Effectively Utilizing Hashtags in Social Media?


The reason you use hashtags is so people can find your content. Since it groups your post with people who used the same hashtag, it increases the chances of your tweet being seen by others who don't follow you.


When you use a hashtag your posts are also searchable by anyone using that site. This way you can be seen by people who are looking for content that relates to your post. Hashtags can be beneficial because it is much easier to find the content you want.


Lets say your making a pumpkin pie and your not sure what it should look like. By searching pie on one of these sites, you will get all sorts of posts related to the word pie. The problem with that is there are many types of pie. You will have to refine your search down to just pumpkin pie. Now the site has just pushed away everything that didn't relate to pumpkin pie.


This is why hashtags can help; before you refined your search there were too many types of pies. It would have taken forever to sift through all those posts before you found a pumpkin one.


Looking at other people's posts that used the same hashtag, it can be a great way to learn more about that related topic.


A company should see hashtags as a way to get consumers involved with their brand. Any time someone is posting a topic that is related to your brand you want them to use your hashtag.


You want to put hashtags where your consumers will find them. Search relevant content that relates to your buyer persona.


Find out what hashtags your consumers are using and implement them in your posts. You can build buyer personas by viewing the type of people who are using those hashtags and how they are using them.


When creating your own hashtags include them with ones that you know your consumers have been using. This way they will see your hashtag associated with the one they're using and start placing your new one in their posts. Hold small contests that force people to use hashtags in their posts. The point of this is to interest potential consumers and keep the ones that already use your brand engaged.


They Should Relate to the Topic


Don't add a hashtag if it has no business being in the post. Even though it is trending and a lot of people would see your post if you used it, if it doesn't relate to your brand. So, don't use it.


This is one of my biggest pet peeves. Do NOT try to insert your company into a trending hashtag that has no significance to your company or brand. It will just make you look silly. No one is interested in a company that is continuously trying to put themselves in the center stage.


Be Fun and Creative


Create a hashtag that engages people and makes them want to use it. Like I said before, hold a contest were people have to use your hashtag to participate in it.


Hashtags are also a great opportunity to keep the conversation going during and after a webinar. Create a specific hashtag for each webinar. Just don't forget to routinely monitor the hashtag for any activity.


#It #gets #really #annoying #when #people #do #this. Its important to remember to not over complicate your hashtags, focus on keywords in your posts. Make those keywords your hashtags. Try to limit your use of hashtags to a maximum of three per tweet. You don't want fans to unfollow you because you have an obsession with implementing hashtags.


Don't Make it too Long


It can be really hard to read a long hashtag. It's okay to string two or three words together but don't over do it. If you don't string some words together it will actually hurt your hashtag.


For example if you write #pumpkinpie it will show results for pumpkin pies, but if you do #pumpkin #pie you have just created two different words.


If hashtags are used correctly they can be a huge asset for you company. It isn't rocket science, it's just understanding who you are targeting, and effectively utilizing and putting them in the right places.