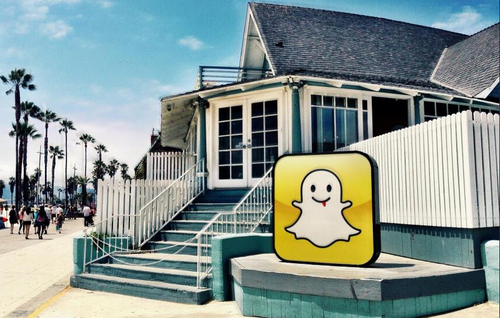 Have you ever gotten caught taking a selfie? You can tell me, I won't tell a sole.

If you're using Snapchat, it's more than likely that you've been caught once or twice taking a selfie.

Did you know that selfies are the most popular genre of photography?

It's no wonder that Snapchat has grown so quickly. It's the best social platform for sharing selfies with your friends.

Most of the time they are embarrassing faces you wouldn't want the public to see. According to The Verge, Snapchat sees 350 million snaps sent per day. 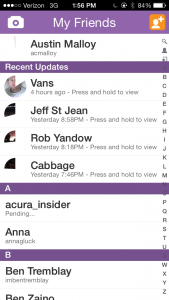 At first glance I really didn't understand what stories was all about. I had seen a few people tweet about it, but it didn't seem like a big deal to me.

It wasn't till I actually started using stories that I fully understood how the new update worked. Most people are familiar with Snapchat. Typically, snaps only exist for up to 10 seconds at a time before disappearing. With stories this isn't the case.

Each picture or video you take will still have that 10-second window but it will be viewable for up to 24 hours.

What Snapchat has done is they are allowing people to make a compilation of videos and pictures of their lives in a 24-hour period. Every post has its own 24-hour lifecycle. So your last post of the day will lead into the next post on the following day.

You can make it so every person in your contacts can see your story or just a few select people. You don't have to add your pictures or videos to your story if you don't want to; it is just an option.


How this Can Improve Your Business' Social Strategy

Now that Snapchat has created their own type of timeline, it opens up new avenues for your company's social media marketing strategy.

Before, the 10-second restraint - and the fact that the snap you took disappeared after it was viewed - made it difficult for businesses to use it.

Here are some ways you can use Snapchat stories to your advantage.

This can be a great way for companies to show off the events they are holding. During an event you can upload videos and pictures showing a mini trailer of what is going on.

Have messages in the photos/videos encouraging people to come down and join in on the fun. It's a great way to show people what's happening at that moment.

An event could be something such as a conference, a convention, a festival, fundraising event, a concert, etc. There are so many opportunities I cannot count them all.

It's a different way to tell your fans and customers to come join.

Snapchat has brought this to the next level because they are bringing a visual image to that type of promotion.

When stories first came out I was adding companies to see if any of them were using it. I saw that Taco Bell was already ahead of the game and creating photos and videos for stories.

When watching the videos I saw how much fun the employees were having when interacting with each other and their products. As a consumer I like to see the behind the scenes footage of a company.

It shows me that there are real people representing their brand. Snapchat stories are giving consumers that emotional attachment you can't find in other types of media.

Before Snapchat offered stories, it was challenging for companies to engage their consumers. When a company would send out a coupon the person would only have a limited time to view the coupon.

It was difficult to use it because they could only see the coupon for 10 seconds before it was gone. If you accidentally opened the snap before you were ready to use it, the coupon would disappear.

Now with stories, the offer will be available for up to 24 hours making it easier for person to redeem the offer. The 24-hour timeline is good because it creates a slight sense of urgency for the consumer to use the coupon.

Also, stories can be a good way for companies to do mini advertisements. Consumers can now stay up to date with the company by viewing their story.

Hold daily/weekly specials or give tips so people keep coming back to the companies Snapchat story.

A 24-hour window really gives a person a sneak peak feel. If you have a new product and you want to exclusively show it to some consumers you can put it in your story. At the end of the 24 hours the picture or video will be gone.

Say the new iPhone was coming out; Apple could do a quick 10 second preview of what it looks like and display a new feature on the phone. This would really get people involved with the new product and at the same time keep the mystery behind it. It will make people want the product even more because you gave them a small taste of what it is.

Snapchat has a really exclusive feel to it, which is helping them stand out from all other social media apps and websites. Now that they have added stories, they're allowing people to have a little more freedom with the 10-second window than they are used too. Businesses should take advantage of this new feature because it can be an essential asset.

We're not new to paid ads; what can we expect in our first 6 months with IMPACT? [Interview]

Social media KPIs: the 10 you really should be tracking and monitoring