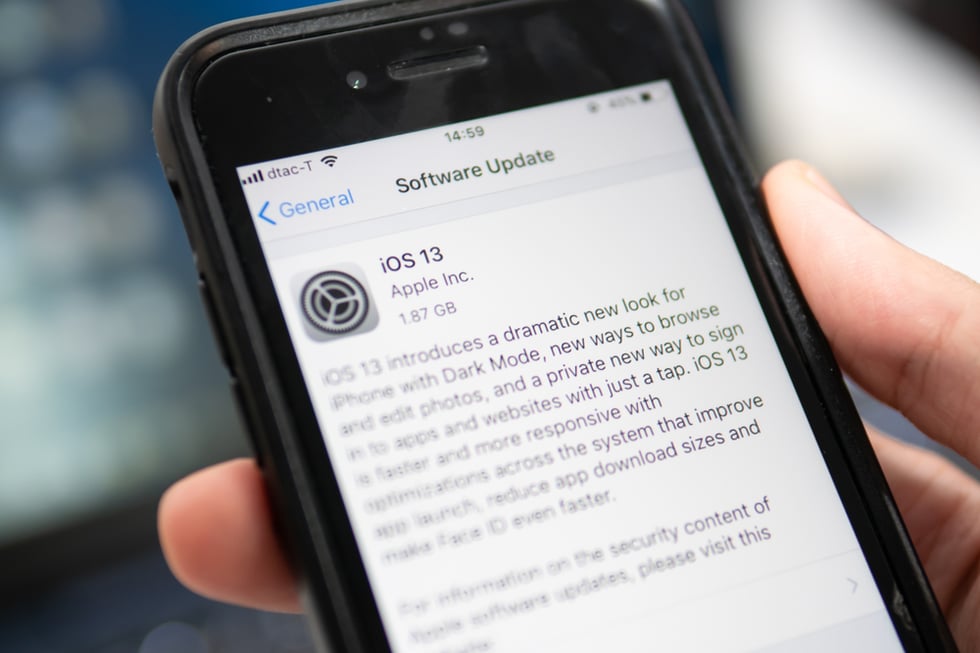 Apple is reducing the overall efficiency of location-based marketing campaigns by introducing mandatory opt-in pop-ups across all devices in iOS 13.

This move may seem strange coming from the smartphone giant who, in the past, has been keen on giving marketers and developers plenty of location-based tools. But, with the ever-increasing focus on data privacy, the marketing world is evolving. And Apple is helping lead the charge.

So, how does iOS 13 impact location-based marketing, and what does this mean for the future of targeting?

Apple first announced the changes to location-sharing at The Apple Worldwide Developers Conference (WWDC) 2019 in June. In a nutshell, all Apple devices now ask users to opt-in to share location data with apps.

But it's more than just mandatory opt-in pop-ups. There are a few features contained within this location-based consent update.

At first glance, these updates may seem in line with expectations. But, last week, Ad Age released a post entitled "Apple's Latest Update Cripples Location-based Marketing" that questions both the copy of the pop-up and the overall impact that this pop-up will have on location-based data.

Do these updates tilt the playing field?

After WWDC, some prominent app developers immediately co-signed a document claiming that these new opt-in features were anti-competitive. The argument was primarily aimed at Apple — who doesn't ask for an opt-in for its own apps, which has been seen as a double standard. But, Ad Age adds an additional point — this new update may hurt apps that don't feel like they need a location.

Let's say that you're responsible for marketing for a fitness app. When that app asks users for permission to access their location, they're probably going to say yes, right? After all, it seems like a health-related app would definitely need access to your location.

Now, let's say that you're responsible for an e-commerce app. When that app asks to use location-based services, many users are going to say no, right? After all, it seems like an e-commerce-related app definitely would not need to access your location.

But what if the e-commerce app needs user locations to deliver hyper-relevant coupons? And what if the health app just wants to sell location data? For users, there's no way to know. They're simply presented with a pop-up without context.

There isn't room to explain to users the benefits of sharing location-based data.

This may mean that certain app categories will be able to tap into location-based analytics while others may struggle. This could create a data chasm between developers, giving certain apps a clear upper hand — and creating difficulty for marketers.

Why does this update matter for marketers?

But now, businesses have to be aware of the pop-up. Without any room to express intent, finding ways to gather location-based data in the Apple ecosystem is going to be more difficult.

Does this mean an increase in location-based data prices? Will alerting users of disabled features urge them to opt-in?

For now, we don't have the answers. We only know that location-based marketing is changing.

What’s more, consumers already seem to like the change. While this may be smart marketing from Apple — or even a move to appease regulatory bodies — the majority of consumers are already worried about privacy, and Apple's latest update may be seen by users as a step in the right direction.

But do consumers know what they could be missing out on when they opt-out? Location-based offers and geotargeting isn't only powerful for marketers; it helps consumers access personalized services.

Since over 79% of consumers claim they will only interact with personalized ads and offers, this new update may have far-reaching consequences.