For all you savvy business marketers: there is now another social media-esque platform you may want to know about.

Google Maps released an update earlier this month that is an extension of a pilot program it ran last year that now enables users to create profiles and follow local influencers all while on the same platform.

This could theoretically make Google Maps evolve from a place to find directions and other business information to be a place for users to discover unfamiliar local businesses from other influencers.

This “social” step forward for Google Maps essentially makes the platform a combination of Maps, Google My Business, and social media.

What is the Google Maps update all about?

Last year, Google Maps experimented with a “follow” button for users who wanted to keep up to date with businesses and their posts on Google My Business.

Now, Google seems to be fully leaning into the social profile of businesses and expanding the capabilities of Maps altogether to leverage the sway of local influencers.

The idea is that each Google Maps user will have their own profile (which can be set to public or private) that will collect reviews they’ve left, as well as any photos they’ve taken and posted of any businesses. They are also able to collect followers as well as follow other locals who engage with similar businesses.

Users can also opt to allow followers, only after manually approving them.

Users have the ability to “contribute” and share reviews or photos of businesses, much like they already could in Google My Business. The thing is now, instead of users just being able to follow businesses, they can follow other users on the platform who might be interested in similar things (for instance, foodies, beer connoisseurs, or vegans).

As a user, I love the clear ‘you-focused’ value proposition Google puts with each of those contributing actions like leaving a review or a photo of a business.

Instead of this being an action to take to make a business look good (which, let’s be honest, that’s the pitch most businesses make to try to entice users to leave reviews), it’s angled to help other users in the area have a great experience. That’s something business leaders can take note of! 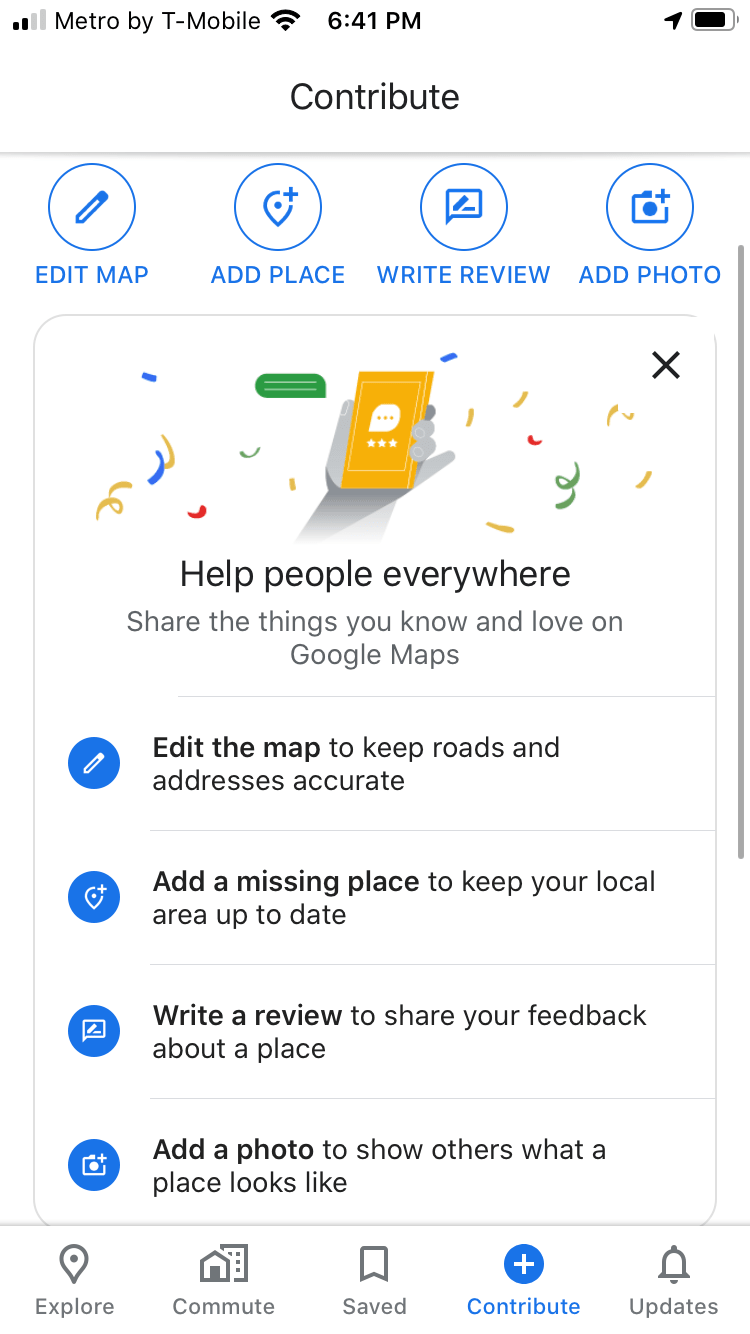 The updated platform will also give a higher status to people who leave certain numbers of reviews with visible display badges on their names and on the reviews they leave. (Think of this as similar to Facebook Groups having “Top Fan” badges.)

These badges are likely meant to try to add some context and credibility to a user’s feedback about a business. 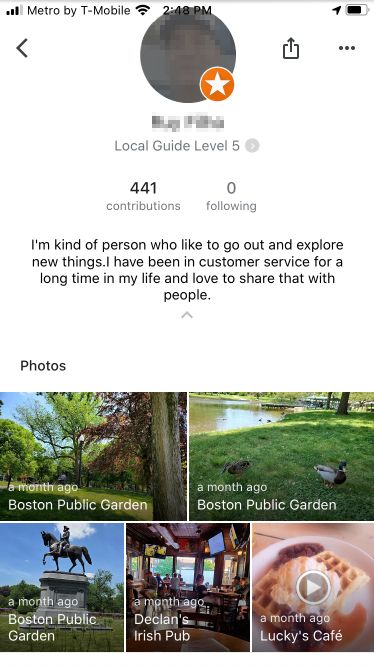 There’s also the capability to filter the types of business updates you’re interested in seeing, and to see follower counts for other users.

Apparently, there are also some added perks to leaving more reviews such as invites to events, early access to new Google products, and social profile badges. 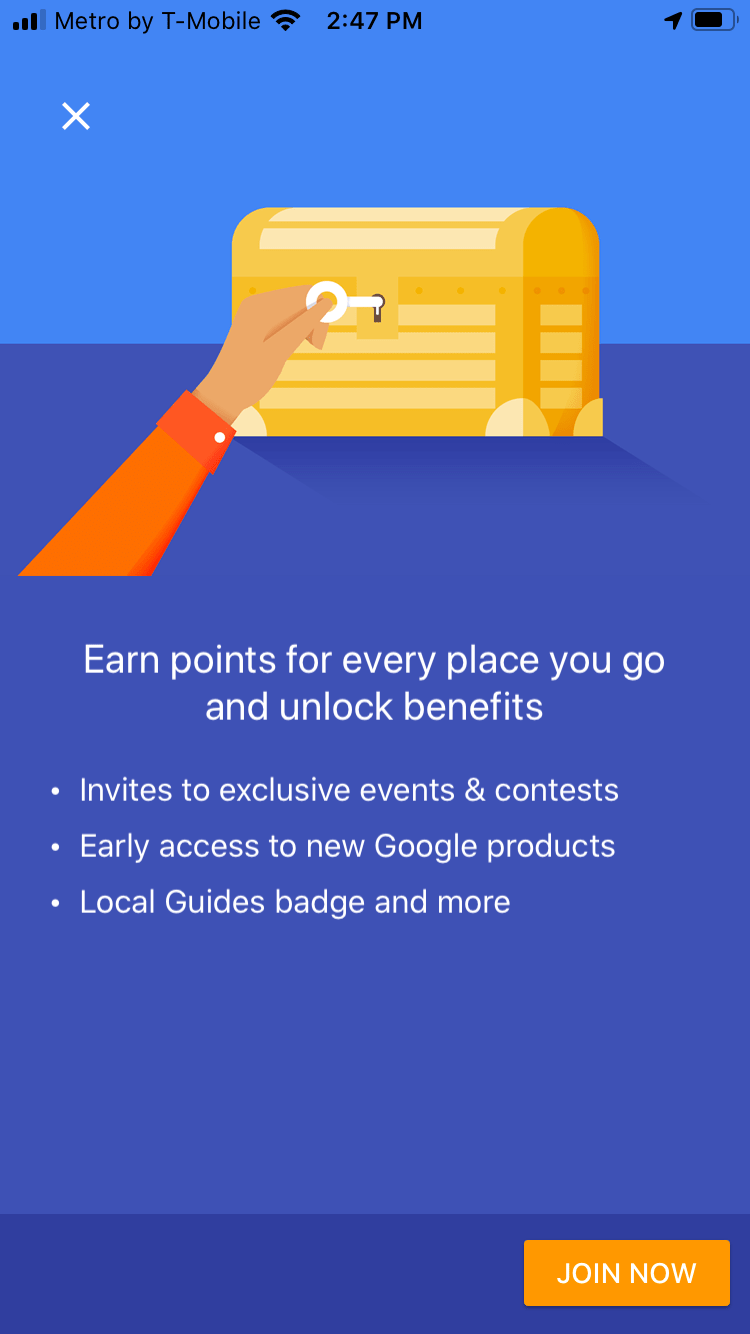 Why does this update matter?

In a way, this update has the potential to make influencer marketing even more impactful, especially for businesses that thrive on local customers.

New potential for prospects to find you

This social-media-maps platform could also be more opportunity for new business.

If users find someone leaving a really helpful review on a local business, they can check out their profile and potentially follow them for even more suggestions, if their interests are similar, which has a new potential way for to-be customers to learn about your business.

Additional expansions of the update could potentially involve a way to search for top local influencer Local Guides (as Google is referring to them) who have plenty of followers or leave lots of reviews, which would be great for local businesses if they can get on the radar of a local influencer.

The update also provides a potentially greater opportunity for businesses to get reviews by being more accessible on a platform users are likely to be spending more time on.

For marketing-savvy businesses, you may even be able to educate your customers about this new update/offering while asking for a review, which users may be excited to learn more about.

More context for bad or positive feedback on reviews

For the impact to owners and operators of local businesses, another potential side effect could be that when users are looking up reviews for your business and they see a negative review (or a positive one, for that matter) they can potentially click on the user’s profile who left it to see what other kinds of reviews they’ve left.

There’s also symbols attached to the user who leaves reviews to try to show some measure of credibility, and to give context as to how many reviews they’ve left previously.

For instance, check out this set of reviews below.

The two-star review comes from someone with no picture, no Local Guide badge, and who has only left three reviews for any businesses. Meanwhile, above and below that review are much more attractive reviews from users with Local Guide badges who have left dozens of reviews each.

It makes the negative review seem to be even more minimized or discredited, for better or worse. 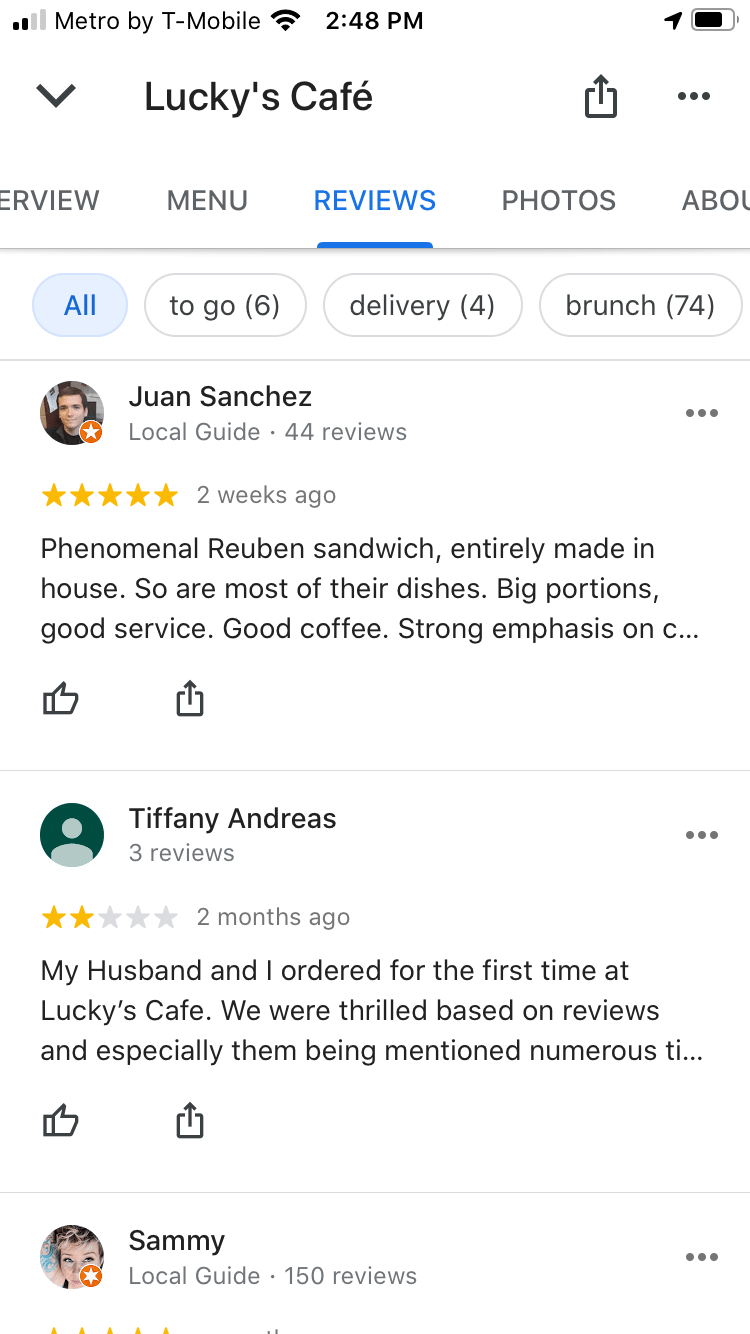 When we read negative reviews we often think, is this person just a complainer? Was their experience an outlier? Now, Google gives us insight.

Will going “social” on Google Maps be the new thing?

It’s hard to tell how this new feature from Google Maps will catch on with a broad base of users.

This update was definitely unexpected, but there are some avenues of value it offers in contrast to a platform like Yelp. For one, people are likely already using Google Maps to get to their destinations, and there’s additional credibility baked into the reviewer profiles with the badge levels.

There is some skepticism among digital marketers at IMPACT as to whether this will likely be another fizzed out attempt, sooner or later to be extinguished like Google+. (Remember that one?)

It may also create more direct competition with influencer and review websites, potentially disrupting that market if it really lifts off.

This move shows how Google is continuing to evolve to create more opportunities for users to engage with local businesses and with other people who share the same interests on their platform.

That old joke about Google’s failed attempt at social media with Google+ may turn out to be just the first iteration of a series of moves for the tech giant to create new ways for businesses and users to engage and create meaningful connections.

Is it a different take at social media? Definitely.

Will it potentially take some time to really pick up traction? Maybe.

Then again, pretty much all social media was a bit awkward before it caught wind.

The rest remains to be seen!

In the meantime, I’d encourage business leaders to continue to focus on optimizing their Google My Business profile