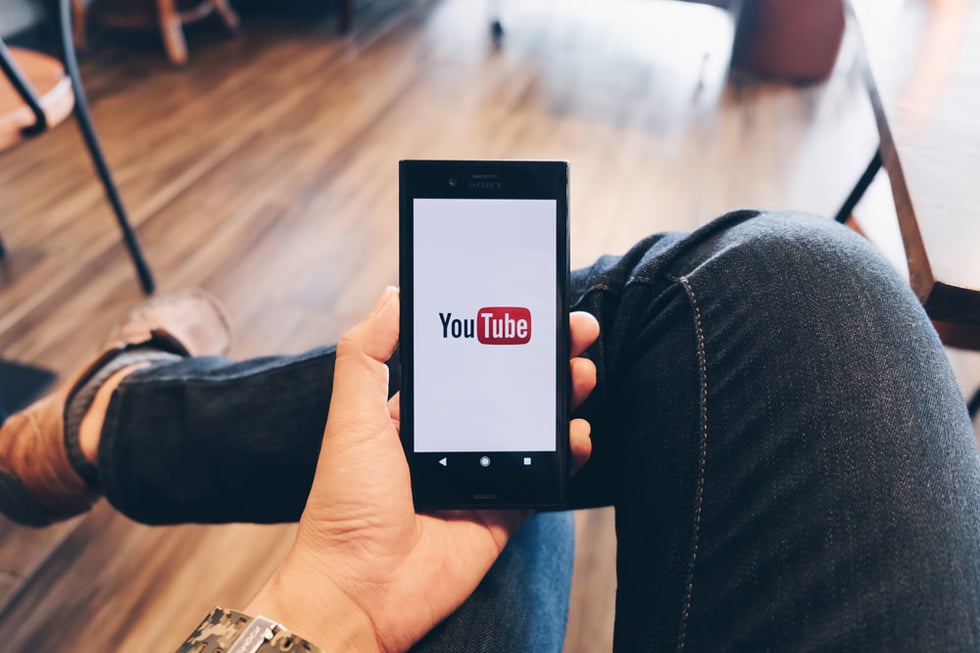 They Ask, You Answer Coach, 4+ Years of Video Training and Consulting

In 2019, video has become over 74% of all online traffic, according to Cisco.

This mind-blowing statistic alone justifies video production as an unconditional requirement that businesses must leverage to remain relevant and trustworthy.

And guess what? The environment for producing high-value video is becoming exponentially more competitive as each day passes. The number of video creators is growing by the second, and more than 300 hours of video is uploaded to YouTube EVERY MINUTE.

YouTube knows better than anyone what its audience’s expectations are.

They expect improvements in YouTube’s search algorithm to prioritize better, more accurate versions of the video solutions they’re looking for.

One thing is certain: YouTube’s algorithm is getting better, faster, but how can marketers keep up?

After doing some research and learning from Brian Dean and several other SEO experts, I've found the top three most important factors to strategize for as you plan your next YouTube video are:

And although these metrics are not in the direct control of the video creator, there’s a laundry list of “best practices” that can be applied in an effort to optimize for these three important factors.

The strategic planning for video search engine optimization begins long before the camera ever turns on. Making top-ranking videos on YouTube involves prioritizing these metrics throughout every step of the video creation process.

Below, we will explore each of these further and discuss how to balance the objectives for optimization.

A YouTube video’s CTR is the number of times that a video is clicked on, per the number of impressions shown on the site, in other words, how many people who see your video and actually click it.

Creating video impressions that convert into clicks is arguably half the battle of attracting new viewership, however, half is the keyword here.

Out of the top three video SEO factors, CTR is the one that we as YouTube creators have the most actionable control over.

There are only three simple variables that affect every video’s CTR and that you can change:

To achieve the best results:

Video thumbnails receive more attention and consideration from viewers than any other CTR variable. To achieve the best results with yours:

The first 125 characters of the video’s description will be included in its YouTube impressions with the title and the thumbnail. To get the most out of yours, make sure:

Learning how to make these three parts of a video impression work together is truly the art behind optimizing Video CTR. Get in the habit of performing A/B tests on your videos’ titles and thumbnails to try out new ideas and find what works better with your particular audience.

Well, you got your viewer to click on your video. Now, it’s time to ensure they’re hooked.

2. Audience Retention: Produce videos with the goal of having your audience make it to the next 15-second mark

Audience Retention is the amount of the video that the average viewer watches – as a percentage of the whole video.

Generally speaking, YouTubers should strive to retain the average viewer for 50% of the video’s length. Any retention rate beyond 50% is usually perceived as a successfully produced video.

What I mean by that is that Audience Retention is based solely on how clear, captivating, and valuable the video itself is. It’s the content alone that retains audiences, so let’s talk about how to hold their attention longer:

Once your new viewer is hooked on your video, let’s make the most out of them.

Aside from Total Watch Time – which is the total amount of time in aggregate that viewers have spent watching a specific creator’s videos – there is something called Session Watch Time: The amount of time that an average viewer continues to watch videos on YouTube after watching your video, regardless of whose videos the viewer is watching.

There are best practices that help to increase both Session and Total Watch Time across a channel. You should focus on three main areas:

Playlists can be searched, ranked, and found in the same way that videos are, and videos are able to be added to multiple playlists at no penalty to the video. This means that playlists can be created for specific target audiences with videos being used multiple times. Curate accordingly! Also, leverage the YouTube playlist player format, which lists your playlist videos to the right of the video player. It also allows your videos to be auto-played.

Always include YouTube end screen elements on all videos to give your audience an intuitive next-step by continuing to consume your content. Take the last 5-20 seconds to provide another video link, recommended by YouTube, for your audience to consider while the previous video finishes. Include the option to subscribe to your channel within every YouTube end screen as well.

At the end of the day, there is a balance to strike when working to optimize your content for these influential video statistics.

There are also no shortcuts, or ways to “trick” the YouTube Algorithm with these metrics. The only thing that we as creators can do is continue to make every strategic video decision with our audience’s opinions, wants, and objectives in mind -- give them quality.

They are the only feedback loop that matters to both the video creators and the YouTube Algorithm. When you’re delivering them the value they’re looking for, they’ll keep clicking and watching and signaling to the algorithm to pay attention.