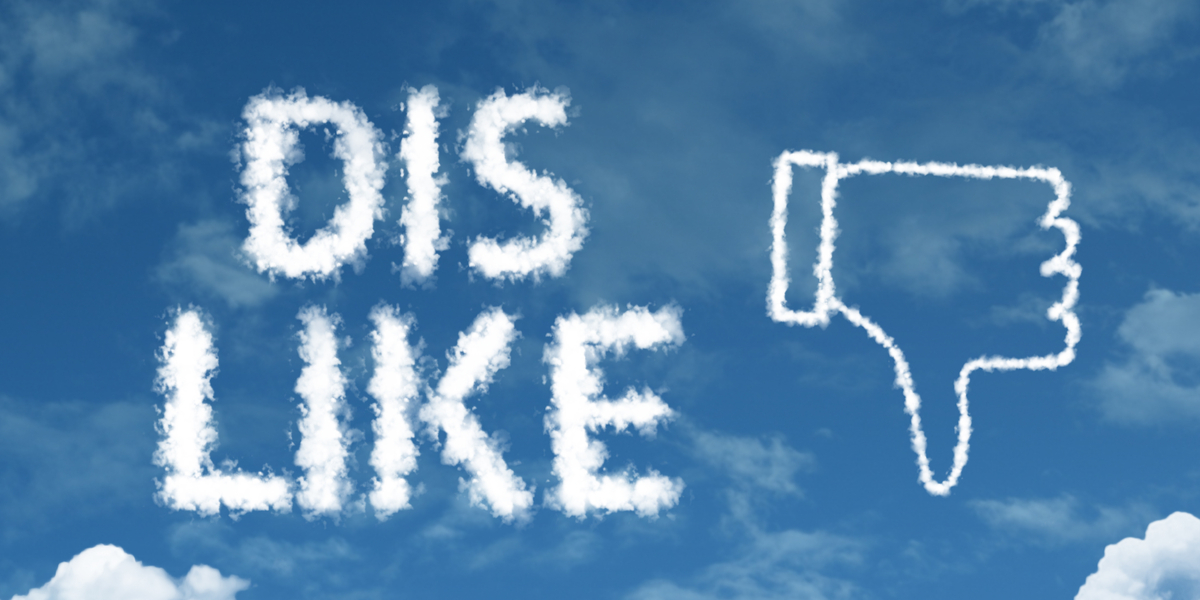 Last week, NBC News and The Wall Street Journal released the results from a joint national poll. The headline of the story announcing the results of the poll read “Americans give social-media a clear thumbs down.”

What the Poll Revealed

These numbers are staggering and likely have some businesses reconsidering the role that social media plays in developing and maintaining customer relationships.

Is There Any Good News?

Let’s all breathe a collective sigh of relief, because not all of the poll responses cast such a dark cloud over the tools being used to connect with a digital audience.

While social media isn’t viewed as favorably in the eyes of the general population, brands and technology, overall, received much more positive results.

Where trust wavers when it comes to the security of personal information with social media, only 28% had concerns about it with Amazon and 37% with Google.

Other notable positives that came out of the poll were:

These statistics suggest that all hope is not lost. Companies can still connect with its customers and online audience in meaningful ways, they just might have to do so without relying entirely on social media the same way they have in recent years.


Does This Mean It’s Time to Abandon the Social Media Ship?

Not at all. While people’s trust in social media has taken a dip, the majority of the population still uses it at least once a day. Based on the final statistic noted above, approximately 257 million people in the United States alone are logging onto Facebook, Twitter, Instagram, etc., every day.

What this data does suggest is that it may be time to pivot the way that you and your company are connecting with your digital audience.

Take into consideration the statistic reported regarding people’s views of technology in general. If you embrace a similar mindset when it comes to exploring the possibilities offered by technology, you may find that there are new ways to connect with your customers and online audience.

One such example can be seen in the use of chat features. Many brands have made use of Facebook chat as a way to add an even more personal touch. A chat feature that immediately connects a visitor to a representative of your organization allows you to meet the expectations of a digital, instant gratification world. But, in the wake of  increasing distrust of Facebook as a whole, it may be time to take your conversational marketing in a new direction. Adding a chat bot directly to your website moves the conversation away from social media.

Also, consider the fact that people have significantly more trust in Amazon than Facebook. A recent Bloomberg article reported:

“Amazon has been beta testing [video] ads on Apple Inc.’s iOS platform for several months, according to people familiar with the plan. A similar product for Google’s Android platform is planned for later this year, said the people, who asked not to be identified because they’re not authorized to share the information publicly.”

This would create a new opportunity for businesses to put their products or services in front of a digital audience on a platform they trust.

And looking closer to home, here at Impact we are using social differently. We’re building trust by giving our loyal audience a voice and a place to engage and connect, with a Facebook community of marketers sharing ideas and inspiring each other, known as IMPACT Elite.

Social Media may not be the internet darling it once was. As trust in social media is lost, we as inbound marketers must be able to adjust accordingly.

Thankfully, marketers are not strangers to change. We are very adept at seeking out new and innovative ways to connect with the digital audience.

How will you continue to be social while building and maintaining trust with your audience?  Share your thoughts with the Impact Elite community!