Social media platforms use intricate and abstruse formulas to deliver an endless stream of content to their users: friends’ baby pictures, targeted ads, updates from our favorite brands, weirdly polarizing content from people we knew in high school.

Formulas like this determine how your feed gets compiled — and have the answer to why certain posts bubble up to the top, sometimes from the depths of weeks or months ago.

Earlier this week, LinkedIn, the Microsoft-owned social media network for professionals and job seekers, released insights into how its feed gets built.

While its report certainly helps shed light on the complicated inner workings of a major social media platform, it also tells us something about SEO in 2020 and beyond.

LinkedIn uses machine learning to rank each post you see in your feed. The platform tries to determine how likely you are to engage with a post, which would trigger what it calls upstream and downstream implications.

The analogy works like this: If you engage with someone's post, you’re sending positive feedback upstream. That is, to the person who wrote or shared the content.

You are also creating an effect downstream. The post you reacted to may appear in the feeds of your connections. 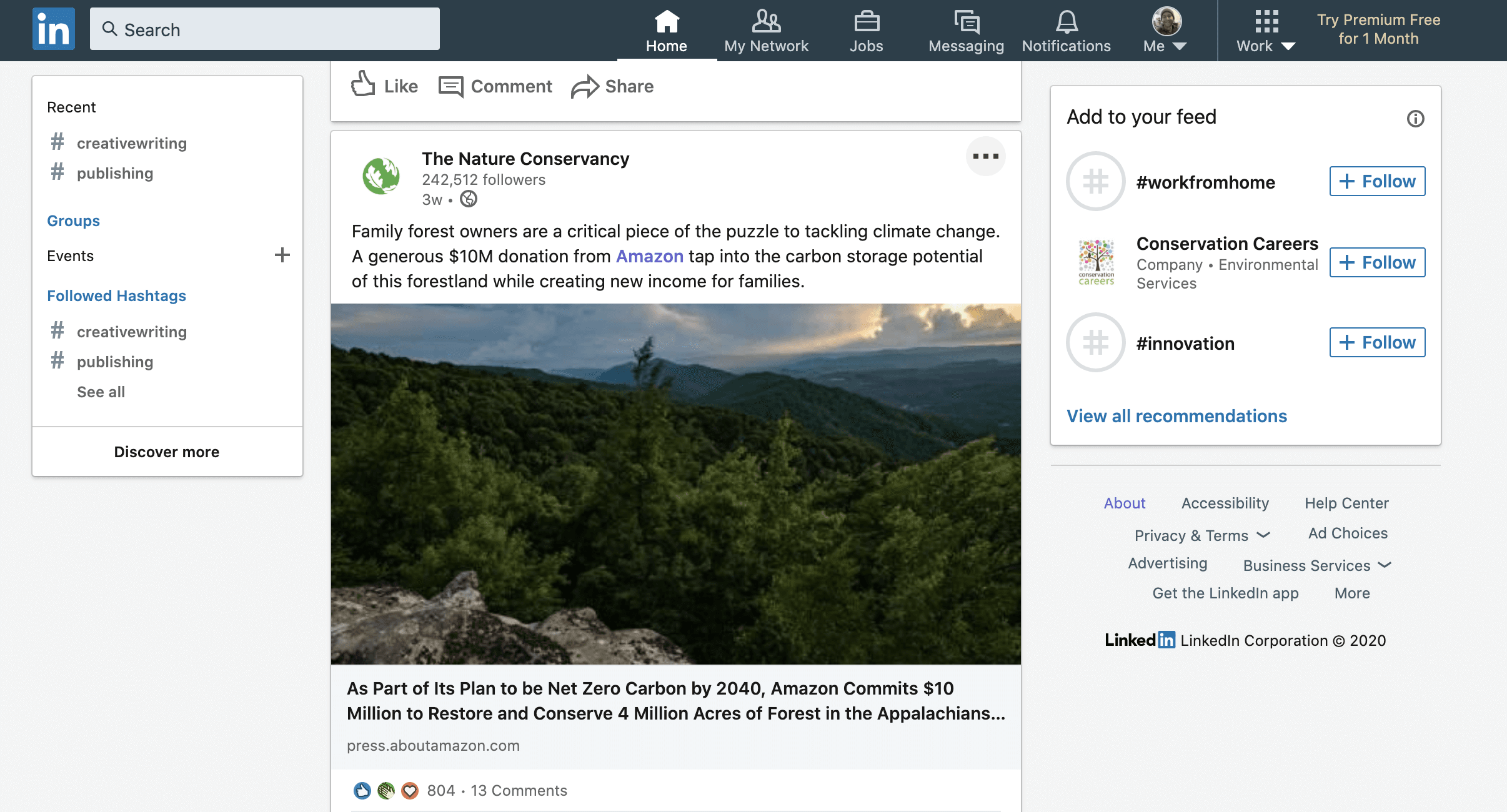 The trouble with this ranking is that it offers only scant insight into your engagement. Sure, you clicked "like," but what does that mean?

What if you opened an article but then quickly closed it? What about more passive users who tend to read posts without initiating an interaction?

In order to engineer a better user experience, developers at LinkedIn have incorporated dwell time into their algorithms.

‘Dwell time’ is a metric that has gained considerable steam in the SEO world of late. As for LinkedIn, there are two typed of dwell time at play:

Users make quick judgments about whether to scroll quickly past a post or stay long enough to read it. With the previous algorithm, such actions went unmeasured.

Second, if a user clicks through to a linked article, say, they might stay and read, or they might jump back to their feed.

Now, both of these actions are measured and plugged into a formula.

LinkedIn’s stated goal with this update is to serve users fewer of the posts they’re likely to scroll past without pausing, clicking, or engaging.

In recent A/B tests, developers "saw a large decrease in the number of skipped updates and observed that [their] members interacted much more with their feed updates through clicks and viral actions. In addition, members noticeably spent more time engaging on the feed,” according to the press release.

In other words, by adding dwell time into its algorithm formulas, LinkedIn was able to better serve its users the content they engage with.

(We should note that LinkedIn did not make any indication as to how this algorithm update would impact ads on the platform.)

Earlier this year, we published an article titled “Is ‘dwell time’ the next big thing for SEO?” Kaitlyn Pietro, IMPACT’s director of operations, predicted that dwell time would become increasingly important in SEO.

After all, having someone click into your page and then quickly back out again does not show true engagement, even though you’ve garnered a page view.

According to Narrative SEO founder Franco Valentino, “Dwell time is the length of time between when a user clicks on your website to the when they return to the search result.”

Although dwell time does not seem to be an official ranking factor, it has major SEO importance:

“As far as the SEO community can tell,” Franco continues, “dwell time isn't a direct rank factor, but is used to inform the machine learning algorithms that gauge the quality of a page. The longer a user stays on a page, the higher the likelihood that the page delivers a quality experience and answers the user’s questions.”

Accodring to Ahrefs, it is nearly certain that Google monitors dwell time to improve the search experience.

So, how can you optimize your site to increase dwell time?

According to Franco, “improving dwell time doesn’t have to be a chore. Think about the most valuable topics your reader wants to learn about based on the intent of their search. Answer their questions and add resources to the page that they will find valuable.”

As always, it’s essential that you think like a user: What would keep me on the page? What would offer me the most value?

If you provide value to your reader, if you obsess over their questions, your dwell time is likely to increase.